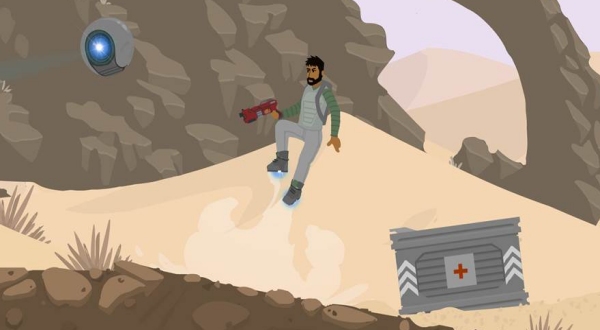 Hunt monsters. Farm for big guns. Kill monsters. Farm for bigger guns. Kill even bigger monsters. That seems to be part of the gist behind the upcoming 2D side-scroller from startup indie studio TimeMachine. The name of the game is called Gliese and it’s scheduled to arrive on Kickster this November. The developers have been releasing small tidbits of artwork and screenshots leading up to the game’s crowd-funding debut.

I know pockets of people will complain on forums and whatnot about sprite-based indies, but to be honest I don’t really care what a game looks like if it’s actually fun based on what it aims to achieve and does so effectively, efficiently and in an entertaining way. Heck, the main reason I keep being drawn back into Starbound is because the game is just genuinely fun; it’s the same thing with games like Edge of Space or Terraria. If they’re fun, they’re fun.

If Gliese can live up to what was described as a side-scrolling, action-shooter inspired by Borderlands, Shadow of the Colossus and Half-Life – and assuming those aren’t just buzzwords for promotional reasons – then I could easily see Gliese becoming one amongst many in my ever-growing Steam library. In fact, the only game that seems to be similar to Gliese at the moment is Windforge from Snow In Studios, which sees players hunting giant whales and other creatures using air-ships.

Anyway, you can check out the full screenshot of Gliese below. 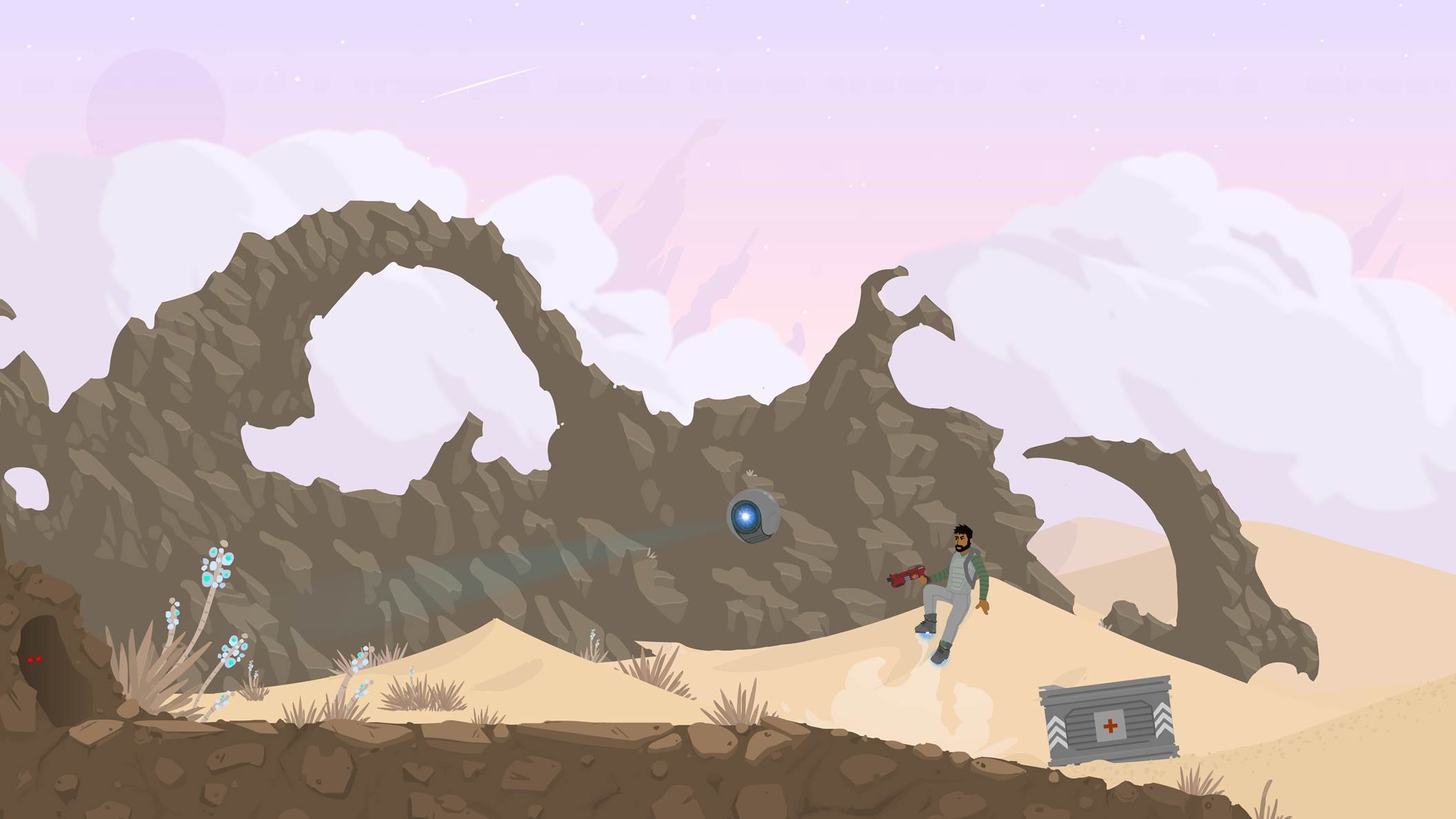 Gliese will be prepped to go live on Kickstarter starting November 3rd.

If you want to learn more or keep track of when the game goes live on the crowd-funding site, you can stay tuned in by paying a kind visit to the official website. I’m definitely looking forward to seeing how this game plays out and how the whole colossus thing ties into the gameplay. I guess we’ll find out on November 3rd.