#GamerGate: ‘There Was Never Any Sense Of ‘This Is Unethical’ Says Former GJP Member 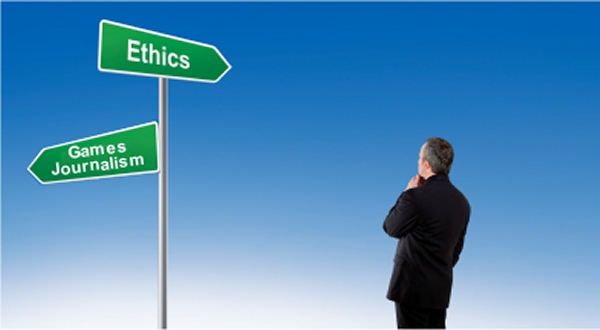 A former member of the Game Journo Pros list – a private mailing group for individuals working in the tech and gaming sector – has come forward to talk about the list and his time as a game journalist. John Funk allegedly held an AMA on Reddit (although he provides plenty of convincing testimony it doesn’t necessarily show that it’s a verified account by the mods) where he answered questions about his time at The Escapist and Polygon.

As noted at the top of the AMA…

“My name is John Funk. I worked for three years (2008-2011) at The Escapist as Games Editor – news, reviews, interviews, the works – took a break to go teach English in China, then joined Polygon as a video intern and later their Asset Manager (posting news posts about screenshots/trailers, managing our YouTube page, etc). I left Polygon at the beginning of this past year, and have been doing non-gaming stuff ever since.”

“I will maintain to the last that GJP did nothing wrong and, in fact, had more discussions about game journalism ethics than anywhere else in the media (that I saw).”

Anyway, John Funk was on the list but wasn’t frequently active. He uses his opportunity on Reddit to dispel that there was anything wrong with people from competing sites communicating with one another – which, in itself, is not a bad thing. However, Funk goes the extra distance to explain that there was nothing wrong with the list, and when asked if he had ever thought to disclose that he was on the list, he wrote…

“Absolutely not. Like I’ve said before, there was never any sense of ‘this is unethical,’ it was a professional resource (or place to shoot the shit about random things / talk about the games we were playing). I might as well have disclosed “I follow these games journalists on twitter and they follow me back.”

So what about Ben Kuchera pressuring Greg Tito into shutting down the Escapist thread about #GamerGate? What about Kyle Orland using the group to discuss a woefully inaccurate and factually inept conspiracy theory that he later gave the “okay” to publish on Ars Technica and was also later used at other (supposedly competing websites) without anyone stepping in and saying, “Hey, this is wrong”?

So, speaking of disclosure… someone in the AMA asked the one question that many people have been repeatedly asking throughout this whole fiasco: Why not release the full e-mails with the contact info blurred out? It’s not that hard to do.

“Unfortunately, not really. The group was shut down because there was a lot of private/contact information in there, and since people didn’t know how compromised it’d become, the idea that the archive was just there to be sifted through made people uncomfortable.

I still have the digest emails that I’d be sent every few days, but that would require a LOT of copy/pasting, and frankly, that’s a ton of effort for not really much good. Whatever we released, the GG side could always claim THEY’RE STILL HOLDING THINGS BACK. So there’s really no benefit to it, I’m afraid :(“

“The group was shut down because there was a lot of private/contact information in there…” that makes no sense… it wasn’t available to the public so what did it matter if there was contact info in there?  Only the approved members had access anyway. What’s more is that he says “people didn’t know how compromised it’d become”… what does this mean if you have nothing to hide? Who cares if someone on the list was leaking information? If the contact details were concealed then the only thing they would be worried about is the content of the conversations.

The appearance of corruption is just as bad as partaking in corruption. Anyone attempting to clear their name usually goes to great lengths to disclose what they can, mostly so that the facts speak on behalf of those accused of impropriety.

For example,  why did 4chan release the full IRC chat logs to clear their name but the Game Journo Pros can’t? Heck, 4chan even gave out the full logs to The Escapist to print in order to show everyone what was going on, debunking some of the conspiracy theories in the process.

Furthermore, there was really no reason for Kyle Orland and Ben Kuchera to start enacting McCarthyism if there was nothing to hide. Going into full lockdown and then attempting to contact the work places of the people they suspected of being the leakers – if there was nothing wrong with what was said in the group, why the paranoia? Why the attempt to silence any of the leaks? Why warn people and brace them to be prepared? Why not come forward and make the information available to the public?

According to Funk, this isn’t something that can even be discussed with #GamerGate because gamers don’t want to have the discussion. His proof? Check out the image below.

But of course, even when asked in the GamerGhazi AMA about the issue of impropriety and “sex for favors”, Funk brushes it off with his own worthwhile anecdote…

“I was in Iceland covering EVE Fanfest and a drunk girl in a bar was seriously hitting on me, and I suppose it’s possible she DID work for CCP. I politely turned her down.

TBH, some days I go “this is it. This shit is the new normal. Whoop-de-hoo,” and think that this is a level of sustained outrage that I have never seen. Other days I think that the furor over Modern Warfare 2 not having dedicated servers and not letting you lean over might have been worse.”

This mirrors Tech Radar’s editor-in-chief William O’Neal, who briskly joked in one of the GJP threads “Who here hasn’t slept with a PR person or game developer?” as noted on Breitbart. It’s the same William O’Neal who also stated…

Funk, however, dismisses that there’s nothing else in the e-mails worth discussing, and that this will all be over soon, writing…

“I think it dies down in the next few months with a few stalwarts continuing to carry the torch. Probably surges back up again next time a new Tropes vs Women video comes out.

“So not the “new normal,” but not going away for good, either.”

He forgot “Based Mom” Dr. Christina H. Sommers, Total Biscuit (who was frequently put down in the GJP conversations… because, well, he’s a YouTuber?) Boogie2988, The Internet Aristocrat, Mundane Matt and plenty of other up-and-comers who see the problems of today’s current media slant and the “agitators” who have made it their goal to push agendas that work against the growth and inclusiveness of the gaming industry.

As pointed out in an interview with Cleril Calamity Studios and in the discussion Stardock’s CEO Brad Wardell had with The Escapist, a lot of today’s problems in the larger gaming media outlets stem from a clique culture. So long as that establishment is in place I get the feeling that #GamerGate will continue to fight against it voraciously.

3 thoughts on “#GamerGate: ‘There Was Never Any Sense Of ‘This Is Unethical’ Says Former GJP Member”