#GamerGate: TFYC Was Doxxed By A Games Writer, Not Zoe Quinn 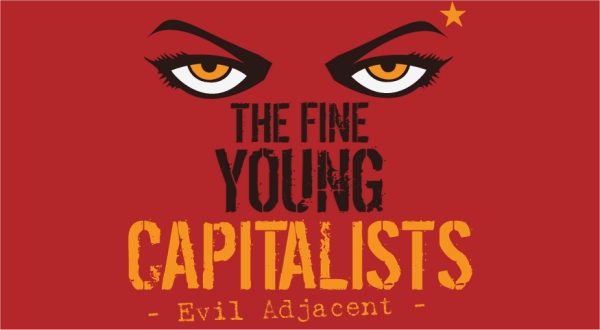 The Fine Young Capitalists have been through a heck of a lot throughout this whole ordeal (you can read up on some of the hurdles the pro-feminist Game Jam faced right here). A lot of their problems started when they were accused by Zoe Quinn and friends of being transphobic, accusations that were spawned from misinterpretation and knee-jerk reactions. Twitter. Professional model Dane Halo provided an explanation to Kramer, Quinn and the rest of The Fine Young Capitalists’ antagonists by explaining that TFYC’s policies involving trans-contestants in the Game Jam  were based on the guidelines rolled out by the official Human Rights Commission of Ontario.

Nevertheless, those accusations came with a heavy price, as the supervisor of The Fine Young Capitalists had his private information broadcast to the public; putting him in the cross-hairs of unstable individuals who sent death threats and abuse his way.

Rappard had written in the failed peace treaty that…

“Regarding our grievances with Zoe Quinn, an associate of hers, posted my Facebook information. Zoe did not add any information to the post, nor did she post my phone number or email. The subsequent death threat I received via email was not orchestrated by Zoe. Nor was the DDOSing of our website or the banning of us from Twitter. She was simply the most famous voice in a choir of people that did not understand the project.”

Kramer and Quinn were only involved insofar as spreading awareness of the doxxing – they were not the ones who actually outed Matthew’s name and location; it was a games writer. Well, he’s a former games writer now.

The GamerGate.me wiki editor, with the help of 8chan’s #GamerGate denizens, managed to discover that the original doxxing came from a Twitter account called Aerox47. The account is still up, as of the writing of this article. There were two pieces of information posted by Aerox47, one of which included Matt’s full name (which is now public knowledge following the outing of his information earlier this year) and the region of his location. As you can see in the censored screen grab below from back on February 28th, 2014. 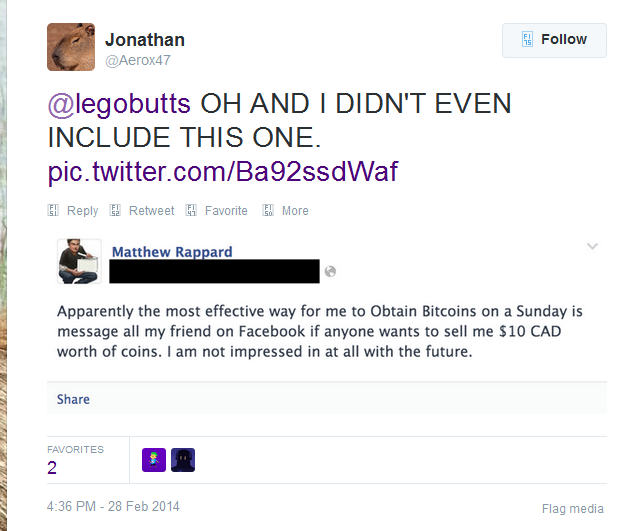 It was noted by 8chan and the #GamerGate community that Kramer wasn’t the original sender of Matt’s information but – as noted in the screen grab – she was simply favoriting and re-tweeting what Aerox47 was putting out.

So how was it found out that Aerox47 was a games writer? Well, the GamerGate.me wiki editor ran his Twitter information through the Bioischanged.com website, where it was revealed that Aerox47 used to have in his description that he was an “occasional writer at Destructoid”. As noted below.

Given that the Twitter account Aerox47 had the name Jonathan in the profile, I decided to check out if there was anyone who went by the name of Jonathan or Aerox47 at Destructoid. It is true, there is a profile there called Aerox. He’s done plenty of high-profile reviews for Destructoid.

I found out that his full name was Jonathan Ross from the Good Reads website, where he has a profile noting the kind of books he likes to read. In his profile he also notes that he was a contributor to Destructoid, and his profile name on Good Reads is Aerox.

I decided to reach out to the owner of Destructoid, Yanier “Niero” Gonzalez to find out if he was a paid employee or just a contributor. Gonzalez was very helpful, as he just wants to put a lot of the bad air behind him relating to the recent Destructoid scandal, noting that…

“Ross was never an employee, just a smart guy from our community who pointed out typos. He was active a long time ago, maybe 5 years ago.”

Actually, according to Aerox’s profile he was active just last year, in November. A few months before Matthew was doxxed. 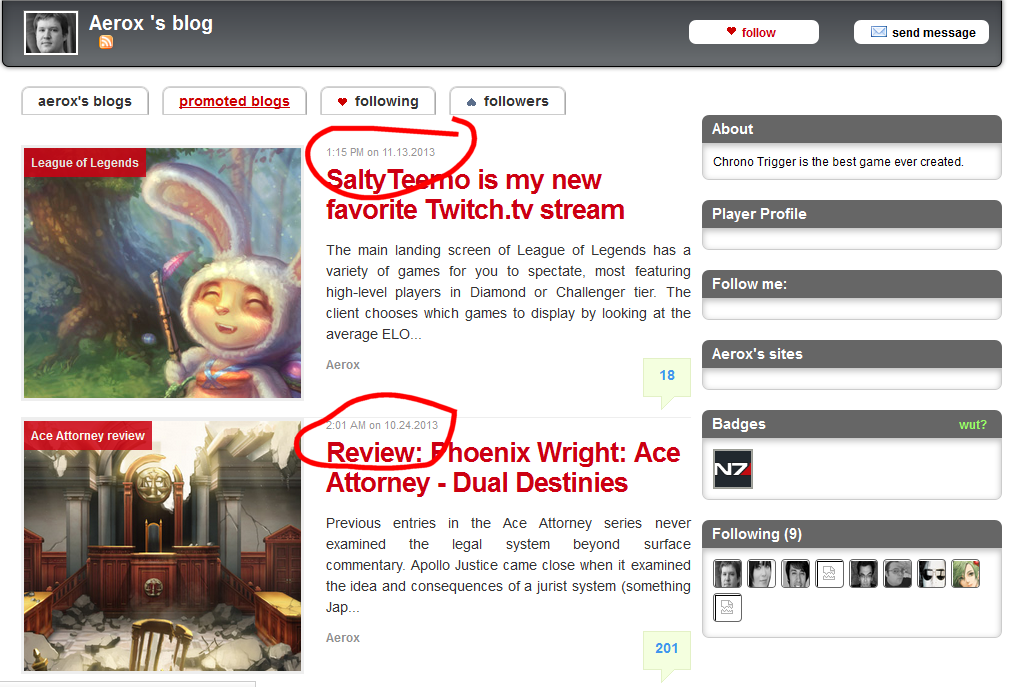 8chan and the #GamerGate community discovered a deleted Ask.fm by Ross, which gives a hint about his current employment.

After tracking down additional info, I was able to find out where he worked and contacted his place of employment directly about whether or not Ross intended to out Matthew’s information. His actions resulted in death threats and abuse sent Matthew’s way from people who were misled in thinking that The Fine Young Capitalists were transphobic. I also reached out to Ross through his Twitter account.

At the time of the writing of this article, neither Ross nor his employers  have responded.

“Finding out it was a reporter releasing the information, really doesn't change much. As they've certainly been jerks to him since the production began.”

Turns out that due to Matt’s name and location he’s very easy to find, and Ross making that information public to have people ridicule him and the Game Jam made Matt an easy target for harassers, abusers and for trolls to find out where he lived when his last name and phone number were spread around.

Unfortunately, games journalists have done nothing to rectify this problem after some helped slander The Fine Young Capitalists and refused to report on the full story, even after Jason Schreier from Kotaku had been in contact with Matt. Schreier previously mentioned…

Now that Zoe is no longer attached as the prime culprit of the “fake doxxing” of The Fine Young Capitalists, perhaps Jason will rethink his position?

Games media continues to refuse to investigate some of these cases, but if it involves fellow games journalists and writers committing legally questionable or inappropriate acts, we’re now starting to see why they are refusing to do their jobs or report on #GamerGate with honesty and factual accuracy.

24 thoughts on “#GamerGate: TFYC Was Doxxed By A Games Writer, Not Zoe Quinn”