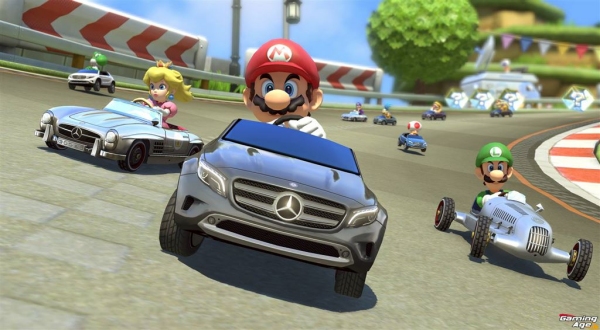 One of the benefits of #GamerGate is seeing how a collective group of people from all walks of life can come together for a common goal. In this case the goal is to root out and stomp on the corruption that has run rampant in today’s gaming journalism ring. One way of getting things to change is utilizing a consumer movement called “Operation Disrespectful Nod”.

The operation has successfully pulled Intel support and UAT sponsorship from Gamasutra, as well as getting Scottrade and Unilever to pull out from various gaming websites, too.

The latest pull-out is a sponsor of Gawker Media. It’s no pushover, either; Mercedes-Benz. According to Twitter user Christopher Tanner, he received the following e-mail message from the prestigious car manufacturer.

This is just another win in the long line of victories for #GamerGate.

As noted in many other threads, articles and pro-#GamerGate propaganda, keep the e-mails flowing and keep the pressure up.

#GamerGate is a scandal involving the poor ethics of game journalism. It needs to be rectified and the consumers are the one forcing a change by collaborating and revolting against the corruption running rampant in the industry.

You can show your support for the cause by keeping up to date with the Boycott of the Day hosted by Jayd3Fox on Twitter or by visiting the Kotaku in Action sub-reddit.

A lot of people may disagree with the denizens of #GamerGate enacting the only voice they have left since the media has been corrupt in their dealings with all those who simply want a cleaned up journalism ring and no more of the sociopolitical agendas dictating the narrative on who gets coverage and who doesn’t. No more blacklists on groups like The Fine Young Capitalists, and no more of this selective-fact reporting. Tell all sides of a story or don’t tell it at all.

So far, “Operation Disrespectful Nod” seems to be getting the point across quite well. If it works, keep doing it.