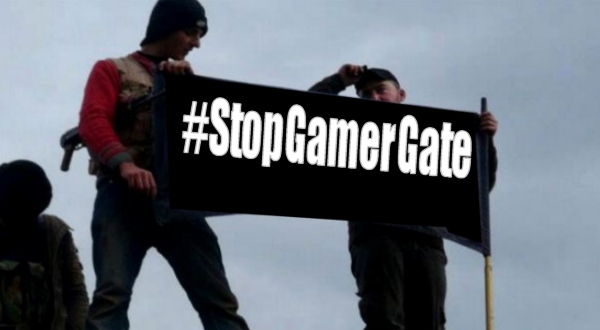 I’m sure there’s a good reason Devin Faraci from Badass Digest has more respect for ISIS than the people of #GamerGate, it’s probably because the people he’s allied with who are against the #GamerGate consumer revolt have now shown themselves to have literal ties to ISIS propaganda.

A new hashtag has cropped up called #StopGamerGate. The tag has been fitted with plenty of support from radical “Social Justice Warriors” who apparently hate pro-consumerism and have done all that they can to protect their journalist friends who have been outed in a corruption scandal.

However, the people who have rallied against #GamerGate – which was devised to stop the corruption running rampant in games journalism – have slipped up big time. Some of the individuals apparently have been using bots to help fill out the hashtag of #StopGamerGate, and in doing so, they actually managed to cross streams with an unlikely supporter: an ISIS spambot. 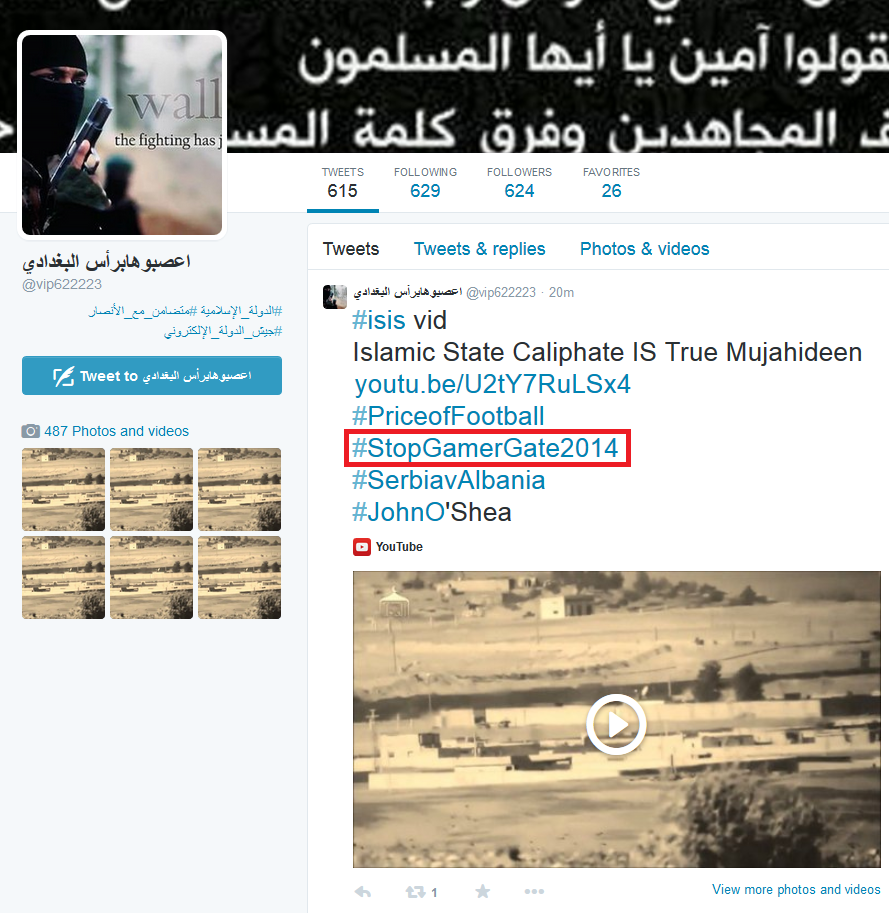 The account is a throwaway bot that pushes ISIS propaganda. It latches on to any trending hashtag and pumps various accounts with tweets/retweets/etc. Quite naturally, when #StopGamerGate started trending, the ISIS bot grabbed a hold, but not simply because it was trending, but because of a few other factors, too.

Originally there were comments of praise, as people figured that #StopGamerGate was an organically growing trend, with comments like the one below showing a sure sign of opposition to the #GamerGate movement. However, the #StopGamerGate tag shot up in due part to botnet accounts, as showcased by the multiple Twitter spam accounts repeating the same thing to help get #StopGamerGate trending.

And while a large portion of supporters may be heralding the end of #GamerGate from the comfortable climate of San Francisco in California, some of the more prominent members of the #StopGamerGate movement have been linked to a torrent of hashtag spam from… Malaysia, the likely place where the bots originated from. [Update: I was actually notified that the botnet comes from Jawa, Indonesia, which is a growing region for staging cyber-attacks, as noted by Bloomberg]

The bots have attracted all sorts of spam accounts (including the ISIS bot) to the #StopGamerGate hashtag, flooding it with a number of advertisements, interspersed in between actual people posting actual content within the hashtag, as evidenced in the image below, where ad-spam has filled up a good portion of the supposed discussion. It’s almost comical that sites like Kotaku and writers like Jason Schreier may be giving a platform of exposure to #StopGamerGate, but in doing so they’re also tangentially supporting ISIS propaganda – a group known for enslaving women, killing women and openly raping women. So what does that say about Kotaku?

It’s such a jarring thing to know that people supposedly out and against #GamerGate are being linked in their tweets and retweeted by an ISIS bot. I’m also sure Kotaku’s Jason Schreier loved having this show up in his Twitter feed. Huge props to 8chan.co and the GamerGate Escapist forum goers for the info.