#GamerGate: ‘If You Said Something You Regret, Be Prepared’ Says Game Journo Pro Creator 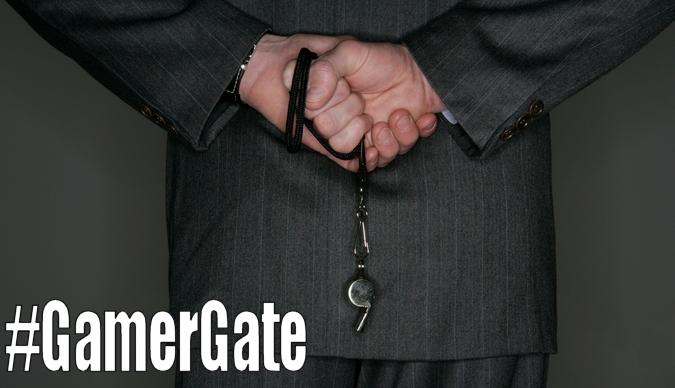 If you haven’t heard, Breitbart published another article about the Game Journo Pros. An ongoing saga involving the secret mailing list of gaming and tech media’s “elite” journalists that came out during the #GamerGate consumer revolt. Well, there were still some interesting moments taking place in the thread that didn’t go public… particularly involving Kyle Orland’s intentions to presumably clear his name in all of this.

No sense in wasting time, let’s get right to it.

Game Journo Pros was a private e-mail Google group that was started by senior gaming editor at Ars Technica, Kyle Orland. After an anonymous leaker let the information fly loose to a media outlet willing to print the story, it was promptly shutdown.

Nevertheless, the name of the thread before Kyle starting locking things down was called “It’s been real” (how poetic). The thread talked about how things were potentially coming to an end for the Game Journo Professionals, thanks to the leaks that led to the Breitbart articles. Orland first tried running damage control.

He also mentions that he received some “guff” from his editors about the list being exposed and him being in charge of it, but he says that they worked with him on running damage control for public appearances.

Scott Nichols, everyone’s favorite ex-Kraft media consultant, decided to field some Q&A with the public on the matter in an Ask.fm post.

If you were thinking Nichols would be objective about the situation, think again. He was toeing the line about #GamerGate being steeped in misogyny, and even had this gem to share.

Let me refer you to the images of what Ben Kuchera, an editor at Polygon, told Greg Tito, the editor-in-chief at The Escapist, as printed in one of the Breitbart articles Licentious journalistic behavior is just a common trait with some of these people. They even went as far as to try to push the same “harassment” narrative that they’ve been printing at their outlets toward up-and-coming websites like Gamer Headlines, but the editors there were having none of it.

Anyway, back to the GJP thread… a consensus was taken as to whether or not the whole group’s contents – the full e-mails – should be made public to help clear the name of those on the mailing list, with Orland dropping the question to the members in a thread that garnered more than 140 posts from different members. Generally, everyone (whose name was in the clear) felt the GJP e-mails should be made public. Britton Peele from the Dallas Morning News also chimed in, noting that if Milo was already publishing the Quinn thread, why not just make it available to everyone in order to clear the air? Well, Ben Kuchera certainly didn’t want the public seeing any of it… none of it. Public apology? I think the gaming community is still waiting for one from Kuchera and the rest of those who have been misprinting the story of #GamerGate, publishing factually inaccurate articles with willful negligence for the truth, and attempting to culturally scar gaming with their agenda-driven agitation.

But why would Ben’s bumptious attitude dictate why the group couldn’t be made public? And why didn’t Kyle make it public? Why did Kyle do the opposite? Why did he begin to lock people out and shutter the doors as if he had something to hide? The innocent would have stood by the decision to air out the group in the public domain to claim innocence, as it was suggested by most members in the thread. The guilty would have become paranoid, looking within for their own Judas, and aiming to shutdown anymore possible leaks, for fear of what it might entail. Why hide in fear if you’re not guilty?

Directly after Peele posted his comment, the thread’s access started to go into lockdown. Orland would not publish the e-mails for the public… at all.

So why are you hiding, Kyle? And why are you trying to hide the contents of the Game Journo Pros? If it was because of ignoring facts and misappropriating a media platform to push an agenda… well, that’s now out in the open.

There are still some threads that continue to call into question the integrity of those who call themselves journalists, but it’s funny that you won’t see the people who think that they’re in the right expose all the nitty-gritty to clear their name. Except, it wouldn’t clear their names and Kyle knows why… don’t you, Kyle?

16 thoughts on “#GamerGate: ‘If You Said Something You Regret, Be Prepared’ Says Game Journo Pro Creator”