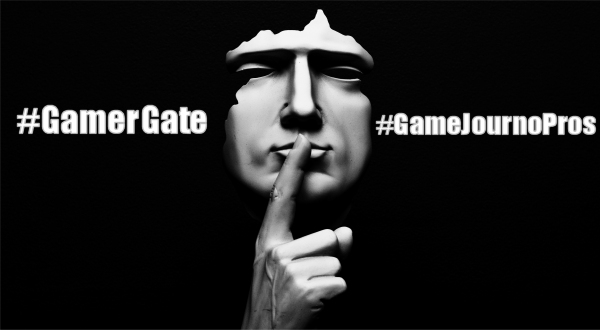 Amidst continued leaks from the Game Journo Pros mailing list, one of the few with a conscience has decided to at least discuss their involvement with the list, following lots of damning information that gave gamers every reason to be distrustful of the current climate of games media. James Fudge, the managing editor of Game Politics, has finally broken his silence about being a part of the Game Journo Pros secret mailing list.

Fudge took to Game Politics to discuss the Game Journo Pros list that he was a part of; the list contained many recognizable names from other prominent gaming news and tech sites.

As noted on Game Politics [also a backup just in case], Fudge wrote…

“My name is James Fudge and I was a member of the now defunct GameJournoPros, an email list for professional writers and wonderful human beings covering the video game industry and culture.”

“Unfortunately one member of that group has to be thrown under the bus in the name of truth. No apologies for that either, because all of it is public information at this point.”

The person he throws under the bus is The Escapist Magazine’s editor-in-chief Greg Tito. For those who are unaware, Breitbart posted some of the e-mails of the GJP members having a conversation that consisted of them attempting to coerce Tito to shutdown the Escapist forum thread that was discussing #GamerGate, in an attempt to silence all conversation about the topic. Tito, under great pressure, refused.

One of the worst perpetrators of that coercion was Polygon editor Ben Kuchera, who attempted to squash all dissent surrounding the twisted narrative that corrupt media outlets have been putting out, including outright lying to the general public and partaking in tabloid journalism – even from once-respected sites like Ars Technica. Here are a few of Kuchera’s comments to Tito regarding closing down the Escapist thread – which at the time was one of the last large gaming related outlets on the net allowing uncensored discussion of the situation, alongside 4chan.

Fudge writes out his defense, stating…

“So flash forward to that GameJournoPros email thread where The Escapist Editor-in-Chief Greg Tito was allowing a forum thread about Zoe Quinn’s sex life to thrive; keep in mind that this was roughly at the same time that Quinn was saying that she was being doxxed, and regularly receiving harassment and death threats on social media. Nude photos of her were also leaked all over the Internet. Seeing Greg (by all accounts a fairly new and untested EIC) faced with such a tough decision, I offered my advice – “don’t allow that thread to flourish.” Allowing a thread about Zoe Quinn’s sex life and repeating an accusation that wasn’t true wasn’t fostering discussion – it was throwing gasoline on an already untamable inferno”

“A model working under the name Locke Valentine – this is the woman currently known as Zoe Quinn – modeled for two websites I was affiliated with – she as a model, I as a photographer.”

3.) Greg never asked anyone for input on how to handle the situation, so what made Kuchera, Fudge and others assume that they should dictate the narrative and conversation happening on a competing website?

Fudge goes on to say…

“As everyone knows now, Greg didn’t see a problem with the thread, despite me pointing out in that email conversation that it was a violation of the site’s terms of use. He disagreed with that, and while I thought he made the wrong decision, I let it go. Other people had stronger opinions about it and voiced them. That was pretty much the end of it until the very first email leak from GameJournoPros over at Breitbart. It would be the first of many leaks that would try to accuse members of the GJP list of everything from corruption and collusion to group think on the whole GamerGate discussion.”

Ryan Smith wrote about the groupthink that enveloped some members of the group in his piece on Medium.

Smith’s comments about the groupthink mentality was echoed in actual threads where some members nonchalantly discussed bribery without a second thought in the world. As of the writing of this article, only Kyle Orland and James Fudge have made public statements regarding their involvement in the Game Journo Pros list, and only James Fudge has made a list acknowledging and absolving himself from partaking in any kind of corruption. Kyle Orland, however, only warned people to be prepared for what might be exposed.

The leaks have been made public for a month. After airing on September 17th, the members of Game Journo Pros had ample time to prove their innocence, but have refused to do so.

Keep in mind that there are four years worth of content in those e-mails, covering every major video game consumer scandal in the last couple of years. So there’s also plenty of reasons why certain members wouldn’t want the information out there.

“It’s important to state all this because I have been accused of engaging in everything evil under the sun as a “games journalist,” but aside from my (awesome) jokes and comments directed at colleagues in private virtual water cooler conversations, this “GJP” business is all sizzle and no steak. I also want to point out that different publications have different ethical standards, and doing any of the things *I choose not to do* does not mean someone is “unethical.””

Actually, taking money from a publisher and then giving the game a good review is considered bribery.

Taking an unrelated gift of considerable value from a publisher or media firm and then handing out a good review score is also bribery.

Receiving a check for $200 and then writing a review about a game without disclosing that information is bribery.

Having handsomely paid trips covered by publishers and attending lavish parties at the expense of that same publisher, and then reviewing a product without disclosing this information to the public, can be seen as a conflict of interest.

Screwing an industry rep and then writing about their product is a direct conflict of interest.

Heck, I find it distasteful when a writer could be fired at an outlet because a competing editor from another website chimes in and makes it known that telling the truth is a punishable offense when the outlet doesn’t have his back.

“The incident with developer interviews on Oct. 10 at The Escapist reinforces my belief that Greg is still learning the ropes. On a personal note, I do respect Greg and acknowledge that he is a good guy. We have all made mistakes.”

Some individuals have been actively trying to remove certain interviews from the Escapist Magazine’s interview collage and throwing Greg Tito under the bus for even allowing them to be present.

Of course, the interviews contain lots of useful information about what developers actually think about a lot of the radical voices speaking up and out against consumers, and some have avidly sided with gamers, such as an Xbox developer and senior Microsoft employee, amongst many others.

Near the end of the editorial, Fudge states…

“While members of GamerGate say that this “consumer movement” is about “ethics in journalism” (a very noble and worthwhile cause even if its current trajectory related to GJP is way off the mark), very real harassment is coming out of its encampment and there’s no reconciling that fact.”

The current trajectory related to GJP is actually very much on mark, which is why it’s likely the guilty parties from the Game Journo Pros list have mostly stayed silent.

In addition to this, James is also right about the real harassment… Boogie2988, real name Steve Williams, has been harassed quite a bit for doing nothing more than trying to stay neutral; he was also banned from NeoGaf for not adopting a hive-mind mentality, but that’s not surprising given that the site is ran by a known misogynist, and Boogie2988 has been doxxed and threatened. For what?

John Bain, also known as Total Biscuit, has also been harassed for supporting #GamerGate, even though he’s just recently had surgery.

I agree that the harassment is getting out of hand, especially for people who simply want to clean up all the corrupt journalists running rampant in the gaming industry.

I’m glad James Fudge was able to come forward to discuss the matter and add some weight to the discussion surrounding the corruption of games journalists, especially given the taint that the Game Journo Pros list has added to the overall view that many gamers have of the games industry.