#GamerGate Dev Interview: My Dreams Are In The Hands Of Media That I Largely Disagree With 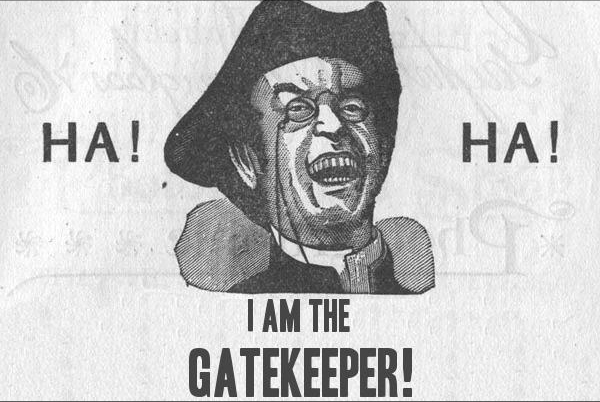 Being a game designer doesn’t mean that your title will get a fair shake for exposure. A lot of titles largely go unnoticed and even more fall flat right out of the gate even after receiving a bit of promotional loving. In today’s climate, gaming journalists only want to report on games that drive clicks, and games that obviously fall within the clique’s circle of promotional amicability. One of the independent developers who isn’t part of the clique and can’t find a bit of coverage from the larger outlets is Cleril Calamity Studios.

Going by the handle of Cleril, the designer has a visual novel on Steam Greenlight called My Name Is Addiction. It’s a very risque game that covers the controversial topic matter of pornographic addiction. One might think that it’s a topic that would be as important to pundits and interlocutors from the major gaming sites as a game that deals with questing through depression… right? Wrong.

Cleril has mostly put My Name Is Addiction off to the side to focus on his upcoming turn-based RPG called Haven. He explained in a brief interview that visual novels aren’t really his forte and that it was mostly to address a topic that hasn’t been approached in a mature or thoughtful way in today’s gaming scene…

“My Name is Addiction was my first visual novel I ever created actually. Usually I designed horror, RPG, and “experience” titles. More often than not I combine all three in most of my games. I’m also not exactly the most marketable visual novel creator given I hate drawing anime-like styles and I have no interest in crafting any sort of plots involving romantic relationships (My Name is Addiction didn’t really have romantic love in it).”

It would seem like a hot-button video game topic would really turn the wheels on the conversation machine; a small cog in the greater mechanical workings of bringing diversity and different perspectives to rarely-discussed topics within gaming… yeah? But after reaching out to various outlets there weren’t many who wanted to seriously tackle any kind of dialogue about My Name is Addiction. The game only managed about 750 upvotes on Greenlight and more than 3,000 downvotes.

As to why people may not have wanted to discus the game? He states…

“Even if I myself do not in any way shape or form advocate for banning pornography and don’t personally care if anyone uses it.

“The other reason I don’t think the gaming media wants to touch it is due to the fact that I don’t fit the narrative. I’m not very politically correct if that wasn’t obvious with My Name is Addiction. I consider myself a game developer first and foremost though and most titles of mine have very little to do with political viewpoints.”

At present, we’re seeing a lot of gamers negatively reacting to overly politicized reviews and news about games, which forgo approaching critiques of games for the quality of their gameplay (or lack thereof), their mechanical integrity as well as the consistency in their performance. For those of you who are a bit lost on this issue, GameSpot recently featured a reviewer scoring Dead Rising 3 on PC a 3 out of 10 because he didn’t like the game’s satire, and felt it worked against his social view of certain stereotypes.

I asked Cleril if the media’s current agenda-driven nature – which has kept #GamerGate alive and well for months on end – could end up being more detrimental to indie devs in the long run or if it will help get more indies to break into the industry. Here’s what Cleril had to say….

“I hate to be a realist here but I think overall gamers will dislike independent game developers even more. My personal experience has had gamers lump me into the category of “artsy fartsy pretentious indie dev” despite me not endorsing even calling My Name is Addiction a video game (to me it’s all semantics). Plenty of games made by indies that I’ve played deserve more credit and press attention. There is one particular story I remember reading on Gamasutra about a game called “I Get This Call Everyday” which had spent a year on Greenlight before getting any attention and then it got greenlit.

“It frightens me quite frankly how it takes a year or more for games to get greenlit on Steam and the only factor determining this is whether or not the media will throw indies a bone rather than if the product is actually good or not. It also frustrates me that my dreams are more or less in the hands of what seems to be a gaming media that I largely disagree with and would most likely disagree with me.

I know a lot of people point to YouTubers as an alternative to the traditional games media platform, but I don’t know if alternative games or visual novels really work well in the context of Let’s Play sessions. Although, I can’t say that with any certainty of fact because I haven’t done a study on it, nor have I really spotted many alternative games and visual novels on the YouTube channels I frequent.

Nevertheless, there are smaller sites out there that still pay attention to independent developers, with Cleril stating…

“I was absolutely impressed by RegretZero’s review of My Name is Addiction because Matt Chellen (the reviewer) did not even go down the political route.

“I imagine most gaming sites would fault the visual novel for the political views presented. My titles overall do not fit the narrative presented and actively oppose it.”

Matt Chelen is good people. This guy also helped me out recently on some #GamerGate material and writes for the Canadian-based site, Regret Zero. You can also find him over on Twitter.

The upcoming Haven continues a narrative of leaning closer to the side of being apolitical as far as story content goes, but still delving into some mature themes. The game itself features a brooding poet dealing with some heavy personal issues and depression.

I’m curious if Cleril will be able to get Haven more coverage than My Name Is Addiction? I mean, the former catching fire in the media circles wasn’t for a lack of trying…

“I’d just like to add that I again am not here to spread my political views. I’m here to make quality video games. I’m just frustrated that I can’t do that unless the media let’s me and it’s been shown they won’t let me.“

“It seems unless developers are politically correct they will not get press coverage. Even sites like Kotaku wouldn’t cover My Name is Addiction and I even sent it to them in an attempt to get jimmies rustled.”

I don’t think there’s necessarily anything wrong with games covering, discussing or challenging the status quota with a political slant, but I think a lot of gamers find it difficult to digest those views when the media aims to push the same politicized view as the game, and even more than that, vilifying and lampooning anyone who doesn’t see things their way, sort of like the forced worldview offered up by Rock, Paper, Shotgun.

In my own opinion, I think every game deserves an opportunity to be covered based on the principle of its own merits. Those merits may vary per writer, per website. I don’t like how some websites maneuver to prohibit writers from covering a certain type of game because it doesn’t drive a certain number of hits.

Nevertheless, with a bit of perseverance, some strong word of mouth and a bit of help from a media personality (or various websites) I think some games have a good opportunity to find its own audience.

With that said, if you want to check out Haven you can do so by visiting the official Greenlight page.

35 thoughts on “#GamerGate Dev Interview: My Dreams Are In The Hands Of Media That I Largely Disagree With”