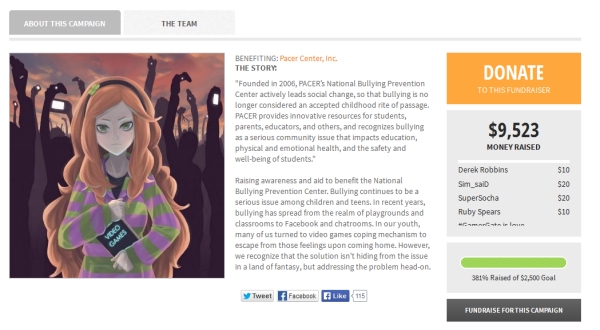 The war against game culture is never a dull one. Gawker Media’s Vallywag editor, Sam Biddle, has utilized Twitter to weaponize bullying against “nerds”. He was joined by fellow Gawker news editor at Jezebel, Erin Gloria Ryan, who decided to issue a $10,000 reward for unretouched photos of a #GamerGate supporter they would actually… screw.

APG Nation has a rundown of the events that transpired on social media, where Biddle, Ryan and others joined in on poking the bear.

First, we have Gawker’s own rolling out the following comments during National Bully Prevention Awareness Month. That’s right, journalists are advocating bullying during the month that aims to bring awareness to preventing bullying, as noted by the Stomp Out Bullying website. 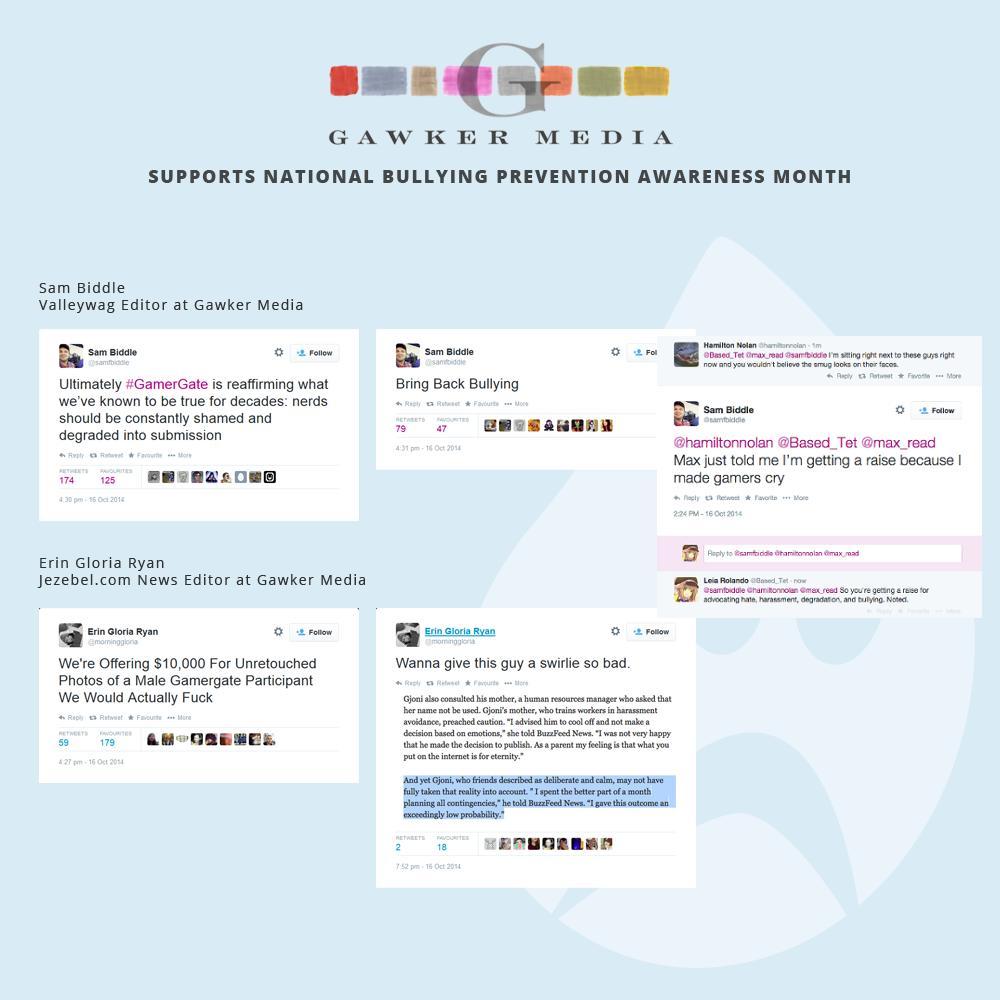 If that awesome image wasn’t enough, there’s another floating around showcasing who thought those tweets would be worth spreading around. Unsurprisingly, there are quite a few familiar names and faces attached to Biddle’s jib at gamers.

Don’t let me pull the flames out of the fire. Check out the image for yourself below.

In response to these tactless and crass remarks, the good folk of #GamerGate decided to respond with… kindness.

A GamerGater going by the handle of “Lo Ping” started up a charity fundraiser for the PACER’s National Bullying Prevention Center to help raise awareness to stop bullying before it starts.

The charity drive has already raised closed to $10,000 as of the writing of this article. You can check out the cause over on Crowdrise website.

It doesn’t end there, though.

Michael Cernovich from Danger and Play, a website known for fitness and activity, has chimed in to support gamers with a $10,000 wager to get Gawker writer Sam Biddle into the ring with him. Seriously. Check out the video below.

I wonder how long Sam Biddle would last in the ring with Cernovich? The guy looks like he eats bloggers for breakfast and tabloid journalists for lunch.