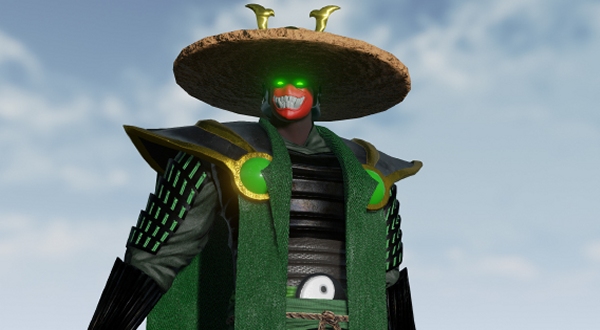 A new third-person hack-and-slash title has found its way onto Steam’s community Greenlight service, as well as the crowd-funding outlet Kickstarter. The game is called Alice In Tokyo Wonderland and features a young girl with a big sword who happens to have an affinity for hacking and slashing bad guys. The game has already received a bit of praise for its premise on Steam Greenlight, but it hasn’t been doing quite as well on Kickstarter.

Designed by President Nelson from Minneapolis, Minnesota, Alice In Tokyo sports decent graphics, lots of fancy martial arts, and varying degrees of sexy sword-play for gamers who are head-over-heels in love with games that sport fancy blade-swinging techniques in a sleek Japanese-themed atmosphere. You can see the the game in action with the promo video below.

Kickstarter – https://www.kickstarter.com/projects/1338180127/alice-in-tokyo-wonderland Steam – https://steamcommunity.com/sharedfiles/filedetails/?id=317245256 Alice in Tokyo Wonderland is an Action-Adventure Hack n’ Slash developed by just 2 people on the Unreal Engine 4 for PC, Mac, and Linux (Wii U, PS4, & Xbox One TBD). You take control of Alice, a student in Tokyo, Japan who accidentally follows her rabbit into Wonderland.

As noted on the game’s description of the Greenlight…

“Alice in Tokyo Wonderland is an Action-Adventure Hack n’ Slash developed by just 2 people on the Unreal Engine 4 for PC, Mac, and Linux. You take control of Alice, a student in Tokyo, Japan who accidentally follows her rabbit into Wonderland. With the help of The Legendary Vorpal Blade and Fierce Ancient Magic you will traverse the Whimsical and Treacherous World of Tokyo Wonderland.”

We don’t often get games like this on PC, even though they’re rather frequently released on home consoles – more specifically, PlayStation home consoles.

If you like games like Blade Storm or Gunz: The Second Duel, you’ll likely want to check out Alice In Tokyo Wonderland.

If you don’t have money to give to the game’s Kickstarter drive you can give the game a bit of upvoting love over on the Steam Greenlight page. I’m hoping we have more titles like this appear on Steam and break through the mold of the typical offerings. However, the game is moving pretty slowly on Kickstarter attempting to reach its $10,000 goal, but we’ll see how well it moves along if it can get a bit of loving from gaming media.

One thought on “Alice In Tokyo Wonderland Lands On Steam Greenlight, Kickstarter”