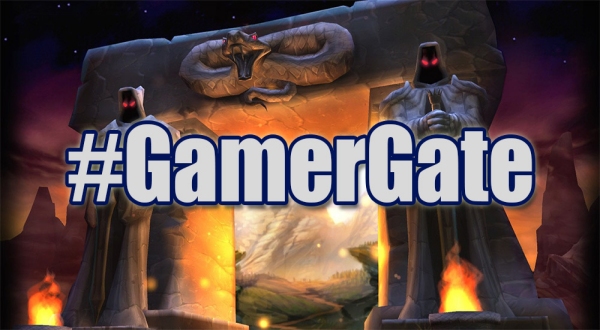 If there’s one thing I’ve learned throughout this whole revolution within game culture, it’s that truth and facts aren’t really the order of the day at many mainstream websites. Well, things have taken a very vile turn in the ongoing saga of the #GamerGate issue. Two Wikipedia editors have been doxxed (had unauthorized personal information posted to the web) by anti-#GamerGate individuals.

Originally I wasn’t even going to report on this, but given that there’s a landing page on /r/KotakuInAction, you can get a scope of what’s happening and how people are responding to this situation.

A screen-cap of the article is available here, where the personal identification information has been censored out. They list what school one of the editors goes to, their age and other personal  data about both contributors. Ironically,  the defamation of both editors seems to go against the sites own motto, which reads…

“We exist to shine the light of scrutiny into the dark crevices of Wikipedia and its related projects; to examine the corruption there, along with its structural flaws; and to inoculate the unsuspecting public against the torrent of misinformation, defamation, and general nonsense that issues forth from one of the world’s most frequently visited websites, the “encyclopedia that anyone can edit.”

This occurred in response to both editors wanting to update the #GamerGate Wikipedia page to provide accurate and factual information. As it currently stands – a snapshot of the page can be viewed below – it is incomplete and only focuses on Zoe Quinn, completely ignoring TFYC, Phil Fish and the rumored racketeering scandal, as well as the Australian media cronyism allegations (just to name a few events that have transpired throughout this saga). The article is marked for deletion due to the fact that it is factually incorrect, incomplete and vastly misinformative.

There are editors (to whom I agree with) that believe it should be deleted for now due to its inaccuracies and perpetuation of misleading information. The data on the Wikipage (at the time of the writing of this article) is not representative of the movement at all, and only focuses on Zoe Quinn and Anita Sarkeesian (the later of which has nothing whatsoever to do with the actual goals of #GamerGate).

One of the Wiki editors took to Twitter to express his disapproval of the smear campaign, posting the following message. The editor then went to 4chan in a sort of plea for help, given that major gaming media outlets refuse to report the facts and have opted instead to only report incorrect and misleading pieces about #GamerGate. Investigation into the matter seems to be completely ignored by most media sites and you won’t find coverage of it in the Google News feeds. Unfortunately, the supposed “justice” that the anti-#GamerGate crowd has been fighting for seems to be both selective and discriminatory. Then again, one of the major advocates against #GamerGate has been outed to dabble in misogynistic behavior.

In an unsurprising twist, one of the alleged individuals to be involved with the circumstance of the two Wikipedia editors, decided to post a somewhat inciting message… This is, by all accounts, disgusting and reprehensible behavior.

Justice cannot come soon enough for those ailed to suffer misdeeds at the hands of nefarious individuals.