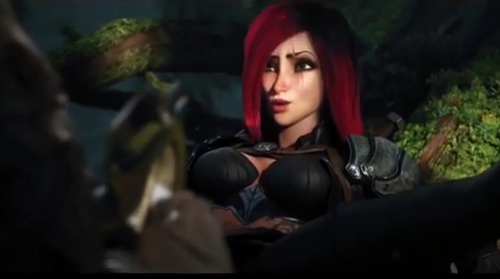 This is dangerous ground we’re treading on here, but I beseech you gamers to tread on it lightly with me. We’re going to be venturing into a video discussion about tropes versus gender roles in games, provided courtesy of the group The Fine Young Capitalists. They’ve decided to offer up their own form of critical analysis about the issues and they’re even nice enough to leave the discussion threads open for debates; meaning, you don’t have to just agree with what they say.

Now let me make one thing perfectly clear here: I’m not a social justice warrior. I’m not really a pro-anything. Heck, I don’t even associate with any specific political stance, other than maybe being somewhat moderately conservative with left-leaning principles… maybe? But the main thing is that – like anyone who hates to see bullying take place and unfair treatment exercised – I hate injustice. I hate it to the core of my bones.

The Fine Young Capitalists have come under some heavy fire after their unfortunate brush-in with those associated with Silverstring Media. The general gist of their campaign is to help more women get into the gaming industry. Their IndieGoGo campaign sees a pitch for a game made by a female, and then if it’s selected by the community in a public-poll, the game is put into production by the female-led Columbia-based design studio, Autobotika. Games idealized and created by women for everyone.

Well, there’s also this whole thing about blacklists and corruption. So if you have time to read over that stuff it’ll help enlighten you about why major gaming media outlets refuse to write about or promote The Fine Young Capitalists.

Nevertheless, TFYC are continuing to spread a message of equality by delineating into the subject matter of gender roles in games with their own series of videos.

Their first video is entitled “Another Castle” and it discusses the different influences and roles both women and men share in gaming and popular media. It’s a brief introduction into what I hope will be a thorough examination of the subject matter from the perspective of informed minds. Check it out below.

Please consider supporting us at https://www.indiegogo.com/projects/the-fine-young-capitalists–2/

The video offers a look at how the role of the “damsel” and the “hero” can be interpreted through media and why. A lot of it boils down to biological hard-wiring. The interesting thing about it is that through the expository examination of the topic, the question is asked about changing these roles?

Look, from where I stand I think that there are certain reactive practices based on psycho-physiological tendencies. Certain biological makeups seem to influence people more or less into certain behavior patterns that might influence the way people project that into their activities, desires and even hobbies.

So personally? I don’t think those base principles will ever change. But whatever, to each his or her own.

I think that having the discussion is as important as bringing the discussion to the forefront of industry without badgering anyone, threatening anyone or using victimhood to push an agenda. No one thinks that inclusion shouldn’t be discussed and no one thinks that tropes shouldn’t be discussed. What most gamers dislike is being clubbed over the head with a subject matter and being forced to agree with the end-argument or told to “GTFO”, sort of like what’s happening on NeoGaf at the moment.

Now unlike some other websites out there, you can drop comments of all sorts below, because quite frankly I don’t give a crap if people disagree or not. It’s your opinion, own it up.

If you like what The Fine Young Capitalists are doing so far, feel free to support the cause by paying a visit to the official IndieGoGo page.