The Escapist Gets Hit By DDoS Attacks For Supporting #GamerGate 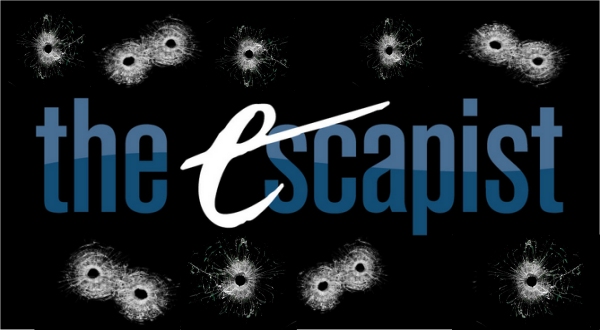 The Escapist Magazine’s forum has been hit with a DDoS attack. The last mega-bastion of safety, planning and taking in the refugees of the dismantled 4chan nation has briefly fallen. It’s not a fatal blow, but it’s a big enough hit to show that #GamerGate is making serious headway. In fact, after the Game Journalism Professional e-mails went live over on Breitbart, it’s been a steady downhill fall for the anti-#GamerGate crowd.

The attack on The Escapist is evident enough for anyone who tries to go to the forum. You can see in the image below that it’s currently offline, as of the writing of this article.

This was further corroborated by Defy Media site manager and The Escapist Magazine’s co-founder Alexander Macris, tweeted out the following message to confirm that The Escapist forums, specifically #GamerGate, was under attack…

This isn’t the only instance of an infraction against the #GamerGate community; those who are opposed to the movement have also taken to attacking individual members of the movement, specifically Jason Miller, the one who coined the #NotYourShield hashtag.

Miller took to Twitter to express his frustration over having lost his job, allegedly to those who are on the side of being radical justice warriors, tweeting…

He posted an image of an e-mail stating that he had been let go from his job.

These attacks are becoming more frequent as the heat intensifies from the rising fire brought forth by the storming hordes of angry consumers enveloped under the #GamerGate hashtag.

As noted by Erik Kain from Forbes, The Escapist wasn’t the only one being hit. 4chan has been compromised and Reddit was never really in the game.

Now more than ever, gamers need to stick to their guns as the radical justice warriors attempt to derail and shutdown #GamerGate at all costs. You can still join the fight with surrogate fronts constructed at MMO-Champion and 8chan.

The movement is close to breaking loose into mainstream at full throttle. Keep chucking coals into the fire… they cannot stop it from rising and exposing the corruption running rampant within the industry; they cannot silence the diverse voices of #GamerGate.