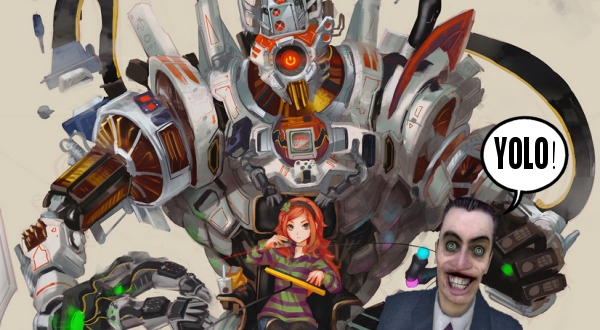 Those on the other side fighting against #GamerGate absolutely hate and abhor the fact that 4chan has looked so darn righteous throughout this whole fiasco. Those representing the radical left-wing extremists are actively trying to derail #GamerGate by interjecting that 4chan helped promote the #NotYourShield movement, as well as the fact that they donated $5,000 to help get Vivian James made, a potential new video game female icon that will, hopefully, live on through the ages. Well, another company chipped in some some support to The Fine Young Capitalists, and it’s none other than Garry’s Mod developer, Facepunch Studios.

Thank you Garry Newman for being part of a studio that stands up and stands against corruption. Many of us have been asking, Tweeting and writing to Kotaku and other large media outlets to help support The Fine Young Capitalists. However, there are nothing but vapid excuses put forward as to why the right thing can’t be done for a good cause.

Anyway, The Fine Young Capitalists took to Twitter and posted the following message.

The campaign is slowly getting there.

This whole thing has probably been a terribly exhausting ordeal for a lot of people, but it’s important that The Fine Young Capitalists come out of this as clean as possible. They were unwillingly dragged into this mess by those associated with Silverstring Media.

They’ve suffered multiple hit-pieces against them, with blatantly slanderous vilification using polemic jargon and derailment to bury these fine folks six feet under the digital roadmap. Why? Because they’re not part of Silverstring’s clique.

But enough about the bad stuff. If you haven’t done so already, feel free to check out their pitch video below. If you feel they deserve to have their voices heard in the industry, and you want to see Reddit and 4chan’s daughters appear in some video games, feel free to visit the official IndieGoGo page.