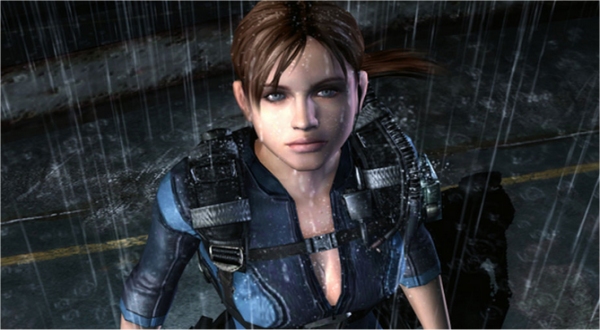 Capcom is still a conductor on the milk train, moving each of their franchises (save for Mega Man) through a re-release phase, and they’re doing it again with Resident Evil with the HD remake coming to the seventh and eighth-gen consoles next year. On the bright side at least Capcom is working on a new game… even though it’s only just another sequel.

Resident Evil Revelations 2 is the sequel to the 2012 and 2013 release of the third-person action-horror game where players assume the role of Jill Valentine, putting players back into the role of one of the original heroes from the very first game. As Jill players had to search out various locations for the whereabouts of “I needed to take steroids to fight zombies” Chris Redfield and his new partner Jessica Sherawat.

The sequel… well, the sequel… uhh… I don’t know. Capcom didn’t say. I have no idea what the sequel will be about because the press release doesn’t say. They did release a live-action trailer that you can check out below.

I have no idea if the game will evolve any of the concepts that Capcom introduced in Resident Evil 6 or if they’re going to experiment with something a bit different.

Crazily enough, there’s just nothing on the press site about the game at all other than some poster art and logos.

Anyway, I’ll keep you posted on more info regarding Resident Evil Revelations 2 as the news piles in. In the meantime, you can keep an eye on all things Resident Evil by visiting the official website. The game is due for release on the Xbox 360, PS3, PS4, Xbox One and PC next year. Sorry folks, still no love for the little Wii U.