Reddit Creates A Daughter For The Fine Young Capitalists IndieGoGo 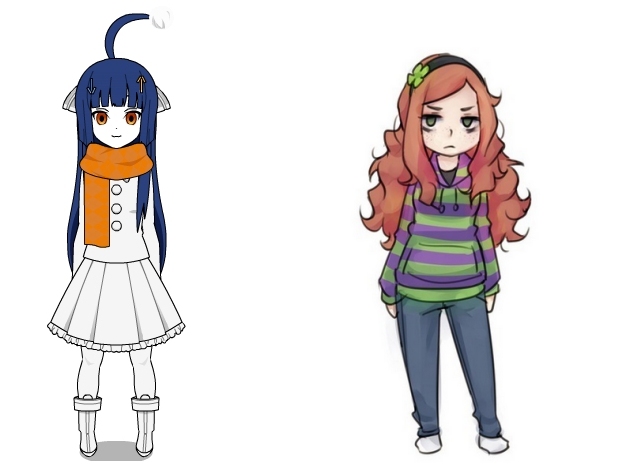 If you’ve been following the saga of #GamerGate you’re probably worn out, tired and completely exhausted with all the sex, lies and scandals permeating throughout an industry that prides itself on selling “fun”. Well, there’s some good news to report – even though it’s still frontlines of the #GamerGate saga – and it’s that Reddit has contributed enough money to the IndieGoGo campaign of The Fine Young Capitalists that they had an opportunity to create a new character for the campaign; they came up with Gilda Mars.

The Fine Young Capitalists took to Twitter to show off the newest addition to their assiduous efforts to get more games made in the gaming industry that star interesting and new female characters… made by females. Gilda is on the left while Vivian James, 4chan’s creation, is on the right.

Gilda Mars appears to be Reddit’s favorite character. Is Reddit cool with that or do you need more time?

Unfortunately there are a lot of people shadow-banned on Reddit just for mentioning The Fine Young Capitalists, just because of what happened between them and the associates of Silverstring Media. Sadly, they’re also on gaming media’s blacklist, so they aren’t getting coverage from larger sites. Sadly this means that it’s up to the smaller blogs to show support.

On the upside, at least 4chan and Reddit have shown some love. Most people agree that Vivian James absolutely kicks Gilda Mars’ butt. I have to agree. I think Vivian could easily go cross-genre, being in beat-’em-up games like Scott Pilgrim or Fist Puncher, or she could just as easily star in platforming titles like Mario or the Giana Sisters. I think she has a very cool, unviversal appeal… which is funny, because there has yet to be one positive female figure, game or project to come out of the anti-#GamerGate side. Amazing how that works, eh?

Anyway the group is moving right along at a moderate pace on their IndieGoGo, with 17 days to go and currently sitting at $58,957. Hopefully they can reach their $65,000 goal. They really need to hit that target as it’s essential for the cause of #GamerGate… it shows that collectively gamers can grow a progressive and inclusive sector of the industry without major gaming media websites (and even in the face of having them actively shoot down the cause and promulgate slander against those involved).

Stay strong. Keep your heads up. Remember, we’re winning and all they have on their side is attacks, lies and disparagement.