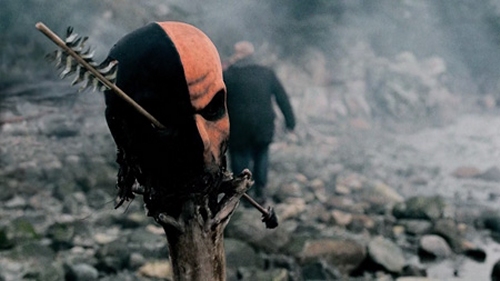 David Prassel and Spiral Game Studios have come out in support of the #GamerGate movement, hammering home the point of how corrupt, crony and ethically bankrupt sites like Kotaku and Polygon have become. Not only that, Prassel finally clears the air about all the slander that was thrown his way regarding Orion: Prelude and not being able to properly get his side of the story out (a trend that has carried over into the corrupted media’s portrayal of the #GamerGate movement and the one-sided attacks its spawned from many mainstream media outlets). In addition to this, Prassel is handing out 1,000 free Steam codes for Orion: Prelude.

Whether you like or hate the game, the fact that a developer is openly supporting #GamerGate with free game codes is a wonderful thing. It’s a much-needed signal boost that hopefully resonates with other developers to come forward.

Prassel took to the Steam community forums to lay down the law, saying…

“In 2012 there was a string of insane rumors about me that many press outlets (Kotaku, Eurogamer, etc) published without a single ounce of evidence against me. We work with PayPal, Task Sheets, Invoices, Integration documents (NDA, CA agreements) AKA a wide variety or proof if anyone really had any. Instead they just used quotes from people claiming whatever it is that they wanted.”

Kotaku is probably one of the absolute worst at being any sort of moral compass in the media industry, especially exercising their hypocritical stance on blackballing The Fine Young Capitalists while forcefully pushing this pro-feminist agenda.

Prassel goes on to explain that he did have to fire some individuals who stole equipment and then made up their own stories that the larger sites ran with (this makes sense because I was constantly being told how evil Spiral Game Studios is and how terrible Prassel was, but the only “facts” were the words from sites attacking the game and the creator for no discernible reason).

Whether you like or hate Orion, the first-person, co-op dino hunting game, Prassel makes it known that the media, the press and industry serves the gamer; without the gamer you’ve got nothing…

“But who is even better than these guys? The actual gamer. The gamer has to do a sacrificial act, a financial investment / risk. They have much more to lose than a company or press element, who receives free product keys and churns through many like its their job (because it is).

“If we impress the actual gamers who play the game – that is all that matters. They are our audience. You are the reason we are still here and have given us the opportunity to create the experience we had always wanted to deliver. Because of this we have worked for you the best we could over these last couple of years and will continue to do so for the years to come.“

These words have been echoed recently by Warhorse Studios’ Daniel Vavra, an indie developer, a Ubisoft developer and more. There are many gamers and developers trying to come forward, and Prassel’s support of #GamerGate – accompanied by free game codes – is a nice way to hopefully help open the door for more developers to join the movement.

Now I know most of you probably came here to grab some free codes so you and your friends can jettison off and start playing Orion: Prelude for free. As David explains on the Steam post…

I’ve given out many press codes over the years, all of which are copies that have or will upgrade into ORION: Prelude once activated.

Considering we hardly have any reviews created for our title (especially since 2012) I suspect many of these were never activated and I was trying to find the best use for them.

So they are for YOU, the gamers out there who haven’t yet had an opportunity to experience the game or possibly someone who already has and will give it to a friend. We will be handing out just over 1,000 codes!

So you can grab one of the 1,000 free codes from the bottom of this post right here.