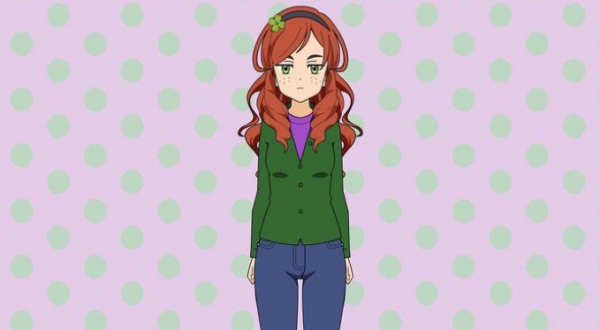 The #GamerGate movement has taken on a whole new transformation, moving from the confines of all gamers coming together to express their love and support for games culture, to female gamers who feel as if they are being overlooked, ignored and oppressed by radical left-wingers who are completely obsessed with the “straight white male” label. Well, these gamers have come together with the help and organization of 4chan’s /v/ to show that those who are on the side of being an extremist left-winger attacking game culture, they are #NotYourShield.

The current narrative in the news media is that gaming, being a gamer and game culture are all completely toxic; that all females are at risk of serious dangers by simply being involved in the games industry due to rampant misogyny and sexism. The narrative is being controlled by media, and – as you can see in the image below – the idea is to inflict a sense of “change” in the community by deeming the moniker of “gamer” as a trend that will soon become extinct. 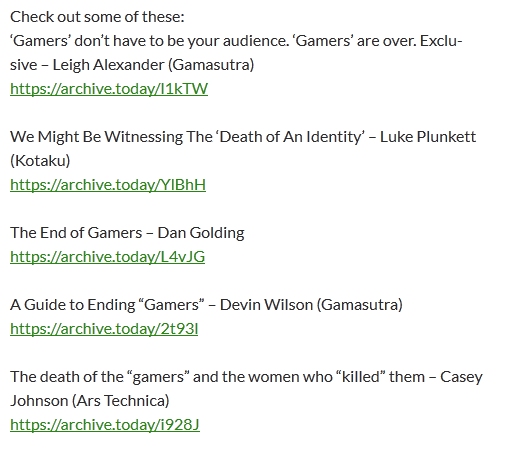 In this process, plenty of sites have only focused on demonizing gamers as straight, white males. One writer went as far as to say that the gamers participating in the #GamerGate movement are basically angry, pimply-faced 15-year-olds who don’t know how to express themselves. That’s some real good stuff coming from an author who said that gamers were worse than ISIS. 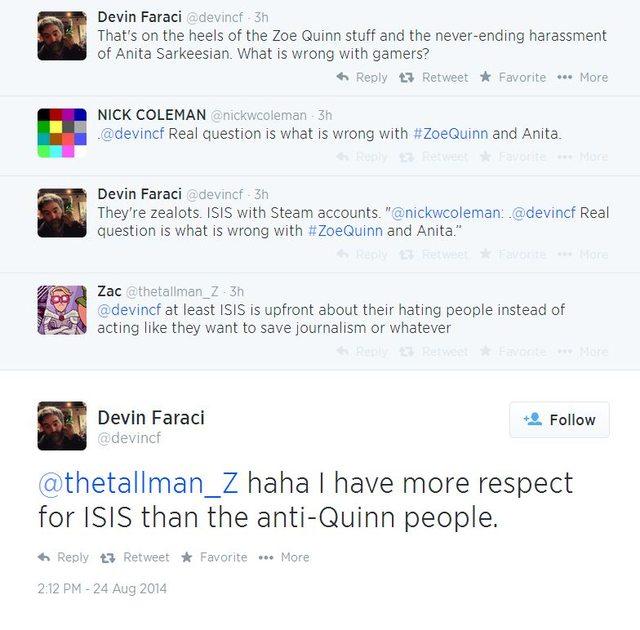 Nevertheless, real gamers – actual members of gaming society – and the community that loves everything that makes video game culture something worth celebrating have decided to take a stand and express their individuality. I’m not just talking about the standard gamer who has been coming forward to make their voice heard on the #GamerGate hashtag, I’m talking about non-white male gamers who have been attacked, abused and harassed for defending their love of being known as a gamer.

Instead of being punching bags or used as scapegoats by the radicals, we have minorities, transgenders, homosexuals, female gamers and all those who have been outcast by the left-wing extremists due to not fitting in their presupposed narrative, joining together and changing the narrative into something positive.

With various female gamers and everyone else in between coming from all over the internet, including 4chan’s /v/ thread – supposedly the “Cathedral of Misogyny” – they’re wielding the power of an individual voice through a collective social platform, utilizing the hashtag #NotYourShield. 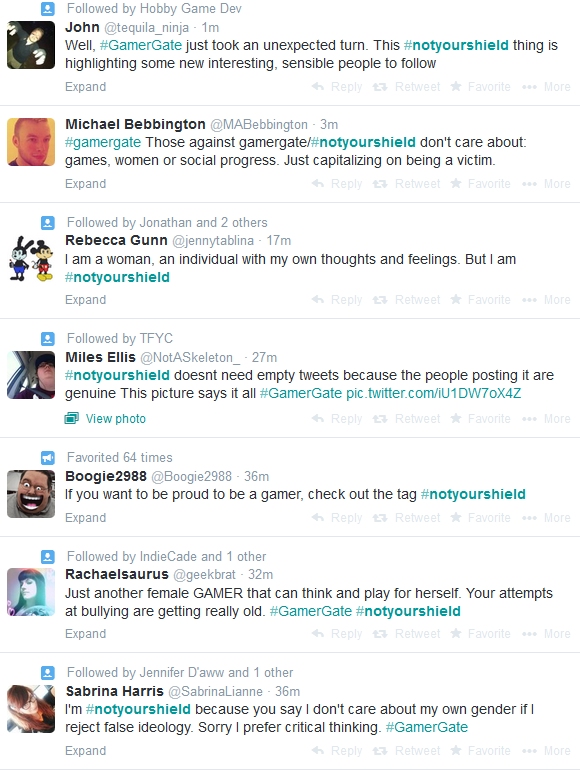 For too long the radical left-wingers have been lumping all gamers into one bracket, ignoring that no two gamers are the same, but we’re all alike in that we share a love for the art and engagement of interactive entertainment.

The #NotYourShield hashtag fused with #GamerGate gives us a beautiful rainbow of diversity, the likes of which shows that the narrative put forth by major media is both wrong and slanderous to all who adopt “gamer” as an identifier.

Beautiful… just beautiful. If I didn’t slurp tears for a living I just my shed one.

You can join in on the movement; make your voice heard through the power of social media. If you are compelled, just check out the #NotYourShield hashtag.

For those of you tired of the abuse and disregard of ethics and principles from the gaming media that work as the gatekeepers of information and how your culture is represented in news media, you can take action by e-mailing, calling or messaging advertisers for the larger sites who have condoned disreputable and reproachable behavior by gathering the information from this advertiser listing here and here for the major game sites.

4chan may be many things, but when the chips are down and the apocalypse comes knocking at the door of our hobby, we’re seeing that people will fight in unimaginable ways to retain and protect the things they love; /v/ is fighting for Vivian James. This coordinated community effort has never been more apparent or appreciated by any and everyone who has been brought together under the one banner that unites us all in this community… being a gamer.