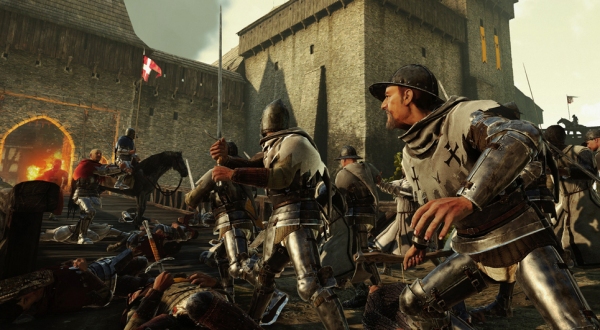 [Note: If you don’t know what #GamerGate is about you can find out about it right here]

Vavra is one of those badass mofos who just doesn’t care, and I respect him for baring his stance like a man with chrome-dipped titanium balls. He posted the following messages on Twitter, denouncing the radical “Social Justice Warriors” and their movement to kill the gamer culture, saying… Daniel Vavra’s comment is corroborated by another developer on the Xbox One team, who also came forward, under anonymity, to support the #GamerGate movement.

A lot of developers are extremely cautious how they tip-toe around the situation, such as indie developer Paul Hubans, who has been straddling the line after he made comments about being disappointed about the IGF scandal, saying on Twitter…

“And just in case it wasn’t clear from my previous videos, I never willfully aligned myself with any movement. I shared a video. That’s it.” … “Ugh, I’m shaking at how much I’m holding back right now. The rabbit hole goes deep and it’s full of shit.” … “A respite from everything that’s happening right now comes in the form of two pigeons outside my window that are making out and having sex.”

Son, the rabbit hole goes so deep that James Cameron doesn’t have enough money to build a drill capsule to get to the bottom of the hole.

Another indie developer of the visual novel Mirage Noir also showed support for the movement, posting the following message on Twitter.

Sadly, not everyone has ovaries of steel and balls of iron, and because of this there’s a stark fear of supporting the gamer movement through #GamerGate.

Nevertheless, Daniel Vavra already showed he’s a Honey Badger and decided to take it a step further after denouncing the radical extremists trying to bring about the death of the gamer, by asking if the guy who coined #GamerGate would be willing to star in the upcoming Kingdom Come: Deliverance

Kingdom Come: Deliverance looks badass, by the way. If you want to check the game out feel free to visit the official website.

If you want to find out more about #GamerGate, you can check out the information tag right here.