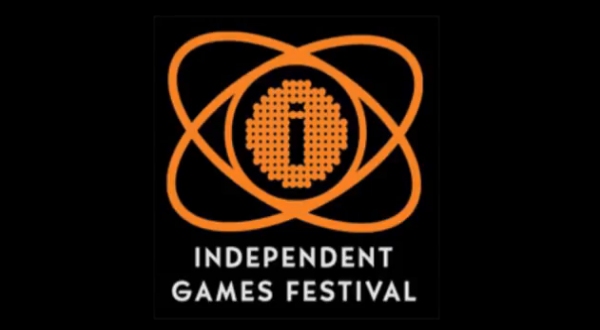 (Update: Silverstring Media has issued a public response about their company.)

A new video, information, images, documents and conversations have been made public relating to additional corruption attaching Silverstring Media and the Indie Games Festival (IGF) to the GamerGate scandal currently rocking the gaming industry. While I would usually have jokes to crack, memes to post and gifs to help roll out the narrative, I’m going to forgo my usual schtick and just feed you the relevant information, and you can take away from it what you will. Fasten your seat-belts, it’s going to be a bumpy ride.

So by now most of you following GamerGate should be up to date on all the happenings… yes? No? If not, I have a tag for The Fine Young Capitalists. Just follow the stories in that rabbit hole to get updated or watch this video from the Internet Aristocrat. Either one is fine. Okay, so we’re past all the catching up; it’s time to get into the nitty gritty… and oh boy does it get gritty.

YouTuber Carl Tsagan dropped a video that purportedly extends itself from the rabbit hole that was unearthed by the latest Internet Aristocrat truth-bomb. I’ve combed through the information and we’ll go over it once you finish watching the video below.

Now you know my philosophy on all of this? No doxxing, no shaming, no Jerry Springer crap. All the sex, lies and videotapes are left for the gossip threads; and this ain’t one.

It’s all about corruption and collusion here; if some of the sordid stuff gets mixed in… well, I try to trim around the fat.

On to the important stuff:

You probably read the pastebin file already about the conversations between an alleged former employee from the PR firm where Maya “LegoButts” worked? Well, she goes by the handle “chupacabrazier” and rolled out this bit of information…

“Regardless of how you feel about other women or a group like TFYC, slandering a group then acting like its because you are ‘concerned for equal rights’ and turning a mass of people against them is not okay. Unless women are being chained to their desks being forced to provide free ideas, then they would be free to leave at any time, and don’t have to participate if they don’t like it.”

That sentiment above was further corroborated by chupacabrazier on Reddit, as she made it clear that there was a lot of manipulation and scheming being exercised at the firm. Available for your perusal, for whatever that may be worth.

Moreover, for those of you who don’t know, The Fine Young Capitalists had their whole operation doxxed and shutdown, costing them $10,000. They recently made a public statement making it known that it was not Zoe Quinn personally who shut down their operation, but associates of hers (of which, there are many).

Furthermore, it’s alleged that the IGF is part of the media corruption ring. Here, the evidence provided in the video focuses on the ties Silverstring Media has with specific IGF winners or finalists. Outward connections between Silverstring and the supposed ties to developers like Lucas Pope and his IGF winning entry Papers, Please are at worst a vaporous mist and at best… paper thin.

For instance, the only thing you’ll find on the search engines is a Tumblr post from Silverstring mentioning a variety of games on the blog. It’s hardly damning evidence. Until you head to Twitter… 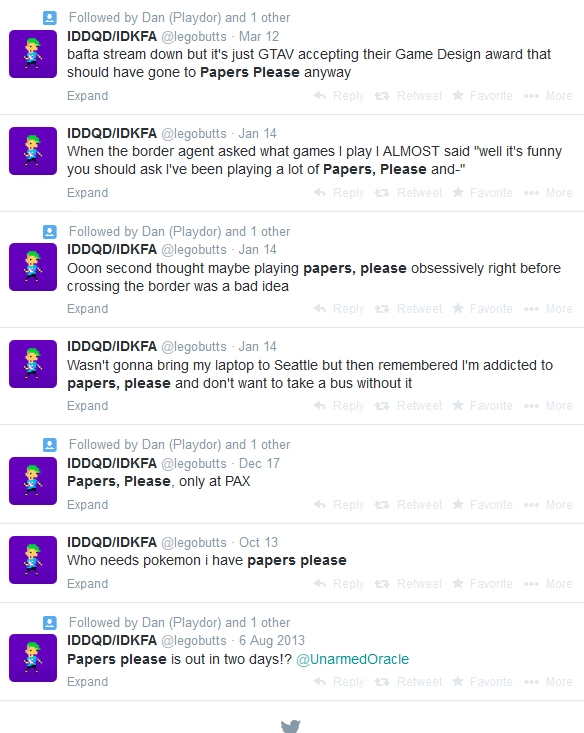 Silverstring is also only briefly ever mentioned in other gaming blogs; the most notable is Rock, Paper, Shotgun‘s brief coverage of Glitchhikers by Alice O’Connor… whose name seems eerily similar to the GamerGate advocate working under the pseudonym “Ariel Connor”. But I digress, there’s no point chasing ghosts with 4chan-worthy conspiracy theories.

I did check the GamesPress logs for any mention of Silverstring Media or their employees. Nada. But then again, the search engine on that site has always been wonky.

Additionally, there’s no evidence actually linking Papers, Please with Silverstring Media as the PR firm promoting the game outside of Twitter. Media inquiries on the Papers, Please site head to an e-mail address registered at the domain and there’s no further mention or logs that are easily traceable (in the public domain) linking Silverstring to Lucas Pope.

Some of the things that are made public are the connections and tweets that were shared between the IGF’s chairman, Brandon Boyer, and Maya Kramer. Additionally, we also find out that the connection to some of the other IGF entrants does extend beyond simple professional pleasantries.

Follow me a little bit on this information sprint: as far as close friendships (or relationships) go with IGF entrants, it looks like business could be mixed with pleasure. For instance, Rami Ismail, going by Twitter handle “tha_rami” – part of Vlambeer, the company behind IGF nominees Super Crate Box and Ridiculous Fishing – appears in multiple conversations with Brandon Boyer and Maya Kramer. People tweet each other. Big deal. As you can see in the image below, it’s all friendly banter with a side-order of sometimes-they-actually-meet-up-in-real-life-at-someone’s-house. 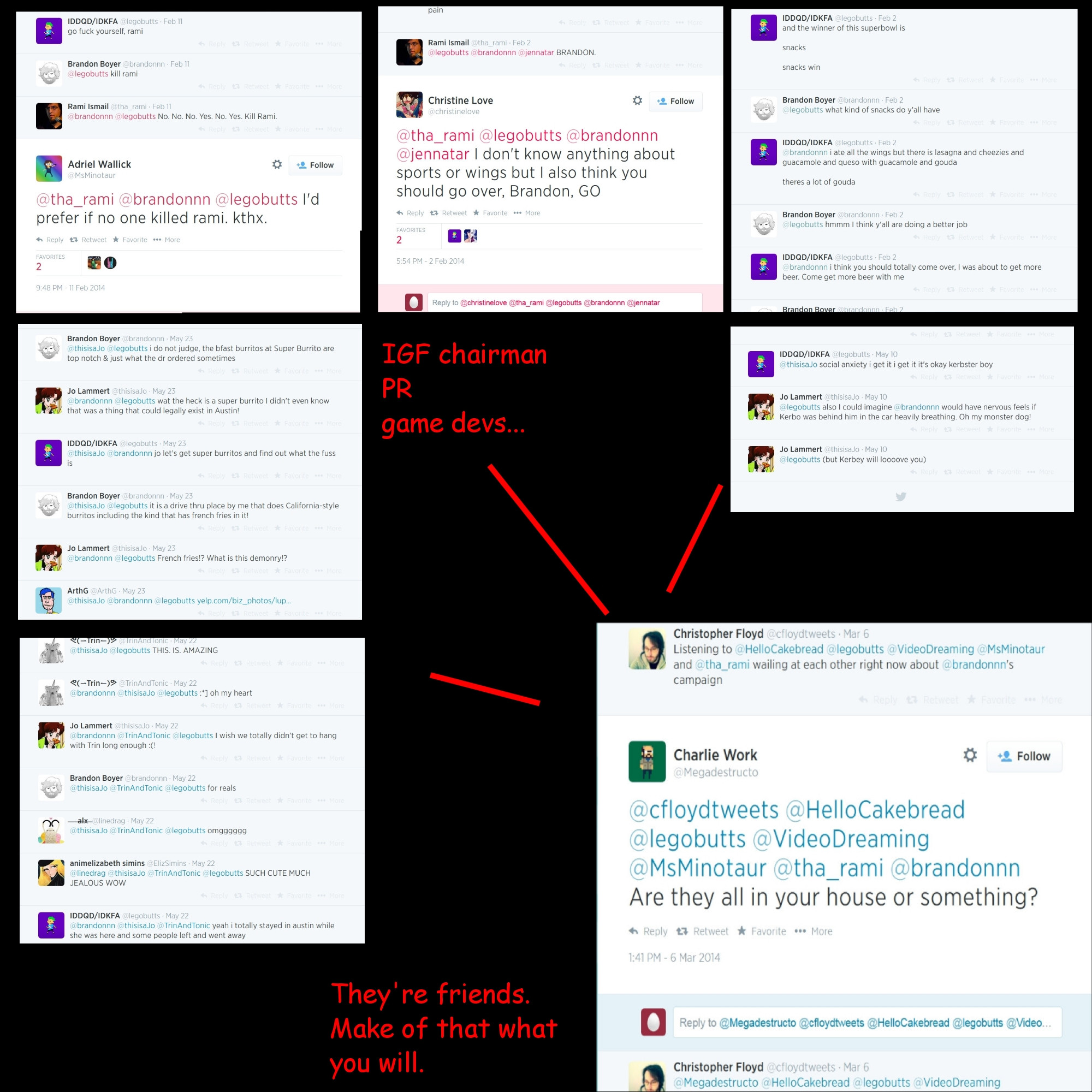 At most, one could say that Brandon is stretching a bit of his peer group by including people who enter the IGF. The camaraderie appears to take place over the course of months, between 2013 and 2014. In some regards I suppose it’s fine if someone like Ismail hangs out with them so long as his game isn’t being featured in the contest for that year. Right?

Well, things get a little muddier when the hangout group includes game developers, journalists and IGF chairman Brandon Boyer. Sounds like a meet-up at PAX in this conversation, but here there’s more talk about being over at the house with these people. 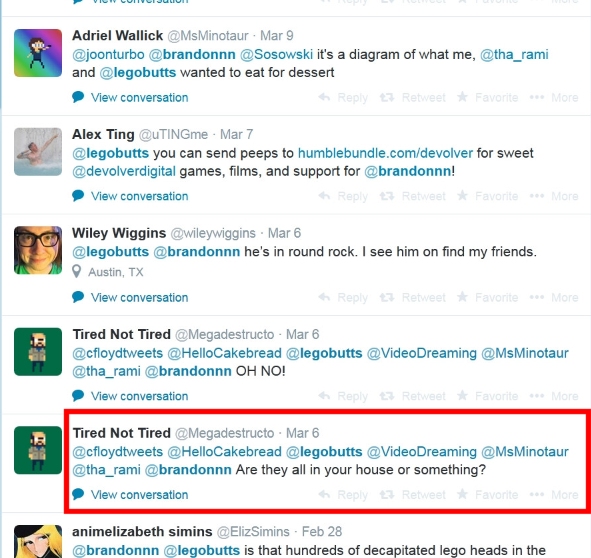 I also found it fascinating reading through the Google conversation about the group-think mentality around the term “gamer”. It was used almost in disgust, like “ew, gamer”. It’s almost identical to the series of articles claiming “gamers are dead”. Even though the document is a year old, the Silverstring media advisor, Zoya Street, is taking part in a conversation about how the group basically despises the term “gamer”. 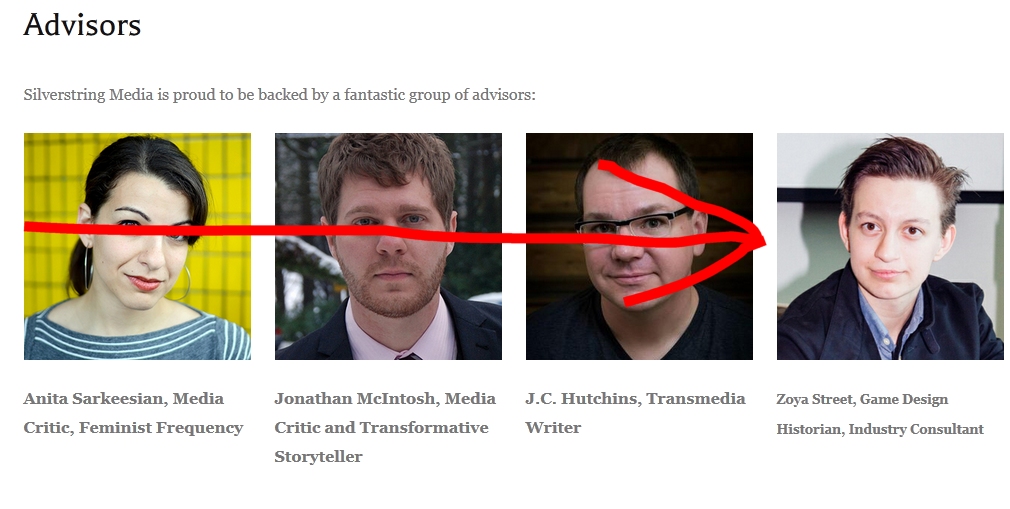 Now here we have something more than just flimsy bait. We have an active member from Silverstring Media conversing with others (some from other publications, others just students). I should point out that Zoya was not the one spearheading the conversation about killing off the gamer appellation; it was actually Alan Williamson, the editor-in-chief from 5 out of 10 Magazine.

Regardless, the entire group had convinced themselves that the term “gamer” was promoting exclusionary trends in the market and that they needed to find a way to use something more “inclusive”. Fast forward to August 28th, 2014 and we literally have a media tirade going head-strong about the death of the gamer.

Not only that, but it’s all coinciding with a recent string of videos and movements spawned from internet harassment to pillage any self-worth from the term “gamer”.

What does all this have to do with one another? Perhaps, it could be a tie-in with Silverstring Media’s conversation about killing the gamer, while advocating such means through the use of ideological social manipulation. There’s a pastebin file that allegedly lays out Silverstring’s media program to alter the culture and destroy the hegemony perceived to be dominated by the white male gamer. Their spiel is also reiterated on their official website. It’s worth a look if you have the time.

Keep in mind that the conversation for the death of the “gamer” involved Zoya Street – who also works with Anita Sarkeesian and Jonathan McIntosh – to push the agendas discussed in that Google chat out into the real world. In fact, this was recently tweeted by McIntosh as a sort of rebuttal against the #GamerGate movement. 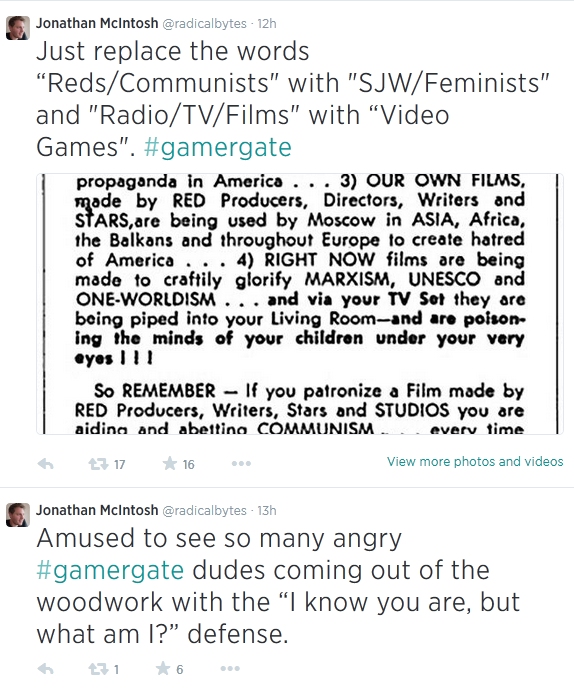 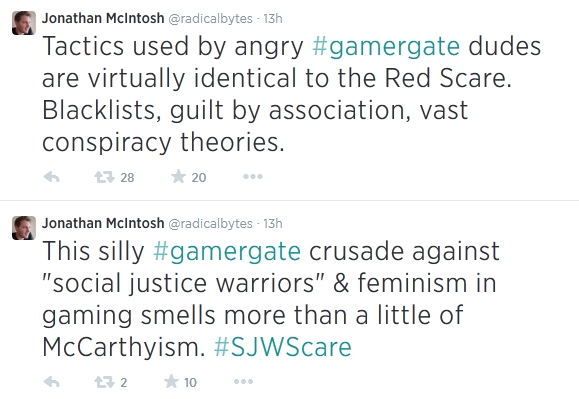 Saying this guy is pushing an agenda is an obvious understatement.

But what does all this have to do with IGF, media corruption and the “death” of the gamer identity?

Well, remember, Maya is PR for Silverstring Media. Maya is in good with Brandon Boyer. Some of the IGF game creators are in good with these people, and they’re obviously in cahoots with a certain Zoey Quinn, who – by proxy of relation – is/was in good with gaming media (we’re still dealing with a blackout on The Fine Young Capitalists). In fact, Extrasolar is another game being promoted by Silverstring Media, and also happened to appear on Gamasutra, one of the leading sites involved with the “gamers are dead” narrative. That’s not to mention that the Gamasutra article is about promoting Extrasolar on the road to… the IGF. Silverstring and Brandon come together once again.

I don’t know if you can see the twisted jigsaw puzzle coming together here, but yeah… it’s ugly… real ugly.

But before everyone gets it all twisted, let’s lay down a few ground rules here: Anyone in PR is in PR and they sell products or protect brands. That’s what they get paid to do. They are paid to push agendas. I’m not going to focus on pointing fingers  at Silverstring Media when they’re  doing their job, no matter how much us gamers might actually hate how they achieve their results, from the outside looking in.

What is, however, deplorable are the ties – if true – associated with IGF chairman Brandon Boyer and the media, the IGF game creators and any potential influence received from Silverstring Media. Quite naturally, if these allegations are true then, yeah, we’ve got a bit of a problem on our hands, and Brandon Boyer rests at the center of it.

Of course, this whole story is sadly put together from bits and pieces of information gathered from someone known as “Cameralady”; and until someone regarded as a more credible source decides to look into it, all we have to go on are the links and threads offered by what was present in the video above.

To this end, I implore those who wish to seek a further and more distinct truth to use their own resources and abilities to uncover anything that they deem worthy to expose to the audience that feels it necessary to have transparency about the connections and relationships between those promoting, hosting, and reporting on games, as well as those marketing and making games.

For those of you who would prefer to review all the information on your own accord you can check out the links through this post on The Escapist forum.

Additionally, you can re-type the links into your browser using the image below. Hopefully, those who claim that their credibility is not on the line will do a further investigation into the likes of Brandon Boyer.

I know some people will say this is an attack on Brandon Boyer, but the information speaks for itself. I mean, Kotaku attacked Max Tempkin on far less information and thought it was okay, I’m sure they’ll have a full exposé on this given all the material they have to work with, am I right? Ethics, and all that jazz.

Huge shout out to 4chan’s  /v/ and /pol/ for taking the time to help fact check the video and ensure that the information was correct, and the Escapist forum members for doing their duty and stay up on things.

I know poring over facts and ensuring that the truth is objectively displayed to the public is supposed to be the job of journalists… but unfortunately we don’t have any in the video game community.