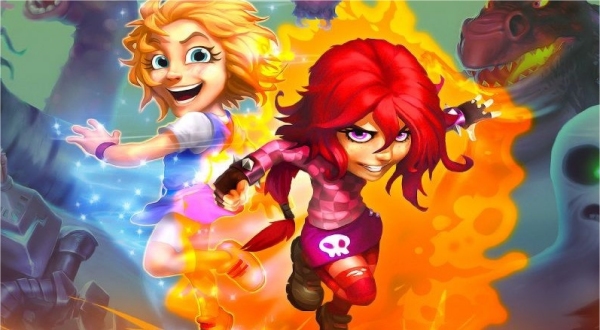 Here’s a bit of a break from all the completely depressing and downing #GamerGate news (and be warned, there’s more inbound, so hang on to your butts). But there’s news coming out of Nintendo Life indicating that the Kickstarted platformer from Black Forest Games will be getting a sequel. That’s right, there’s a Giana Sisters 2 currently being prototyped for the eighth generation home consoles.

Black Forest Games is responsible for reviving the side-scroller that originally gained a name to fame as a Mario clone back in the late 1980s. After getting an overhaul using today’s technological wizardry and pushing forward the aim to get more female protagonists out and about in gaming, Giana Sisters: Twisted Dreams managed to turn enough of a profit to allow the developers to pursue a sequel… and that’s marvelous news!

According to Nintendo Life’s editor, Tom Whitehead, he managed to get in word with Black Forest Games at this year’s Reeperbahn Festival in Hamburg, Germany, where they revealed that one of their future projects is Giana Sisters 2. The team is apparently gunning for a 2015 or early 2016 release on the Wii U, Xbox One and PS4.

If you’re unsure what the game is about, fear not for a gameplay video featuring eight minutes of footage is available for your viewing pleasure below, courtesy of Youtuber deluxe345.

Info Giana Sisters: Twisted Dreams is a challenging fast-paced platformer with a twist. You can warp Giana’s dream world to transform your abilities and surroundings. Use your skill, speed, brains, and powers to defeat the dangers that populate these twisted dreams! Cute Giana moves with speed and grace, twirling past hazards and adversaries with a light touch and gentle heart.

I’ve always liked the sort of fast-paced, streamlined side-scrollers… I think they add a lot of verve and dimension to the platforming genre, especially the really cool ones like Pandemonium. Man, I really loved that one. Funny how it featured a non-sexualized female protagonist but no one bothers bringing that one up, eh?

Anyway, Black Forest Games still has a lot on their plate, as they’re currently working on and fixing up their Early Access title, DieselStormers. It’s another game I wish I had time to play but definitely plan to purchase during a Steam sale just to add it to my ever-growing library of games I own but never installed.

I’ll keep you posted on more info regarding Giana Sisters 2 as it becomes available. In the meantime you can learn more about the developers by paying a kind visit to the official website.