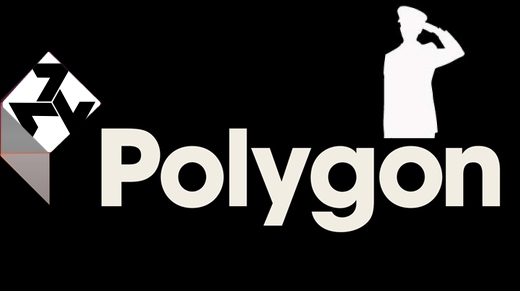 Times are strange right now. Proletarians are afraid to speak out. Media has a blackout on facts; suppressing the truth for their own wicked ends. Corporate powers stand silently in the shadows waiting for a break in the two-sided tension, neither helping nor hindering the movement from those who feel as if they are being oppressed, ostracized and attacked. One side cries and screams to be heard while being shouted down and demonized for not adhering to a proposed new world order.

Sounds like a stark recount from some 20th century central European history book, doesn’t it? What if I told you that’s exactly what’s happening right now in the gaming industry? Mind. Equals. Blown.

This isn’t even an exaggeration of events, just how gamers are feeling as the media powers-that-be continue to dictate a cruel and uneven narrative – even despite positive things like the #NotYourShield campaign coming out of it.

Major websites paint gamers as “misogynistic rape-apologists”, throwing and pelting them with every ounce of vitriol that they could muster. Sites like GamesNosh have stated that this kind of behavior from the major media will result in their slow and uneventful death.

Well, one independent developer has come forward in support of #GamerGate, and not just to be “hip” or “cool”, but to push for serious issues of reform in games media due to the future of games culture and how some sensitive topics might be handled.

In an interview with TechRaptor, an anonymous developer from a post-Soviet Union nation came forward – also of note, the developer worked in the news media journalism field – talking about some of the issues that developers could face down the road depending on if #GamerGate is a success or not, saying…

“I cannot speak about the AAA side of the industry but in light of the latest events, I feel sorry for the indie scene. The main reason I decided to make an indie game was a well-known movie about the indie scene where now well-established developers posed themselves as artists. They praised independence and creative freedom and pissed on AAA studios.

“Today we are on a crossroad. Direction A means w, [sic] as indie developers commit ourselves to censorship and Direction B means we keep our “artistic freedom.” I was expecting the very same people from the movie to push events in Direction B’s favor but now one of them agrees that gamers are dead, one of them whines and acts like a toddler and others keep radio silence.

“So yes, I feel sorry for indie scene. Today the indie scene is betrayed and raided by clueless people.”

That really nails it home doesn’t it?

I think his example of “Direction A” and “Direction B” is spot on. We’ve already seen games like Hotline Miami 2, Castlevania: Lords of Shadow 2 and Dragon’s Crown (to name a few) take massive beatings from the far-left extremists (who, in a way, seem to operate more like far-right conservatives) over the insinuation, portrayal or depictions of women and sexualization.

Now I’ve written pieces before about some games and their depictions of rape – I’m not going to link to the piece and I’m not going to name the game that I lambasted – but it’s funny that if you look around the net you’ll find a Jim Sterling counter-piece to the article (before he game a social justice warrior) defending that certain game to have a right to its expression – no matter how vile and vulgar the content. According to Sterling, the content had a right to exist as a voice of entertainment, even if he didn’t agree with it. Amazing how the tides have turned, eh?

“As I mentioned before, my game is about a taboo topic, and I am doomed to be called sexist, a misogynist and victim blamer by some in the media. In a healthy industry, every game would be judged by quality and not by how it reflects current agendas. If games are art, we must agree that art is not a concrete substance. Realism is a valid form of art. I love realism. Frankly reality is gray. So, excuse me if I don’t buy irrational feminists white and black ideas that men are inherently rapists and women are victims. As an artist, I want to explore every side of the issue.”

When talking about a “taboo topic”, I’m instantly reminded of the game The Kite from Anate Studio, about a Russian woman who suffers through some terrible tragedies in a struggle for survival. I sometimes wonder how games like that would fare in today’s socially-triggered climate?

Over the years I’ve also become a bit more tolerant of games that “push boundaries”… one part is because I’ve no energy left to argue about irrelevant things like that, and the other part is because everyone has a right to explore various subject matter as they see fit, so long as it doesn’t hurt anyone. It’s how we end up with games (or visual novels) like My Name is Addiction.

“On the historical experience note – the history of the last two centuries in my country is a history of oppression and censorship. The brightest minds of our society were executed and alienated by authorities. The only acceptable topics in art were topics mandated by censors. In the result a once rich culture drained and became anti-art. I know how dangerous censorship is. Censors killed culture with several centuries worth of experience and now imagine what they can do to a culture as young as video games.”

Hit the nail on the head.

A lot of gamers, I believe, feel the same way. Not all of us are capable of articulating the need to preserve the sanctity of expression and the freedom of that expression, but I think the developer hits the nail on the head.

But the one thing that stood out the most to me was the assessment on the current blackout and suppression of speech by the larger gaming media sites (sans The Escapist) who have gone over and beyond to censor, dictate thought patterns and inculcate socio-political agendas at the behest of a movement not everyone agrees with.

“The magazine, where I worked, was a right wing publication and even they omitted name calling. Not a single mention of communist, Marxist or something like that and you know why? Because every editor was a professional journalist. They knew what ethics was, they knew one sided arguments and name calling was cheap.

“This kind of attitude led our nation to open dialogue, helped us to discuss touchy topics and in result we are just a bit better society. We need same approach in the industry and not the Polygon like approach where journalists and moderators label you as a rape apologist if you question prominent feminist’s intentions and qualifications. We don’t need Kotaku where journalists self moderate discussion and threaten everyone who doesn’t agree with their view.”

It’s true. We don’t need those kind of things – developers should be able to create what they want and the game should be judged on the merit of its quality (which may include its subject matter) and not ridiculed, condemned or blackballed because it doesn’t fit into the agenda of the media patriarchy.

The whole interview is really worth a read and it’s great stuff. You can check it out over on TechRaptor.