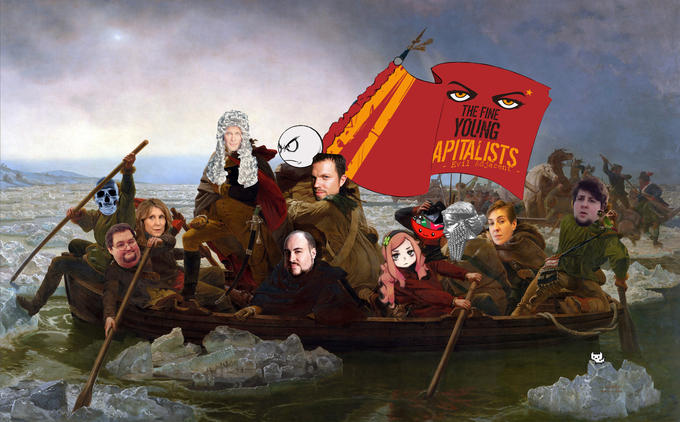 Big, big day here, folks. One of the champions for equality has surpassed their crowd-funding goal and will soon prep to start work on the game that the community selected during the Game Jam voting round. The Fine Young Capitalists met and surpassed their $65,000 goal, all despite being met with nearly insurmountable opposition.

After being hacked, shutdown, attacked and blackballed by the ball-less beta boys controlling the the clique that is the mainstream games media circuit, The Fine Young Capitalists decided to truck on ahead.

On Thursday, September 12th, The Fine Young Capitalists not only met their funding goal but surpassed it, hitting $66,876.

The amazing part about it is that they managed to hit their goal in spite of all the opposition they received and being blacklisted by the major media websites. The game journo scum made plenty of excuses why they couldn’t cover the Game Jam, but it didn’t matter; real gamers from the world around came together to support the cause and they were led by none other than 4chan and their incomparable heroine, Vivian James.

So what exactly does this mean for gamers?

It means that The Fine Young Capitalists and Autobotika (the female design team that will make the game) will create the game title that gamers voted on. 8% of the crowd-funding will go to the creative mind who pitched the game idea and rest will go to charity after Autobotika gets paid to finish the work.

It’s crazy how amazing this whole thing is because of all the crap that went down leading to this moment of victory. But you can learn more by visiting the IndieGoGo page. This is a major win for #GamerGate and #NotYourShield… a major win.

And in light of this celebration… a gif… just for all of you.