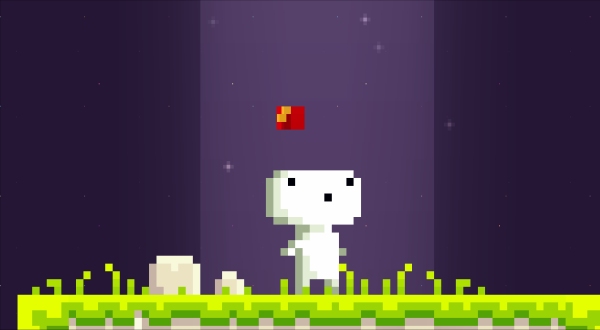 New information has surfaced pinning Phil Fish, the creator of Fez, to the heart of a scandal that could involve racketeering. The #GamerGate movement was all about cleaning up the corruption in the gaming industry and this was no lie; while we don’t condone abuse and harassment, and understand the fight for real social justice, it was no longer possible to ignore  cronyism and back-channel deals going on without reproach.

Internet sleuth “Camera Lady” had a new video posted courtesy of Youtuber ShortFatOtaku, where it was revealed that there are all sorts of backroom connections taking place to help indie developers succeed in the gaming industry. Check out the video below [Update: Due to legal circumstances regarding the ongoing investigation here is a mirror for the video].

That’s not all. An interview on IndieJuice.tv with a former moderator at Reddit revealed some damning information. Apparently Reddit partakes in the same kind of back-channel deals and have used this influence to promote and suppress information. Of most notable intrigue, there is a SoundCloud recording of the interview, in which the former Reddit moderator describes certain things that would further incriminate the people involved in this #GamerGate scandal.

For those of you who don’t want to listen to the 50 minute clip, the important quotes of the interview from the moderator are below…

I mean, if they were to come out and try some shit against me again, I could, maybe, rethink my position (they’ve been on a warpath).

By being on the “warpath” he means that Reddit has been actively shadow-banning and suppressing the discussion of the events surrounding #GamerGate, as well as major gaming media sites attempting to censor and stop  discussion relating to the matter. Additionally, Polygon’s editor-in-chief, Chris Grant, has compiled a “Blacklist” of individuals, adding developers and other journalists, bloggers and supporters of #GamerGate to the list.

But The Fine Young Capitalists aren’t the only victims in this scandal of corruption.

Many of the developers who entered IGF and IndieCade under the impression that they had a fair chance to win are probably disappointed to find out that the events are potentially rigged.

The video above indicates that Fez creator Phil Fish could have been buried in deep with ties of cronyism, racketeering and fraud after “Camera Lady” and crew were tipped off by those close to the source. It was previously hinted at in an article on Rock, Paper, Shotgun that something seemed contrived about Fez’s double entry at the IGF, but it wasn’t followed up on, nor was it followed through with. Nevertheless, the images appear to indicate that the people who had vested interests in Polytron were colluding to help push Fez through the finalist’s bracket in 2011, up until the game was delayed, in which case it was the recipient of awards in 2012. The video alleges that the delay was so that Fez could take home the win and earn more money and promotion for those who had invested in Polytron, which would mean the entire event was fraudulent from the start.

As noted in an article on Joystiq, Fez sold a million copies between April, 2012 and September, 2013, giving those who had a stake Polytron a decent return on investment.

It was also further revealed that the way in which the judging took place via the juror tool was designed by one of the members who had a financial investment in Polytron, the developers at Flashbang Studios.

Working with other investigators on the matter, we reached out to select members of the IGF, IndieCade, developers and several members who have invested financial interests in Polytron, as noted on the LordKat blog, including but not limited to Capybara Studios, Aaron Isaksen of AppAbove, those at 2D Boy and Flashbang Studios.

I received a reply from Aaron Isaksen from AppAbove who was very helpful, noting that…

“I have judged games in the first round several years for IGF and Indiecade, but not sure if I did 2011.”

Aaron notes he reached out to the IGF committee and wanted to  clarify whether or not he was actually a  judge on the panel for  2011.

We also received a response from another developer who was enthused about exposing the cronyism involved, but did not wish to provide any quotes on the matter at the moment.

Nevertheless, the former Reddit moderator hints at further collusion beyond what was mentioned in the video above, but stops before going further, saying…

“Zoe Quinn, Phil Fish, Adam Sessler, what’s his name? The other guy [Editor’s note: He describes what sounds like Robin Arnott]” […] “Personally, I’m not that involved with the Zoe Quinn thing.” […] “I want to support the whole ‘change journalism thing’ because I do support that. I want better journalism.” […] “I wish I could help change journalism, but doing so would burn a lot of people that I like.”

“I don’t feel right about it. I’m not as good as them at hurting my own friends.”

If we receive responses from those we contacted regarding the matter, further updates will be made to this article.

Note: Some of the information gathered in this article was done with the help and participation of writer Matt Chelen from RGZ.ca.

[Update: The IGF has released a statement regarding the judging process]