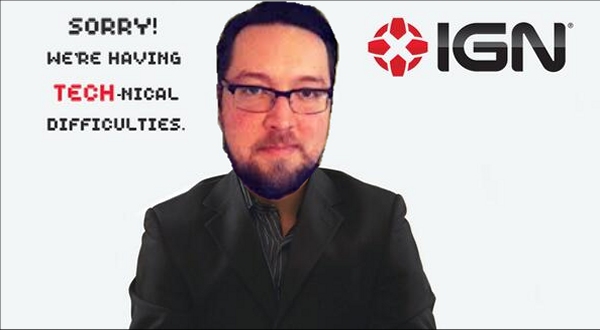 Things have begun to crumble in the oligarchy; the ivory tower is not what it used to be. One of the freelance contributing writers for IGN Tech (or perhaps, former contributor?) went wild on Twitter recently, completely going off the handle following the leaked e-mails from the private group called the Game Journalist Professionals.

The group was headed up by Ars Technica senior gaming editor, Kyle Orland. It was based on the JournoList, a group of journalists who were allegedly found to be conspiring to collude. Funnily enough, Breitbart had been involved with reporting on both the JournoList and the Game Journo Pro list.

But what does that have to do with freelance IGN Tech writer Matt Clark? Well, the recent blow-up on Twitter against Breitbart writer Milo Yiannopoulos came about due to the website’s publishing of the leaked e-mails from the Game Journo Pro group. Matt Clark first went off on a long rant about how #GamerGate was about “dude-bros” harassing women, and then eventually it devolved into career-destroying rants, with the archive of the discussion here..

“I think maybe I’m missing what some people are so angry about. Especially with this latest “GameJournoPros” list. It reminds us, those of us old enough to remember, the JournoList. We got a giant shit in our mouths man. Journalists speak for.. the majority of people. You’re our voice. And to have 10 or so articles tell us we’re fuckhead women haters is a big thing. I’m asking this with all clarity: Do you not think a lot of this garbage was started by “fuckhead women haters?” Honestly? Because I think a lot of this was. I get genuine calls for transparency, but the posting of pics, etc? Really?”

“What that felt like was a shitty witch hunt.”

Clark then goes on an existential explanation of people needing to be more responsible about which reviewers they call “friends” – in terms of trusting their reviews and consuming their content as a means of gauging which ones to trust and which ones to avoid.

He proceeds to explain his position further, stating…

“Look, my point is this: I’m an outside guy. I’ve always been. I’m just some jag-off in Ohio. I’m not some big editor. But after six years, I can tell you guys, with all objectivity, you’re barking up the wrong tree. Most people in this biz are just people who love game like we do. There’s problems, but not with the writers.”

According to the inept approach in which the #GamerGate issues has been covered by some of the people in the Game Journo Pro list, neglecting information or twisting facts, I would argue that there are major problems with the writers.

And then that’s when things break down… Clark goes after Milo from here on, stating…

“[Milo] Just wondering if you could share how your site traffic has improved, by percentage, this week? And who your ad sponsors are? I see you have a Fandango ad for a Nic Cage film? How much are they paying you, exactly, to run that ad? I’ll just wait here while you let us know how this week’s traffic equated to your ad revenue. We’d appreciate it. Thanks. #gamergate”

Clark tries to pressure Yiannopoulos into revealing the financial details of Breitbart. Milo lets him know that he doesn’t have the details.

But Clark didn’t stop there, he continued on. Asking about Milo being more transparent, since that’s what #GamerGate was supposed to be about. He begins to escalate the situation…

“I think it’s fair to ask questions? Is it not? I thought this was about transparency. I’m a freelancer. Just asking questions. Why are you so adverse to this? Just looking for transparency. You’re appear to be claiming these writers have something to gain? Just wondering what you have to gain from the story?”

The basic point is that it’s the truth. These e-mails detail how the writers at some of these sites had purposefully gone out of their way to withhold information, force a narrative or ignore facts in order to push the agenda that they had setup, as evidenced in the leaked e-mails.

“TOMORROW I WILL PUBLISH A LIST OF @BreitbartNews AND @Nero’s AD-BASED SALARIES (WHEN THEY GIVE THEM). THEY WON’T. More than anything, more than anything in the world, I hate a fucking hypocrite.”

“Oh, come on. Let’s RT that. Think of all the tickets we can sell to that latest Nic Cage movie, in the name of HYPERBOLIC JOURNALISMS. I want you to know, all this silly shit I’m about to do, I’m doing it for you. Every bit of it. You’re a badass. Don’t quit.”

[Note: Clark is directing the last part of the tweet to Jenn Frank, another freelance writer who has considered no longer writing about video games following #GamerGate. She advises him not to do what she thinks he’s going to do]

“OH HO HO, BUT I AM. AND IT’S GONNA BE GLORIOUS. THIS IS MY SWAN SONG. I know I’m gonna get fired, from all the established sites, from all the “things that matter.” And I love it. It’s what I do. You were worth it, kiddo. No more lies. Fuck em.”

“TOMORROW IS GONNA BE A GOOD DAY. MY ENTIRE PUNK, STUPID LIFE HAS LED TO IT.”

Clark then links to a disturbing image of a monk being burned alive while exclaiming “IT’S. GONNA. BE. GREAT.”

He proceeds to say…

“If you want me to stop publicly insulting people, you’re 100% right. But you’re not 100% understanding what I’m doing. If I made you feel bad, in any way, I am sorry, though.”

The last bits are hard to contextualize. So instead of reprinting them in text, you can read them in their native format on Twitter with the image below. This is actually part of the problem; writers who behave in this manner in a public domain and then claim that they are not the problem. Wisely, Clark deactivated his entire Twitter account.

What’s interesting is that Clark used to be a member of the GJP group last year. He managed to get Leigh Alexander riled after she went off on a rant after she found out that she was included in Complex’s “40 Hottest Women in Tech” article, resulting in some heated exchanges that spawned after he made a series of comments back in late March of 2013…

The discussion spiraled out of control with some accusations that people who supported, or were okay, with content on the Complex list were advocating sexism and “misogyny” in the industry.

A week and a half after the fallout, Matt was no longer in the GJP group.

It’s interesting because he doesn’t actually defend the group, nor does he attack it in his Twitter tirade.

Ryan Smith, a former member of the GJP group who was publicly attacked by Polygon’s Ben Kuchera over the leaks, wrote out a detailed blog post describing how some of the group-think can affect those within that insular clique. That defying the clique can result in being ostracized or feeling left out.

What’s not clear is why Clark, who was no longer part of the group and obviously didn’t fit into the proactive radical justice warrior motif, would attempt to attack Milo over leaking the e-mails?