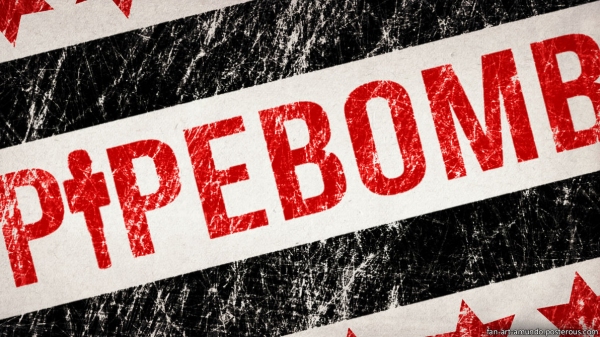 The members of #GamerGate have been exercising measures to go after the sponsors and advertisers for sites like Kotaku, Polygon and Gamasutra. E-mailing the advertisers and politely asking them to drop support for those sites has been a prime goal of the movement. Interestingly enough, anti-#GamerGate groups have been keeping an eye on this movement and even mocked the attempts to contact advertisers.

For a little bit of history, the Game Journalist Professionals was a Google group headed up by Ars Technica senior gaming editor, Kyle Orland. He based the group on the now-defunct JournoList group that came under fire for using the platform to collude in pushing a specific political agenda. Turns out, the Game Journo Pro group was also used as a groupthink echo-chamber for some of the members to utilize their platform(s) to push a specific agenda.

The group discussed a wide range of things, from casual topics to serious issues affecting the industry. #GamerGate was regularly discussed in the group and one of the topics that popped up was the “Operation Disrespectful Nod” that sees advertisers being contacted to pull support from the major websites who have been on the offensive against their own audience. Here’s what Kyle Orland had to say about it.

Some of the group members had been keeping tabs on a lot of what had been going on on both sides of the fence, especially Orland – making it interesting that Kyle’s hubris would keep him from addressing both sides of the situation, and instead continue moving toward his unperceived self-destruction. Quite naturally, a few of the others mimicked the mocking.

The interesting thing about it is that one amongst them was actually someone who had an insider take on the situation, as he previously worked at Kraft and was a press representative for the major corporate entity. Scott Nichols, who has a prolific background across gaming, and previously served as a contributor to IGN, GamePro, G4TV, Digital Spy and many other outlets (the current of which is redacted following the leak of GJP), came forward to explain that the situation could be a lot more serious for the sites than they thought.

Following Andy’s comment, none of the others had anything else share other than a quip from Isaac Federspiel about the irony of “being polite”. There was little else to say as Scott had justly put them in their place with a truth bomb.

Now let me re-quote the important bit so you know how to focus-fire your attention on contacting advertisers.

“It would normally take a couple hundred form letters like this to get their attention, but at that point they tended to go based on pure numbers when it came to complaints vs praise for where their ads appear.”

In other words. Pick a specific sponsor from a specific website that you would like to see get affected by #GamerGate’s movement, and politely e-mail them. This article here contains a lot of the contact information for reaching out to the sponsors. Alternatively, this Github file also contains appropriate info on which sponsors to contact and how to send them the appropriate info to get your point across. Additionally, Jayd3fox offers a boycott goal of the day and is worth checking out on Twitter for directing your attention to specific sponsors.

Remember, Scott mentions that the sponsors are weighing negative feedback to positive feedback, so consistently provide the sponsors with negative feedback on the site that needs to lose its sponsors; this also applies to Facebook and social media feedback (Twitter included), so pick your shots wisely and keep the pressure on a specific sponsor until they pull support.

If it only takes a few hundred letters to get their attention… imagine what a few thousand could do?

Thanks for the ammo Scott.