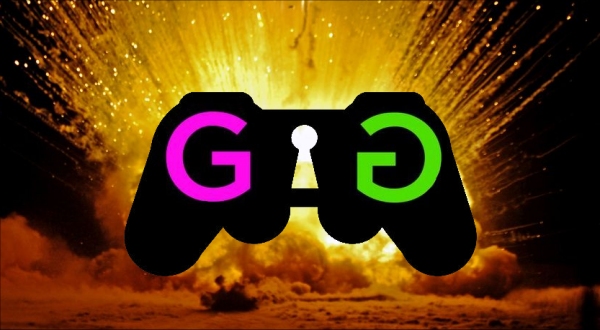 [Note: Not everyone on the Game Journo List is guilty of collusion, conspiracy to commit collusion, or abusing their position through malfeasance. Please do not harass or attack anyone on the list. Thank you.]

I spent several hours combing through the 11 articles detailing how “Gamers are Dead”. There’s no misconstruing what they meant, and the text on the wall is quite clear. I’m not going to waste time. I will roll out the facts as they are and leave you to decide what to make of the information.

If you’re not completely caught up on #GamerGate, you can briefly catch up on it with this #GamerGate tag and skim the articles or read through Erik Kain’s timeline of events to get caught up on the basic gist.

On August 28th, 2014 a series of 11 articles were published within the span of 24 hours, some of which were linking to each other while going up within minutes of each other. That, in itself, is not a problem.

The problem is that a series of articles claiming the “gamers are dead” as an identity offer no counterpoints to their agenda, save for one very unlikely article from Mary Sue, which points us to a question of: did any of these journalists have access to opposing views? Did they even discuss it? Did they have the information? The simple answer is: yes, they did.

In fact, e-mails already confirm that they had discussed what they would and would not print, including Polygon writer Ben Kuchera attempting to coerce The Escapist editor-in-chief Greg Tito in shutting down and censoring a forum that had ongoing discussions about #GamerGate, as revealed in Breitbart’s leak of private e-mails.

What’s more is that two days before the deluge of “Gamers are Dead” articles, Kyle Orland, senior gaming editor at Ars Technica, actually linked to and began discussing the Patreon called “The Sarkeesian Effect” – a documentary that alleges to offer a critique on the “Social Justice Warrior” movement that they claim has invaded various cultures, including gaming – as noted in the e-mail image below.

As the images indicate, Kyle Orland had watched this video and looked over their Patreon a day before posting it to the group. Meaning he combed the information the night before, discussed it with other members between August 25th and August 27th, but still decided that any opposing view to the narrative wasn’t worth mentioning in two editorials that were allowed to be printed on Ars Technica following that discussion. Keep in mind that the second editorial that went up on Ars Technica, on September 9th, was still rife with factual inaccuracies, despite the fact that Kyle had been actively looking through “both” sides of the argument, so to speak. So why neglect to acknowledge that there are those who have issues with the current narrative painted by games media?

The “Gamers Are Dead” narrative gained a lot of ground following Leigh Alexander’s Gamasutra piece that went up on on the morning of August 28th. Keep in mind that Leigh used to be a part of the Game Journo List. Here’s a small excerpt (I’ll save the rest for another time)…

Nevertheless, others either directly associated with those on the list or those indirectly affiliated with it went ahead and printed companion pieces to Leigh’s article, with an editorial from Polygon’s Chris Plante (who is on the GJP list) being published on Aug 28th, 2014 at 1:21pm.

Kotaku’s Luke Punkett (who is not on the GJP list) posted a piece on August 28th, 8:00pm that parroted Alexander’s piece and also linked to a piece by Dan Golding on a Tumblr blog. An article from Buzzfeed that went up on August 28th at 8:29pm also links to Dan Golding’s tumblr. Around the same time Devin Wilson posts a blog on Gamasutra on August 28th, 7:57pm, rolling out a manifesto describing how to “end” our current game culture, where he mimics some strong language from gaming’s former arch-nemesis, Jack Thompson, writing…

“It’s a meaningless ideal at best and a poisonous priority at worst. Fun is a neurological trick. Plenty of categorically unhealthy things are “fun”

For the sake of factual accuracy, there have been reports covered by the Telegraph that does state that violence in games can be linked to teen aggression, while other studies show that violent games can help relieve stress. Other studies also show that some action games could help boost the higher-cognitive functions in gamers, as noted in an article by UPI. Claiming that violent games need to change or go away because of some contradictory studies is disingenuous at best.

Furthermore, following the Gamasutra blog was Ars Technica’s piece by culture editor Casey Johnston, who posted an article on August 29th, 12:00am on the dot, within 24 hours of the other articles being published. Again, the Ars piece links to Dan Goldman’s Tumblr blog that went up on August 28th.

“Quinn had “alleged affairs with video game journalists” which influenced coverage of her game. There is no evidence to support this assertion, and the only fact that it’s based on—that Quinn began a relationship with Grayson some time after he quoted her in an article and never published anything about her again—disproves it.”

Actually, Grayson wrote two pieces that featured Depression Quest, one at Kotaku and another at Rock, Paper, Shotgun. It is true that he did not print anything about her following those two articles.

Another article also went live by The Mary Sue on August 28th, containing many of the same factually inaccurate claims or misleading statements, such as the one here…

“Quinn has also been accused (along with Sarkeesian) of sabotaging a crowdfunding campaign for a female-centric game jam hosted by The Fine Young Capitalists because of… reasons.”

It’s actually been proven that both Quinn and press representative Maya Kramer, from Silverstring Media, had direct ties to the misfortunes of The Fine Young Capitalists, including doxxing, alleged DDoS attacks and multiple hack attacks.

… “Yet another part of the Internet decided that rather than trying to spite Quinn by being better feminists or whatever, what they really wanted to do was spread naked pictures of her and her home address”

Interestingly enough, only The Mary Sue acknowledges “The Sarkeesian Effect” video. Not so much that the video is correct or a good representation of an opposing view, but mostly recognizing that there is another side to the argument that isn’t just about “harassment” and “misogyny”. Unfortunately, the article doesn’t point to other opposing views to the current social agenda, such as the video critique of Anita Sarkeesian’s videos from KiteTales.

However, what’s troubling is that few of these sites offer legitimate facts, but then repeat claims without verifying the data. For instance, no where is it stated that the Twitter user who threatened Anita Sarkeesian with rape/death was actually a gamer.

Going by the handle KdobbsZ, the individual had 10 tweets to their account and apparently only registered the account around the time in which the threats were made. It was created and deactivated the day the threats were sent to Sarkeesian. No where in the tweets is it verified that the individual is a gamer… or that it’s actually a male (in fact, there have been some threats levied at female gamers by other females). No where in the tweets is it identified that this has anything to do with #GamerGate. So why are Sarkeesian’s death/rape threats lumped into a narrative with no supporting facts? This further twists and muddies the narrative with a clear agenda.

It’s like saying someone being hit by a truck-driver who is male makes all male drivers terrible human beings.

While some of these articles may be labeled as editorials, anyone looking through tech feeds or gaming news from places like GNews, will see a flood of articles related to #GamerGate that simply looks like news, as is the case with the image below, where few are highlighted as “Opinion” and “Blog”, and most just look like general news. Misleading much? Funnily enough, an editorial was actually offered to game journalists as a counterpoint to the “professional victim” syndrome – outlining how these incidents are used to fuel agendas. What was their response? Well, check it out for yourself.

[Update: Here’s a link to the e-mail that Owen sent to Garrett regarding the editorial.]

Even if they didn’t agree with Jordan’s proposition, it doesn’t discount the fact that it was still made apparent that the journalists were well aware of an actual counterpoint and decided to ignore it. What’s the point of calling yourself a journalist if you only report on one side of a situation?

In fact, the opposing side didn’t even have to be from the guys from “The Sarkeesian Effect” … it could have been anyone, including the game journalists.

Like it’s oftentimes mentioned: whether you agree with Sarkeesian or not, it doesn’t invalidate her argument. So why does an opposing view to the current argument instantaneously become invalidated no matter who it’s from? Heck, Kyle Orland later addressed this very topic of collusion anyway in an apology letter on Ars Technica.

If you already knew what the opposing side was saying, if you talked about it in the private e-mail discussions and you even linked to a video and dissected it amongst peers, why did this information never become a public discussion with your readers? You’ve instead created a damaging narrative for the whole of gaming culture with misleading and factually inaccurate pieces. For the longest time these “hit-pieces” contributed to a gross misrepresentation of #GamerGate in the public view, including this abhorrent entry on Wikipedia. Thankfully, the current entry has been recently updated.

Worse yet is that back on August 23rd, Orland mentions The Daily Beast article from Amanda Marcotte, and the whole “misogyny” spin, stating…

He quotes “misogyny in gaming” as if he knows it’s a spin… heck, he types it out himself. He later watches a video from “The Sarkeesian Effect” that – even if deplorable in presentation – states that media are spinning it as “misogyny”; and then a day after that Orland posts and discusses the topic at length in the Game Journalist Professional thread. All of this happening before he gives the “a-okay” to publish two misleading and factually inaccurate articles about the situation on Ars Technica.

As mentioned in the Breitbart piece, Orland had already decided where his bias was positioned.

So why the attempt to stifle discussion from two sides if there is no agenda? And worse yet, why discuss the “opposing side” with peers before the “Gamers Are Dead” articles were published, but fail to bring up these legitimate concerns in the actual articles? Why was it okay to reproach other journalists from  trying to cover the situation in a fair light? And why was it okay to purposefully print misleading and factually incorrect information?

What they’ve done is acknowledge the opposing view in private; they discussed it and actively set to exclude it from their coverage. Willful negligence or a conspiracy to misinform? You decide.

37 thoughts on “#GamerGate: Game Journalists Ignored Facts To Push ‘Gamers Are Dead’ Agenda, According To E-Mails”