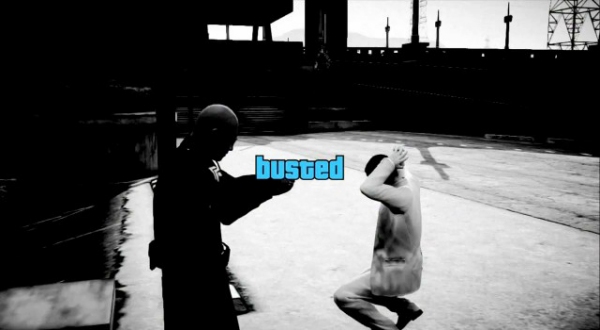 [Update: One of the editors from AusGamers has offered a statement on the matter]

The wheels are really turning on this truck now, eh? What started as a supposed “attack on women” has finally shifted into the narrative it was always supposed to be about: corruption. Gamers have united the world around, men, women, transgender, straight, bi, gay, lesbian and every single race, creed, color and political party in between (really, the far right and far left joining together to support #GamerGate is a miraculous thing). Well, the pressure is being applied and those who feel as if they must stand up and stand out are doing just that. One former games journalist from Australia has come forward to explain and out the cronyism taking place in Australia’s games media sector.

Even though /r/Games and /r/gaming are still heavily moderated of certain discussions taking place surrounding #GamerGate, the moderators allowed a verified journalist to post a rather telling thread titled “Of Corruption in the Australian Games Industry”.

[The original, unedited version of the post can be viewed here]

The poster doesn’t reveal their identity, opting to remain anonymous, but pointed out a few telling things, alleging that there is collusion up and down the core of the Australian games media circuit and that there are strong cliques that dictate who moves up through the industry, writing…

“[…]one of the major Public Relations managers for EA Australia is married to (and has a child with) the main Editor of AusGamers (self-described as Australia’s largest gaming website). This is mentioned nowhere, nor are there any disclaimers of this relationship.”

I decided to check out the staff, about and privacy policy pages of AusGamers to see if maybe they do mention about this relationship (as it makes a pretty big difference in how people might view the content of someone who happens to be married to someone who works at a company they might write about).

I checked through the privacy policy page and found no mention of it (which is to be expected). I checked the help and frequently asked questions page, however it was comprised mostly of just server rentals and payment information. The about page was pretty straightforward, and there were no other mentions about disclosure policies. Over on the staff page there’s also no mention of this.

Now, Daniel Chenoweth, the head editor at AusGamers [using the handle eorl], posted the following comment in the thread, writing…

“I would like to say [the poster] is actually completely wrong in terms of their relationship between AusGamers and EA, in fact to the point where the editor in question has absolutely no interaction with EA products and also avoids any EA talk.

“We’ve actually qualified this multiple times, and it is quite public fact as well. That’s all I’m going to say as its clear the OP is on some sort of vendetta, and has been proven in comments above about being factually incorrect.”

I suppose this could be taken at face value; that the integrity of AusGamers stands and there is a reasonable divide between Electronic Arts coverage and the content posted on AusGamers. However, there is a review of The Sims 4 on the website, but there is no disclosure that the person married to an EA representative is, in fact, not reviewing products from the company. How would the average gamer make that tie-in if there’s no mention of it on the site?

I understand Daniel’s position, but the average reader doesn’t know that the staff member married to an EA rep doesn’t review EA products, and they can’t know it unless it’s disclosed. It reminds me of Gearbox Software’s Anthony Burch stating that those in #GamerGate didn’t piece together that he had received positive coverage from his friends at Destructoid for Borderlands 2 DLC, when in fact no one knew that his friends were reviewing the products in the first place.

What’s more is that – as mentioned above – there is no mention of the AusGamers’ relationship disclosed on the staff page, about page or privacy policy page. Even if Chenoweth believes the relationship is innocent in regards to the way the business operates (and it very well could be), the whole point of #GamerGate was to move toward transparency and more ethical behavior. Perhaps an update on the staff pages is due?

I reached out to AusGamers as well as former editor of Games Arena, Joab Gilroy (who was noted by the Reddit poster as having close ties with the editors at AusGamers) for further clarification and comment on the matter. At the time of the publishing of this article I haven’t received a response , but an update will be provided if/when they decide to issue a statement.

[Note: A quote from Stephen Farrelly was provided to further clarify AusGamers’ stance on this situation]

The poster goes on to state that…

“During my tenure at a large publisher, our community forum was hacked, and the information of over 40,000 members (including names, and email addresses) was downloaded and stolen. The publisher suppressed this information. When my contract had expired I approached a writer about this, and he declined to publish the story because he was close friends with people who work at this publisher and the publisher’s local office.”

Unfortunately there’s no way to verify this data since the forum name was not disclosed, nor was the publisher named. This is a very serious offense if true. Companies here in America are required to disclose when a security breach occurs and user data is put at risk, as noted in an article by Bloomberg News.

Depending on the data acquired and whether or not the publisher’s forum or business had ties to any kind of operating station out of America, it could be a pretty serious crime. Unfortunately, the former journalist fails to expound on the matter beyond that.

Out of all the information listed in the post, this seemed to be the most egregious of crimes, but it deserves a lot more attention than a passing mention. But again, without specifics it’s just vapor trails.

Additionally, it’s stated by the poster that …

“Writers and content creators in the local industry regularly accept gifts valued in the hundreds, and flights internationally (including accommodation), but never disclose their non-professional relationships, despite them obviously gaining them the “perks” they now receive.

For those of you who don’t know, Game Planet is a New Zealand based outfit, offering game news, reviews and previews. Exchanging articles between the two sites seems a bit frivolous in the grand scheme of things and isn’t something I would consider “corrupt” or warranting a full investigation (unless there’s more to it than that)… but that’s just my opinion. However… this doesn’t completely dismiss any  further investigation into MCV. If the name  sounds familiar to you, it’s because you might remember that the U.K., branch was involved in the original Doritogate scandal a couple of years ago.

Parent company of MCV, Intent Media [who had an active partnership with Square Enix at the time, as noted in a Penny Arcade Report pulled from the internet archive], approved lawyers to threaten legal action against Eurogamer over the Rab Florence article that outed some journalists in the kind of flagitious activity being discussed in this very article.

Forbes’ Erik Kain does a fine job of summing up the original situation involving Intent Media and MCV’s reactions, but this damning piece from The Verge [using the wayback machine since the article is no longer available for viewing] alludes to the kind of PR ties and collusion that gamers are gunning to extricate from the industry.

In a way, we’ve somewhat come full circle… right back at the doorstep of corruption that we witnessed when Doritogate first opened the apocalyptic pit to some nasty, nasty possibilities.

This article will be updated if there is a response provided by those I reached out to.

#GamerGate is far from over.

Update: Stephen Farrelly responded to the request for a statement, saying that…

“The relationship policy we applied to ourselves when my wife took on the role was simple: work remains work, our personal lives never come into question because of it and therefore I don’t cover any EA-related content on the site. We have a freelance team who actively does this on behalf of AusGamers because we are a gaming site first and foremost and need to cover games. We’ve never conspired or colluded with EA for favourable coverage…”

Farrelly makes it abundantly clear that freelance writers handle reviews, and he recuses himself from covering products related to Electronic Arts.

“my wife and I have never kept our relationship a secret from anyone and until today it has never come into question because no “corruption” has stemmed from it.

“There are myriad relationships like this among countless industries and businesses – it’s not a new revelation by any means.”

One thing worth pointing out is that Stephen makes it known that gunning for the wrong people when seeking out corruption can be very dangerous, and reaffirms that it’s important to have more than just the smoke from the gun before pointing an accusatory finger.

(Doritoman image courtesy of The Verge)