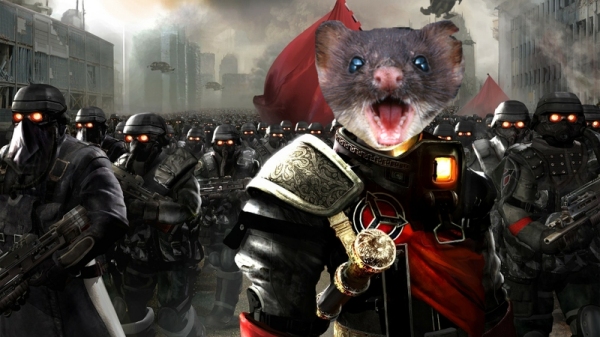 There’s no denying that the disgusting display of so-called video game journalists has become a black mark on the video game industry. After Breitbart writer Milo Yiannopoulos uncovered the cabal of gaming journalists colluding to dictate how they would and would not cover the #GamerGate scandal, things all fell into place, outing just how corrupt the games journalism ring really is. Worse yet is the temerity these moral assailants carry about them, with the leader of the group and senior editor at Ars Technica, Kyle Orland, exclaiming on Twitter “I regret nothing”. Well, developers are tired of these domineering hijackers of truth, and they’ve made their voices known in a recent interview.

Niche Gamer managed to get in contact with a number of developers, following up on their piece with the Xbox One developer, rolling out a plethora of opinions about the #GamerGate saga, which has continued on for a month.

Michael Vargas from Pipewords explained it best, airing disgust for the IGF scandal and the whole media cover-up, stating that this whole debacle was caused by the indiscretions of those rigging truth and propagating an “anti-gamer” campaign, saying…

“The final word on #GamerGate is that dealing with this hilariously hostile and venomous anti-gamer crowd is simply another variant of the same old moral authoritarians that have attacked video games to further their own careers and agendas.”

“Now it is what seems to be a various mob of charlatans and agitators, whom I’ve dubbed the “Weasel Axis”

“The way to deal with this issue is to not dance with these agitators on Twitter, but to calmly go to their bread-and-butter, which would be their sponsors, AAA developers, and the like, and explain that if they continue to do business with a mob that insults their own consumers, no dollars will be spent.”

That advice has not gone unwarranted. In fact, gamers are actively campaigning to sponsors, politely, to pull support from the likes of Kotaku, Polygon and Gamasutra (the prime targets for right now) using “Operation Disrespectful Nod”.

It’s time gamers hit the snake poison sellers where it hurts, curbing them from spreading anymore of their community-aimed libel and extremist propaganda.

Slade Villena (badass name, by the way) from Rogue Star Games expressed his frustration at the silence and censorship, noting…

“It’s mostly a war on rhetoric, but they use isolation, shaming, media blockades, threatening future connections as a means of exploiting weaker willed gamedevs. Right now; they threaten indie gamedevs by mildly excluding them from meetups and discussions, boldly by spreading rumors with game festival staff. Please keep in mind; I talk to you under the threat of character assassination, and career sabotage.”

This “shaming” and “blacklisting” is a real thing. The Fine Young Capitalists have been on the receiving end of that very same treatment. At the present, places like 4chan and Reddit are on lockdown; attempting to curtail conversation through the force of dictatorial fascism. All those tainted history with totalitarianism smile gleefully from their graves at the scum who barter their writing skills for a fascist agenda under the guise of a journalist.

Even more than that, another developer chimes in – under anonymity – to express his discontent with the radical justice warriors and their attempt to define how they should promote “diversity”, saying…

“I don’t like how people with clout in the industry always want to control the narrative or perspective on major topics; it’s rude and condescending. I’m a huge advocate of diversity and I feel like if you want diversity, you need to accept that others may have different perspectives.”

There needs to be a standard that gaming media is held to because I feel like it’s wishy-washy. I know that in other industries that a lot of the remarks and derogatory things they’ve said would’ve got them fired. The industry is small, and of course you’re going to make friends with a lot of people, but the line between professional and personal needs to be drawn.”

Another developer – also wishing to remain anonymous – attacked the media’s role in selling the money-making machine of a “professional victim”; putting gamers in the light as rapists and misogynists while cashing in on their despair. This disgusting act from the media also violates the trust and real-life trauma that actual victims of tangible harassment face, dampening the overall seriousness of the issue by pushing a social agenda.

The developer notes that…

“Zoe Quinn and Anita Sarkeesian are professional victims who get paid for “being attacked”. I would go as far as to say that most of their attacks are forged, as they have given no proof other than “I was attacked, I’m so scared” and then 5 minutes later they’re linking their Patreons and everything is ok again.

“Most game developers are afraid to even talk about. I am a little bit. If I run a Kickstarter they could simply pass over me because of my name because I disagreed with them in the past. I could get review bombed by fanatics, I could get doxxed or silenced.”

The Fine Young Capitalists were doxxed and there were multiple attempts to silence them.

One developer – also wishing to remain anonymous (and I find that the anonymous ones had the most honest and heartfelt things to say) – mentioned that gamers have been betrayed and their Judas were nothing more than the gatekeepers of information: games journalists…

“All of these people had lied to their audience, then shamelessly censored and denigrated that very same audience when it voiced its complaints. The mass comment deletions in Reddit’s /r/gaming, the locked threads in the forums of virtually all of the websites involved and the articles stating “the death of gamers” in unison highlight a state of contempt for one’s audience that transcends credibility and has never been seen outside game journalism.”

“There is cause to be optimistic, however. Browsing the #GamerGate hashtag on Twitter has shown me that there are many good people in the industry, be they gamers, journalists or developers, who want to put an end this state of affairs. I have also seen that women, LGBTQ people and members of ethnic minorities have posted in droves on the #NotYourShield hashtag as a response to accusations from Kotaku, Gamasutra, Polygon and other websites that they were no more than misogynistic homophobes for criticizing game journalists.”

The most touching, memorable and well stated piece in the entire article is one from the originator of the #NotYourShield, Jason Miller. Writing about how the hashtag came to be and why it means what it means, you’ll actually have to click through to Niche Gamer to get that story.

It’s nice to see that developers are starting to get an outlet in which to express themselves, as it means a lot to the #GamerGate movement. It also shows that gamers and game developers from all over the world, from all sorts of different religious and ethnic backgrounds, from across every political spectrum, can come together to fight for a cause that jeopardizes the future of gaming’s soul.

As the one Xbox One developer said, and as it was reiterated by WikiLeaks: #GamerGate cannot lose. You’ve all come too far to slip. You’ve put in too much effort. The game journalists have been outed; their outward malice and self-righteous religion of morally corrupt hate will be their undoing. Stay the course; continue to spread the word; you are winning.