#GamerGate: Destructoid Updates Disclosure Policies Due To Controversy, Thank You 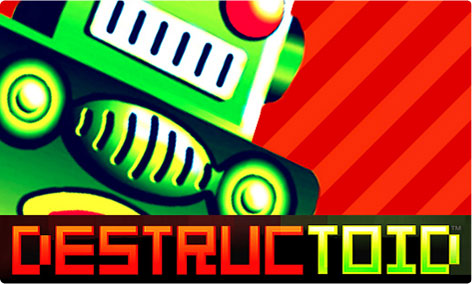 Thank you, Destructoid. You’ve at least taken notice and taken a step in the right direction. For those of you who don’t know what I’m talking about, the company recently released a statement about disclosure and maintaining some form of transparency in the industry relating to the ties their writers have with the game developers.

[Note: If you have no idea what #GamerGate is about, there is a brief time-line of events at the very bottom of the article]

Following Gearbox Software writer Anthony Burch throwing Destructoid and Polygon under the bus,  editor-in-chief at Destructoid, Dale North, made a short post titled “In Light of Recent Events”. I will link to this post without Archive.Today because if a robber decides to a return a purse to an old lady she might settle for only slapping him in the face instead of kicking him in the balls.

“There’s a great deal of turmoil in the videogame industry as of late. Many of you know that, and want some sort of resolution. We at Destructoid cannot speak for our colleagues or the people we cover, but wish to clarify our stance on these issues.”

“Destructoid condemns hate, discrimination, or harassment of anyone ever. While we support thoughtful discourse, there is a very bold line between criticism and harassment. We do not plan to wade into those waters and hope you will not either.

“We also ask for disclosures upfront as part of our employment paperwork.”

See here’s the thing, the best part about this whole post is actually hidden away in the comment section… deep in the comment section. In fact, I would love for you to read what North had to say about the whole parade of game journo-scum taking a huge dump on the gaming community, by writing…

“We might go down burning for our stubbornness, but we don’t do any of the cool kid things. No click bait articles, no lists, no headline tricks, no following trends, no backflips, no hacks. Just good ol’ fashioned blogs about us dorks getting excited about videogame things.

“We definitely did not want to try to get on this latest drama wave for traffic’s sake. How could any readership respect any outlet for that.”

Now that’s what I’m talking about.

North executing some righteousness right there.

Seriously, I just gained a lot of respect for Dale and Destructoid over that. Also, as others in the comment section noted, Destructoid has so far not been entrenched in the bull-crap of crapping on people like all those other uppity hipster sites who probably consider themselves writing and critiquing “interactive emotional entertainment thought experiences”.

Screw that crap, I would rather play video games.

“It has been said that Destructoid’s relationship with Anthony Burch (or to extrapolate, Nick Chester, Chad Concelmo, Alex Ryan, Jayson Napolitano, et al) should be made explicit on all editorial content relating to him (or them). While I think that is a little bit unreasonable to expect, we are including information like that in our bios now.”

If Destructoid was on the blacklist, I think it’s safe to say that they belong on the whitelist. Really.

Now for a bit of recapping because I’m sure those of you who read this article and have no idea what’s going on you’ll need a bit of updating. Lucky for you this article will roll out the basic information so you’ll be abreast of everything that went down in this situation.

8 thoughts on “#GamerGate: Destructoid Updates Disclosure Policies Due To Controversy, Thank You”