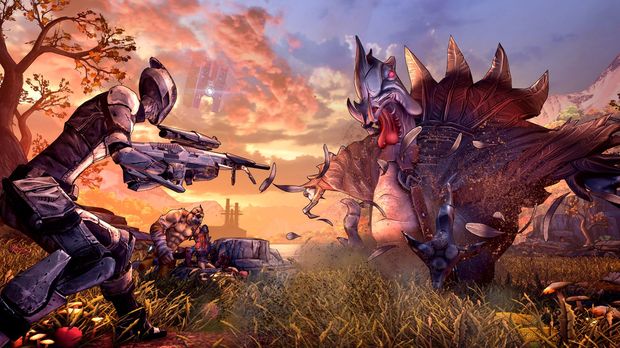 Well, this is it, folks. This is the turning point where we’ve been waiting for something big to happen… and it did. A writer at Gearbox Software has outed himself as part of the corruption and cronyism taking place in the gaming industry at the moment. Gearbox Software’s Anthony Burch tied himself to the exact kind of corruption that gamers have been crying out against during the #GamerGate movement.

In a fit of rage, the Gearbox writer took to Twitter to express his anger at what he perceived as an attack against women, with Attack on Gaming capturing a collection of his Tweets. If you want to see how they appear on Twitter you can click on the link to their site. For the sake of clarity the tweets have been compiled into a quote below for readability purposes…

“2 BL2 DLCs I wrote got pretty good reviews from Destructoid writers who I was friends with. This has never been mentioned by #gamergate once” … “That’s fucking “corruption” as much as any of the other shit is. But, nah, I’m a guy, and so were those reviewers, so just let it be I guess” … “An entire “movement” pretends it’s interested in investigating all forms of “ethics,” then pretends “oh you just weren’t on our radar Ant””… “Yes, I wasn’t on your radar despite having 32.7k followers because your radar only hones in on women, you hypocritical fucksticks”…

“Me/Goldfarb/Linde/Destructoid/IGN/Gearbox is the most obvious “connection” chain and because we didn’t fuck anybody, you didn’t care.” … “So don’t pretend “oh wow thanks for letting us know! We just hadn’t gotten around to it” as if you weren’t busy harrassing women exclusively” … “Lead writer of BL2 gets good reviews from former workplace: (crickets)”

Interestingly enough, neither of the two writers acknowledge that they are, in fact, friends with Burch in their reviews and that they are reviewing a product from a good buddy. I’m not sure how Anthony thought that gamers were supposed to make that connection, but I’m glad he admitted as much, as it’s another good entry point into the examination of the connections between developers and gaming press.

Amazingly, the tweets are still up there. I imagine as this story spreads Gearbox may request Burch to delete them, as they themselves are still embroiled in a heated legal battle over the misappropriate marketing and advertising to sell Aliens: Colonial Marines. Don’t worry, though, Burch, we all feel your pain and I took the liberty of taking screenshots of those tweets so we’ll always remember how unfair we were to you and your active participation in cronyism.

A user on Reddit named henrykazuka had a perfect response to Burch’s outbursts, writing…

“That has to be the worst defense ever ‘I killed a guy yesterday and no one said anything on the news. It’s not a crime to kill people!'”

“Or he is so used to seeing corruption everywhere he thinks it’s something normal that everyone does. If that’s the case, I feel sorry for the guy.”

You feel sorry for him? I don’t.

[Just for reference, Phil Fish, Silverstring Media and Kotaku have all been called out (amongst others) during this movement, so Burch’s claim that it’s only “among chicks” is disingenuous.]

The Justin he refers to is a certain Justin McElroy and his brother Griffin McElroy. Justin is the managing editor at Polygon. According to Burch he infers the allegation that Justin used his position to help get his brother the job. A classic case of nepotism? It’ll warrant further investigation.

Nevertheless, Burch mentions that it’s no big deal. Why? Well, here’s why…

I think his dismissive attitude is sort of what’s sparking so much of this rising fire. The fact that a lot of people weren’t able to make the connections doesn’t dismiss that it’s wrong. It’s also ignoring the obvious problem of Burch making this disclosure public after the articles have been published for more than a year. It would be nice if this was disclosed as they were being published.

Would have been so difficult to make it known that the people reviewing the products are actually close friends with the person?

It’s interesting that Burch stepped forward in this way, since at the moment a lot of developers are afraid to step into the arena for fear of reprisal, as noted in another article at Attack on Gaming where Giant Bomb writer Patrick Klepek mentioned the following. I’m curious to see where this goes and how far the rabbit hole stretches with Burch’s admission of guilt.

The fire continues to rise.

For further reading, be sure to check out the GamerGate tag on this site.

(Update: It’s been brought to my attention that Anthony Burch was possibly referring to this review here as well: https://archive.today/RCnXO from Joseph Leray, when he was querulously attacking #GamerGate)