4chan Responds To Allegations That #GamerGate Was Created To Harass Women

The entire #GamerGate movement is moving in a wild direction [Before asking what #GamerGate is, it’s thoroughly explained in this article right here with a nice little numerical time-line]. Things have turned into trench guerrilla warfare, as the radical left-wing extremists have tried using IRC chat logs to push the agenda that #GamerGate was a conspiracy created for the sole purpose of harassing women, and that celebrities are doing nothing more than “weaponizing minorities” to protect gaming.

The whole thing thing went public when alleged victim Zoe Quinn had been spying on 4chan chat logs (which in itself begs anyone with common sense to ask why someone who has supposedly been harassed and abused by 4chan bother to spend their time spying on what they have to say?) and posted a smattering of incoherent chatter from some members from 4chan at this site here: https://storify.com/strictmachine/gameovergate

According to the Twitter posts, Quinn alleges that the whole #GamerGate movement was a conspiracy from 4chan to abuse and harass her and her friends (because a feminist scholar like Christina H. Sommers and Hollywood actor Adam Baldwin obviously have nothing better to do). I think I speak for everyone when I say that we would all rather be doing something far more productive than harassing someone that has no impact on our lives outside of #GamerGate.

“…reasonable people of #gamergate and @TFYCapitalists were nothing but pawns to these folks.” … “*all* of this has been orchestrated by a band of folks who hate “SJW”. that’s the real #gamergate. “ …”also #notyourshield was purely to deflect when people started calling out #gamergate as misogynistic “

The Fine Young Capitalists were supported by 4chan and has more than $20,000 accrued by the multicultural community of the imageboard.  That’s more than what any of the gaming media has contributed to their cause, so I don’t see how they’ve been used by 4chan, especially when TFYC were allegedly doxxed and shutdown by Quinn’s associates. I’m also pretty sure I could link to enough articles on Kotaku that equates to $20,000 in ad revenue that some people would label as sexist, immature or exclusionary; heck, this one here kind of comes to mind.

But we already know that places like Kotaku have no interest in equality, standards or ethics. So that’s probably why you won’t see any positive articles about TFYC on those major media sites… but you will find articles like the one below on there. 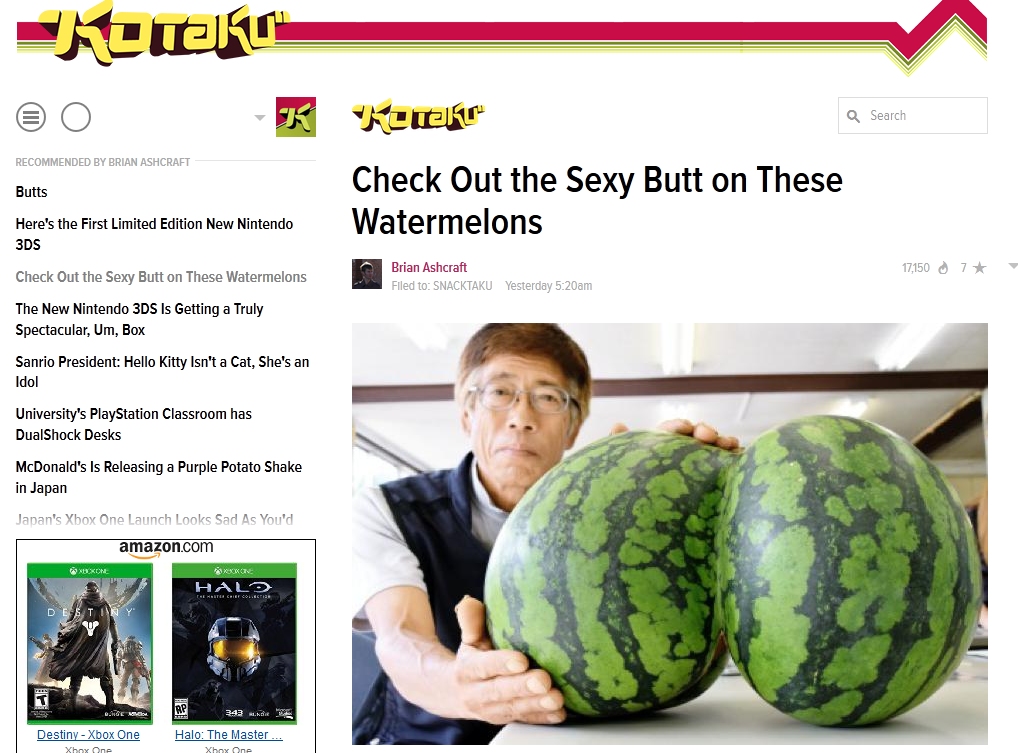 In fact, if we wipe away the history of both 4chan and Kotaku – right now 4chan is contributing more positively to the pro-feminism movement than anything Kotaku is doing at this very moment. I mean, they would rather run stories like this than do anything meaningful or positive about The Fine Young Capitalists.  I guess that’s why 4chan has more female engagement than Kotaku and their like-minded cronies combined. 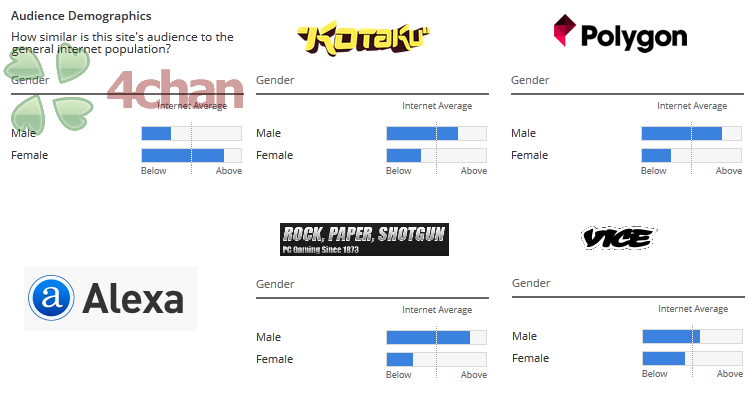 Anyway, 4chan was reached out to by The Escapist co-founder Alexander Macris. A selected member of 4chan drafted a response to his questions about what the goals were for #GamerGate as well as what was happening in the chat. Here’s what they had to say…

“Yes, [the chat logs] are from 4chan irc channels, however most of them are taken out of their original context. a [sic] majority of them are simply jokes. also [sic] note that these irc channels are public, and anyone can post on them.”

I should also add that #GamerGate was coined by Adam Baldwin, not 4chan. It happened over the weekend on August 27th. He started the hashtag after he watched the videos from the Internet Aristocrat. He then tweeted out a bit of love to The Fine Young Capitalists. Again, that had nothing to do with 4chan.

Anyway, I’ve seen a lot of the game journo scum saying that the movement has no cause and has no direction. Either they can’t read (which wouldn’t surprise me) or they didn’t bother to check out other websites that are actually reporting on it (which also wouldn’t surprise me since they only seem to frequent sites that enjoy ruining  lives by running articles with poorly researched information about someone raping another person based on a Tumblr post, or getting people riled up enough over unsubstantiated rape claims that causes a CEO to receive death threats and rape threats against his wife and kid).

“[…]the purpose of #gamergate is to rally for transparency in gaming journalism and the media in general, and also to put an end to the blatant corruption in the gaming industry and gaming journalism.

“the thing that most people seem to forget is that video games are games. they [sic] exist for one sole reason, entertainment. as [sic] soon as people start to stray away from that concept, it start to become detrimental to the medium. Shoehorning politics into something that is meant as entertainment is entirely unnecessary and moreover destruction to video games as a whole. it [sic] quickly becomes about politics and ONLY politics, and the main purpose, entertainment, begins to fade out and become irrelevant.”

They cite one of the recent “Gamers are Dead” articles that state that “fun” isn’t what games should be about. It’s an article from contributor Devil Wilson called “A Guide to Ending “Gamers”. In the interest of click-starving, you can check out the article here on Archive.Today.

The 4chan missive goes on to state…

“Harassment and abuse are never a good way to achieve ones [sic] goals. we [sic] have tried our best to be respectful and polite while also encouraging others to be so as well. we [sic] do not condone this kind of behavior.”

It should also be noted that those claiming to be representing “social justice” have devolved into the same kind of mob they decry, hurling death threats, rape threats, harassment and abuse at those supporting #GamerGate. In fact, there is a website dedicated to abuse that gamers are receiving for supporting #GamerGate called GamerGateHarassment. [Warning: Some of the content there can be very extreme for sensitive readers]

Given that the gaming media has completely ignored gamers during this scenario and have continued to release culturally damaging and slanderous articles about the community that keeps them in business, 4chan states that they – along with gamers out there who wish to see a better form of media representation – will cease to support sites partaking in the following…

“[…] the general qualifications are cronyism, nepotism, conflicts of interest, clickbaiting (purposefully using a hot button topic in an attempt to garner more views or clicks) and hypocrisy. We [sic] have several examples of such actions […]”

As for Quinn throwing the #NotYourShield movement under the bus… keep in mind that you are your own voice. No one can bully you into supporting something you don’t believe in.

A lot of gamers came forward, stepping out from behind anonymity to prove that 4chan is not manipulating them. The below collage is a beautiful display of the power of individuality moving behind the #GamerGate and #NotYourShield movements. We aren’t going away, we’re giving up; we’ve faced harder bosses in SNK arcade games.