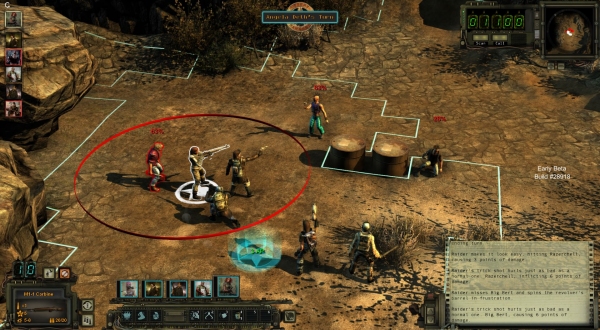 Brian Fargo, the head honcho from inXile Entertainment, made it known that Wasteland 2 is coming… soon. How soon? Well, try September 19th soon. The game that’s been 20 years in the making has finally secured a release after an ever-so-slight delay. Previously it was hinted at that the game might have been released in August but due to a few hold-ups on the physical fulfillment side of things the game has slipped into September.

“Before we get into the fun stuff, a quick note on the release date. It’s pretty likely that we will slip into the first or second week in September due to fulfillment of the physical goods and discs. We will give an exact date as soon as we know it.”

Well, today Brian Fargo took to Twitter to explain that the release date is set and that September 20th will be the day that the sequel to one of the most beloved and underrated games of all time will finally become available to the public, saying that…

For those of you who haven’t been keeping track of this isometric RPG, Wasteland 2 is a classic throwback to the hardcore role-playing games that helped shape the 1980s and 1990s. It’s an uncompromising tale of survival, betrayal and conquest as rangers attempt to survive in a post-apocalyptic world.

You can check out some gameplay of Wasteland 2 in the video below.

The game is pretty slick insofar that it’s a throwback to classics like Fallout 2 and the first two Baldur’s Gate games. Players will gather up a party and interact with the denizens of a harsh and unforgiving world. Toss in perma-death and some mature themes and you have yourself a potential GOTY experience in the making.

Wasteland 2 is also one of the original Kickstarter darlings, so it’s nice to see this game finally crawl close to an official release. Let’s just hope it lives up to the exciting gameplay videos and the indie-hype it’s built up for itself. I’m thinking that it’s going to deliver and then some.

You can learn more about Wasteland 2 before the September 19th release date rolls around by paying a visit to the game’s official website.