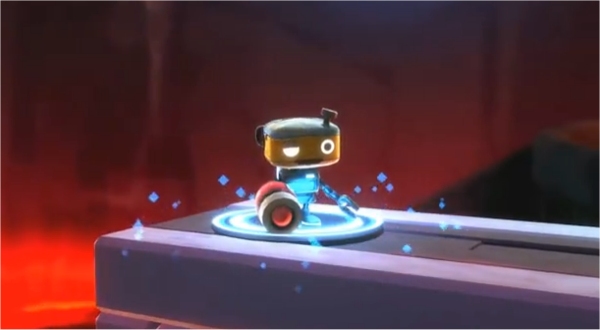 So how do you like your platformers? How about extra hard with a side-order of crispy tears and frustrated groans? Maybe an extra topping of controller-thrown-against-the-wall and sprinkle of rage-quit? Well, if the challenge of old-school gaming beckons your attention and the call of side-scrolling platforming is your cup of tea, you’re going to love Candescent Games’ Tinertia, the side-scrolling, 3D platforming game that features the absence of a jump button in place of gravity-propelled rocket-fire.

The news was originally made apparent on Candescent Games’ website, where a day before the game’s appearance on the pinnacle platform for PC games, they let everyone know that Tinertia was ready for the Early Access treatment.

As mentioned on the site…

“The Early Access version contains a lot of polish added since the Alpha build like a revamped GUI but most importantly the addition of the second and third worlds, Mines and Sewers.”

Before you blow this game off as yet another indie platformer, it’s probably best to check out the super sexy trailer below so you have an idea of how a game without a jump button works.

As you can see, the game is skill-based and centers around the player’s ability to reflexively adapt to the rapid pace of the platforming experience. Firing the rocket at the ground boosts players in the air for some nifty platform-puzzle antics. It looks tight.

I wasn’t expecting much from the game when it was billed as a platformer with no jump button, but I think Candescent did a pretty good job of balancing the quick pace of a skill-based platformer with the limitation of not being able to freely jump like in other games. Also, I have to say that the game’s gravity and the way the mass of the characters work in the game looks pretty cool. It reminds me a lot of the older Mega Man X games.

You can check out the game over on the Steam Early Access page, where it’s available for digital distribution for the price of $14.99.