The Fine Young Capitalists IndieGoGo Gets Restored After Multiple Attacks 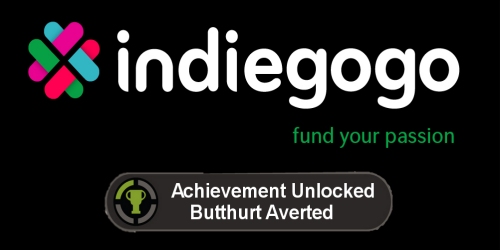 Whether you support The Fine Young Capitalists’ indie game jam or not, you have to admit that it’s a pretty ignorant thing that the crowd-funding campaign to help get more female game designers flourishing in the industry was attacked because it was viewed as an opposing stance to the “Five Guys Burgers & Fries” fallout (an appropriate name so as not to drag the actual names of the participants into the discussion.) The nice part about it is that justice has prevailed and the campaign is continuing to move forward. Crisis averted.

The Fine Young Capitalists have posted an update on Tumblr, noting that their campaign has been restored by the IndieGoGo committee after the crowd-funding initiative had been taken down multiple times over the weekend due to attacks from a character donning the pseudonym “/V/”, a sort of manifested social-terrorist working against 4Chan’s /v/ core gaming community. As noted on the Tumblr page…

Indiegogo has allowed us to reopen our campaign. We will be making a statement later today on the issue.

4 Chan’s Referal link is indiegogo.com/projects/the-f… and they wish for their profits to go to Colon Cancer Alliance to “chemo butthurt.”

If you’re giggling because of how ridiculous this whole thing sounds, don’t worry, I had a good chuckle or two thinking about how bizarro “/V/” has been terrorizing a community known for trolling and crap-posting. The irony is literally palpable in the form of news reports chronicling the fallout (or rather, the lack of news chronicling the events).

You see, the whole thing involving The Fine Young Capitalists and their game jam to help proliferate the growth of female game designers in the industry is one part pro-feminist movement and two parts scorned-retaliation from the gaming community who feels betrayed by the gaming media who has enacted a blackout on anything related to the “Five Guys Burgers & Fries” incident… an incident that originally involved someone who had the FYC game jam shutdown before the scandal reached a fever pitch.

Anyway, 4Chan’s /v/ supported The Fine Young Capitalists by initially donating $5,000 and working with the group to create a new female protagonist named Vivian James. You can check her out in this story right here.

The campaign couldn’t gain legs to stand on for a short while because it was constantly being defaced by the individual or group behind the “/V/” persona.

Unfortunately, gaming websites refused to report on the issue because then they would have to explain why it was being defaced and why 4Chan had donated as much money as they have to the project (viz., the campaign has accrued $29,436 after being restored, as of the writing of this article).

After a lot of begging, prodding and community movements within the social media space to get the word out there, larger sites like Tech Crunch budged an inch, and that was like taking a step worth a mile for the gaming community.

For those of you still confused about all of this – and if it’s still flying over your head like parody flies over the head of Sean Penn – there’s actually a really good video summary of all the events leading up to this moment by ReviewTechUSA and Mundane Matt, as they break down and provide a chronological assessment of what has transpired so far. If you have a half-hour to spare it’s really worth a watch, especially since it’s one of the few videos that aims to keep it focused on the real issue at hand: the indiscretions that led to the corruption of gaming journalism.

Another good perspective on the scenario is provided by Gamer Headlines, offering a more stark and honest take on the scenario without looking to shame everyone who doesn’t agree with one point or another… opposite of a certain someone at a certain very large gaming site I used to have a ton of respect for.

Now, for everyone else who was excited about showing some love and support to The Fine Young Capitalists – and their movement to help get a game made based on the ideas and concepts from creative, aspiring female designers – then feel free to visit their new, improved and hopefully hack-proof IndieGoGo page.

As mentioned, they’re already near the halfway point to their $65,000 goal. You can also click the image link below to get taken directly to the page. I’m sure we can count on a hand how many major gaming sites would be willing to report on the news given how much of their own integrity would be put at risk for having to cover the whole story. 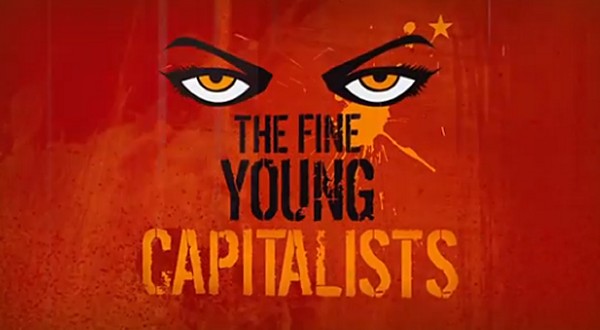 Also, huge shout out to the fine folks on the Escapist forum for keeping track of all this.