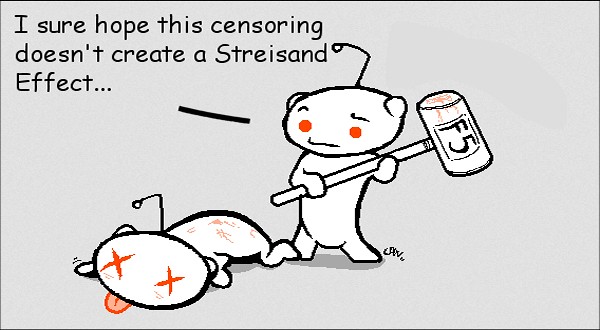 Welp, I guess support from Reddit’s core gaming communities is coming to an end. We’re in a real good mess now. The /r/Games and /r/gaming threads are attempting to shadow-ban anyone who appears to want to dive neck-deep into the whole #GamerGate fallout that spawned from tawdry and filthy laundry dragged out into the street from the dank and unsavory basement closets that major gaming sites thought safe to hide their unmentionables. Well, like the old saying goes: even if you fart in a dark room, someone’s still going to smell it.

If you didn’t know, the latest Quinnspiracy Theory video dropped from the Internet Aristocrat. This guy has been going around tearing all the wannabe games journalists (or lack thereof) new dooty ditches like Roto-Rooter rips a butthole in your lawn to fix a sewage problem… and fixing a sewage problem is exactly what the Internet Aristocrat is doing. This bile is all over our playground we call video games, and this sewage comes from a vile and toxic septic tank known as games journalism.

You can check out the Internet Aristocrat’s video below.

As gamers attempted to spread the word online and get more gamers informed about what’s really happening at the core of the gaming industry, they ran into a bit of a problem: They were being shadow-banned on Reddit, specifically the /r/Games and /r/gaming threads, which are the two largest sub-reddits out there to discuss gaming related material. And really, discussing the core of games journalism kind of seems like appropriate subject matter for both threads, right?

Well, the mods in those threads weren’t having any of it; none of it at all.

While they allowed gamers to partially expose Kotaku and Polygon’s unscrupulous ties between journalists and developers, they weren’t going to let things go far enough to actually allow the wider gaming community at large to become informed and educated about the ill-mannerisms of the people who control the flow of information that changes and dictates what gamers know and can consume regarding the interactive entertainment industry.

Users noted on the YouTube page that the entire Quinnspiracy thread was shadow-banned on /r/gaming and /r/Games. Clicking through to the link you’ll find people actively distraught and angry about the latest Internet Aristocrat video not appearing on Reddit’s two biggest gaming threads.

In fact, if you go to look up the Quinnspiracy videos from gaming’s new internet hero, you’ll find plenty of his videos in various threads posted by all sorts of individuals, but nothing in /r/gaming or /r/Games. In fact, if you check the “New” tab for either (and I did so as people were just posting his videos) there was nothing. Check out the screencaps here of Reddit’s /r/Games “New” tab:

Notice anything missing? Yep, nothing about Quinnspiracy in there. Checking through two whole pages of the “New” tab and nada. Zip. Nilch. Zero.

And just for the sake of veracity, here’s an image of the timestamp so you know that yes, it happened the day that gamers were trying to submit the video and there was no funny business going on.

The image also reveals that many of the other threads allow for discussion to take place, just not the ones with a large and impressionable gaming audience. Why is that?

Heck, it’s not even just Internet Aristocrat’s efforts to expose and enlighten being shutdown and silenced. TechRaptor, one of the good guys, also had their stuff recently shutout from Reddit within the past day, writing on Twitter… 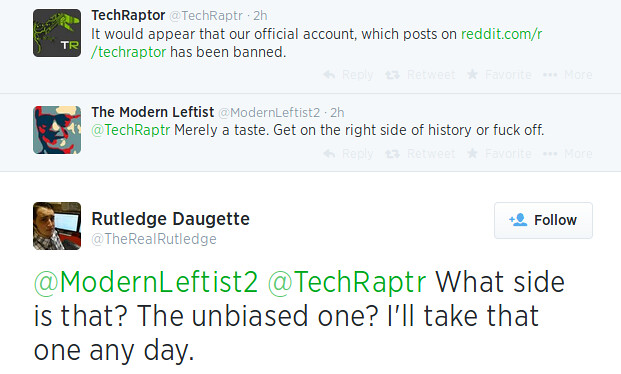 Suppression of information is never a good thing.

Now I do understand that previously it was mentioned that the Reddit admins didn’t want anyone doxxing or harassing a certain individual, but at this point we’re well, well, well beyond even discussing the one who shall not be named. We understand harassment and abuse is evil. We understand that the Jerry Springer stuff isn’t important. In fact, we don’t care.

Namelesswonder wrote it out perfectly on one of the Quinnspiracy threads on Reddit, saying…

“This issue is about cronyism and collusion.

“Keep trying to spin it as sexism and morality.

If it’s not obvious enough I’ve made it perfectly clear in all the coverage here that this has nothing to do with “slut-shaming”, “misogyny” or “oppression”, just as the quote above notes. In fact, it’s all about the opposite.

One of the main reasons I even got involved is because of TFYC, and reading about their hardships during this whole ordeal. So yeah, a main goal now is to help get The Fine Young Capitalists’ IndieGoGo completed so that we can see positive representation in the industry; and also a lot of us want to kill off the toxic gaming media pushing pseudo-social movements and self-serving agendas.

There hasn’t been any core gaming groups moving against The Fine Young Capitalists. However, on the opposite side of the field there are people trying to shut them down who happen to support all the pundits yelling at the top of their digital lungs across social media that they’re being oppressed and that games culture is exclusionary and hateful, which is all kinds of priceless irony. Oh yeah, we’re a real hateful bunch having to spread the word about a feminist game jam that’s raised $39,798 in crowd-funding (at the time of the writing of this article).

As if it’s not bad enough that there’s still a blackout on an actual investigation and discussion into the screw-loose mechanics that make the wheel of games journalism tick and flip on a railroad of hype and corporately crooked ethics, we also have major gaming sites being selectively prejudice in choosing how the narrative of this whole saga is portrayed. Right now it’s all about how evil we all are as gamers… we’re the bottom-rung, basement crawling, dung-scrapping, misogynistic rape-apologists.

Thankfully, gamers are being active in exposing their crap and moving forward by directly contacting and attempting to shutdown and block ad revenue for some sites. Hit ’em where it hurts… and nothing hurts worse than a shortage of those dollar-dollar bills.