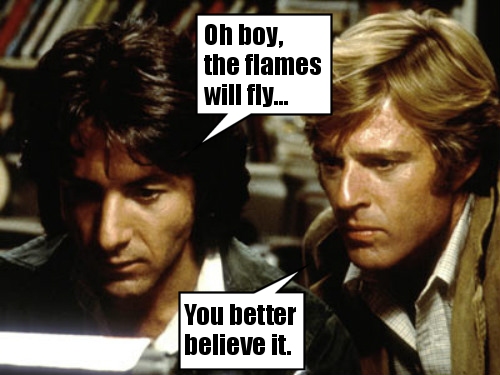 Well this is a shocking turn of events. Who would have expected that after all the silencing, all the blackouts and the mustache twirling antics to keep a certain issue from surfacing up for all to see, managed to finally bubble over like an overstuffed pot full of piping hot chili waiting to explode? Well, the chili has exploded.

Originally, places like Reddit, N4G and other forums and discussion threads tried to silence the community like a protestor in a fascist state. They tried to keep gamers down like the corrupted powers fighting against civil rights. They attempted to enact a measure of thought control against the people they thought they controlled, but they failed. Gamers prevailed, and their voices cannot be silenced by the disturbed and corrupt towers that seek to manipulate and distort the flow of information.

Over on Reddit’s /r/Games, a nicely detailed, completely neutral, fact-based post lays out part of the problem that many gamers have expressed disdain over throughout this inexcusable scenario. It’s a problem that’s attached to a scandal that has caused many major outlets to step away with their hands in the air like a postal worker getting hold of a box with a leaky white substance spilling out from the sides. However, instead of investigating the situation, gaming’s top sites decided to blackball the information as if nothing anyone said was worth a damn.

I’m even saddened to say that one of my favorite writers completely dismissed and belittled the community that made him what he is, and refused to listen to reason at all costs. Thankfully, the Reddit thread lays out bare all the information and facts for everyone to see, like a bulbous tumor flailing out of an exposed and disgusting victim of immeasurable indiscretions, open on a crucifix of shame.

The information plots a thick course of what should be conflicting interests between gaming media and the subjects they cover within the relevant topics of the industry. We see – with provided links and documentation – how all of it leads up to a potential explanation as to why certain sites have taken a vow of silence (or an active hunt to enact silence) against all those who have voiced their displeasure and disgust at the recent scandal that has shamed and marked the gaming media circuits like a plague carrying irrecoverable ailments.

Of course, just writing about what’s present isn’t the same as showing you what’s present. In case the Reddit thread gets deleted, you can check out a screen-snap of it below. 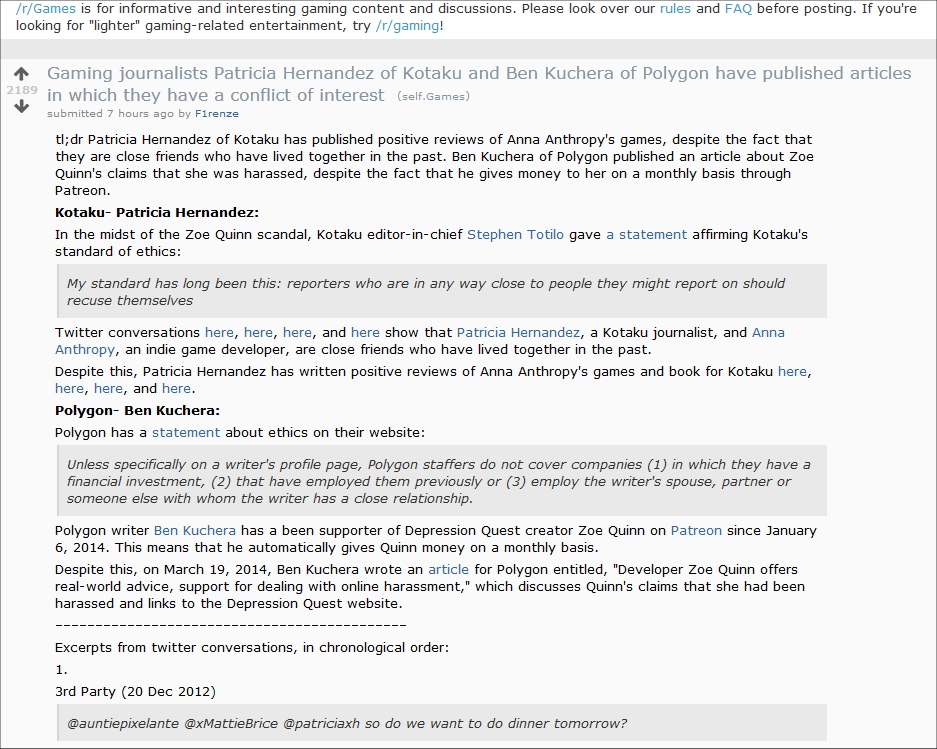 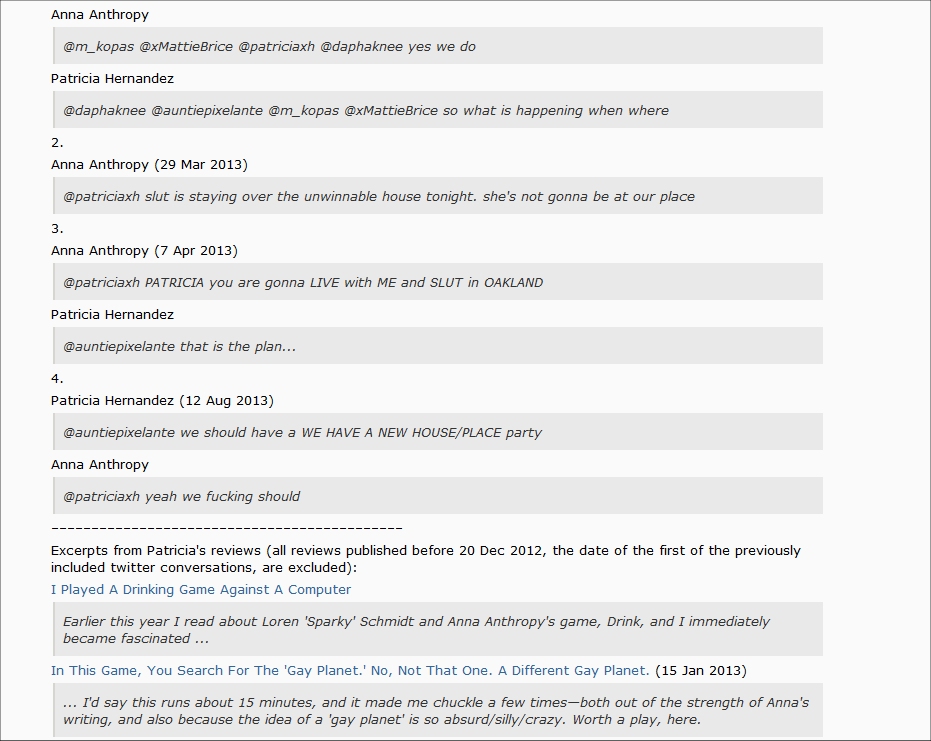 Images only tell part of a story. I’m sure – in case the thread is taken down – some individuals would like to visit some of the links presented in the thread that user F1renze took so much painstaking time to compile.

So here it is.

The link to Stephen Totilo’s statement about Kotaku’s standard of ethics.

The conversations that gamers feel indict Patricia Hernadez as a journalist exercising a conflict of interest with the developers: Here, here, here and here.

In This Game, You Search For The ‘Gay Planet.’ No, Not That One. A Different Gay Planet

There are additional supporting threads here and here.

But Hernadez wasn’t singled out. F1renze went a step further, targeting Ben Kuchera. First he cited Polygon’s code of ethics that can be found here, and then proceeded to expose how Kuchera pays to support a certain individual via Patreon – as it was brought out in the infographic that you can view here – while promoting certain works in this article titled: Developer […] offers real-world advice, support for dealing with online harassment.

So what does this have to do with all the other fallout taking place over the past week? Well, it explains why some of these larger sites wanted to stay silent in the matter, as noted in the article about the infographic explaining their collusion. Exposing any part or facet of the bulbous tumor would pop puss all over the place given the small bits of association some of these sites have with the individual sitting at the core of the subject matter. It exposes the conflict of interests.

It’s sad because The Fine Young Capitalists was a partial casualty of the incident, falling victim to indirect fallout from all the cesspool sludge that was being slung from various sides.

Thankfully, 4Chan, of all places, helped The Fine Young Capitalists get their IndieGoGo campaign back on track and have done more to contribute to proliferating female game designers in the industry than the so-called social justice warriors at the major gaming outlets who have decided to avoid the topic altogether.

It’s sickening to see how the cronyism and selfish agendas of specific individuals has spawned such a nasty, nasty outcome. The smear of disrepute across the face of gaming media came at the hands of gaming media, and it took gamers and a hard edge for justice to bring this all to light.