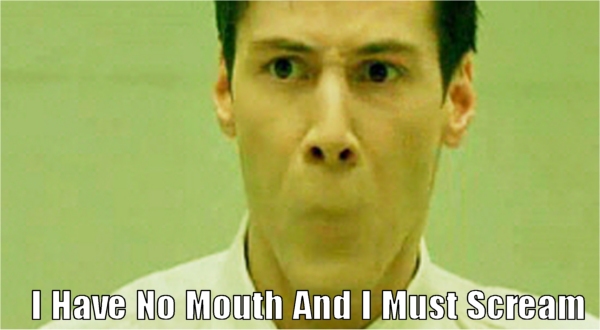 An interesting fallout took place recently involving gaming media and a certain scandalous situation that would make for a pretty good Taylor Swift song 10 years from now. I’m not going to get into the soap opera bits about the tale, but I would like to cover the more important aspects of the fallout: Indiscretions took place within the gaming industry that may have compromised how some outlets promoted, covered and supported a certain endeavor involving a certain game. The ties to the scenario and the scenario itself has mostly been kept under wraps by a lot of the larger gaming sites so as to avoid any controversy. However, the controversy seems to be coming to them.

While the situation originally unfolded with a mass amount of censorship across the internet (and as we all know, once something goes out into the internet it stays on the internet), gamers eventually began revolting by spreading the word about the attempted choke-hold placed on the discussion.

Well, one group of gamers really don’t want the whole discussion about integrity and corruption within the gaming journalism ring to fade away like Bridget Fonda’s career.

As usual, you can always count on the lovely folks at 4Chan to pull through with something that keeps people talking, and the folks from the /v/ board put together the following diagram explaining why they believe that there was such a shutdown on the discussion involving the ethics of games journalism across so many of the major gaming outlets out there. Scope it out below.

Don’t just think it’s only the 4Channers all wound up like a knitted ball in a mouse’s cubby-hole. The whole thing has spread enough to even get some indie devs dragged into the situation, even unwillingly… like this chap expressing himself on Reddit, seemingly trapped between a rock and a Facebook wall.

An anonymous, self-proclaimed female indie dev took to a Gabrielaknight WordPress blog to express her discontent with the situation, explaining that…

Despite (or rather because of) all of the pontificating by left-leaning social justice types in the game industry about oppression, the easiest way for talentless hacks to break into the indie gaming industry is to associate with the sort of hipster liberal types that are getting all the publicity for their oppression. And worse yet, they get in over people with actual skills. I had a friend in college who was an amazing 3d modeler trying to break into the industry. She was turned down repeatedly and had to settle at a shitty mobile game company making cow clickers that no one cared about.

Gamers who felt like they had something to say about the issue were instantly shutdown on places like Reddit and N4G, only to later have some form of those topics resurface again.

As I mentioned in a previous article, I don’t care about the soap opera crap. I do care about gaming as a hobby; I do love the culture and I love what video games represent. I don’t like when people try to turn it into a cesspool of greedy personal agendas and political battlefields that only aim to embitter and castrate dissenting voices about certain subject matters.

If people want to talk, let them talk.

Thankfully the smaller sites have been adamant in getting the word out there and spreading the fire like a wind in a dry forest. Places like Gamerheadlines and GameRevolution and TechRaptor have managed to offer some small overview of the situation.

Kotaku later did a brief mention about the scenario, only addressing the inaccuracies that began to spill out from the game of telephone.

Funnily enough, the whole thing seems to have gained legs based on what people didn’t want the community talking about. I’m almost curious to know what would have happened if the powers that be just let the gaming world burn with the heated discussions that lay heavy on the hearts of the community?