Halo: The Master Chief Collection Appears On Amazon… For PC 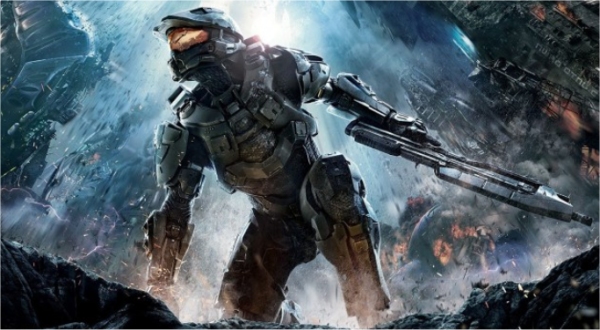 If you thought that Halo: The Master Chief Collection was Microsoft’s one-shot for the easy win; their hole in one; their eight-ball in the pocket; their prime-time, space-man ballroom dance with plasma swords and rocket launchers. You need to think again. It’s not confirmed, but there is a listing on Amazon hinting at a possible PC version of Halo: The Master Chief Collection… and that means that there could be trouble in Microsoft’s paradise… as far as Xbox One exclusivity goes.

Attack of the Fanboy spotted the listing on Amazon UK, where it was revealed that there could be a version of the game made available for PC. Check out the image below for a bit of tenuous but apparent evidence. 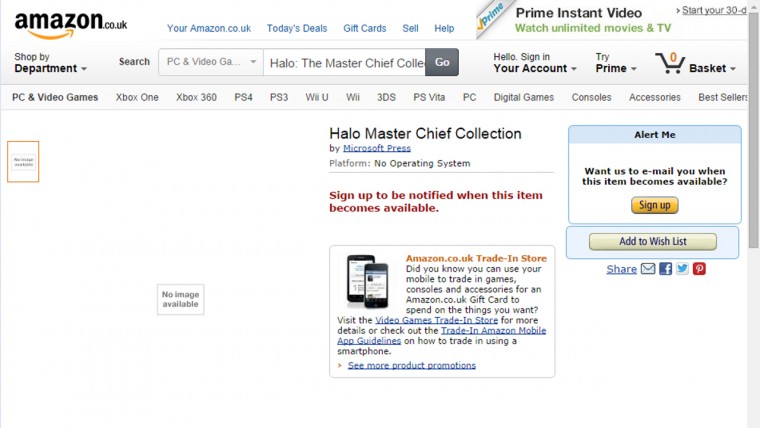 As I may have mentioned in previous posts, a retailer listing of an unconfirmed game could almost mean anything. In the case of Sunset Overdrive with the white Xbox One bundle, yes it turned out to be true. In this case? Well, on its own it seems a bit thin, but when reflecting on some older data, as mentioned in the Attack on Fanboy article, it does seem to look a bit more legitimate.

Take into consideration that I previously reported on the Halo trilogy appearing in the Steam database app. Combine this with other reports about the Spanish version of Amazon listing Halo: The Master Chief Collection for PC, and you begin to see that maybe the picture isn’t as half-painted as you may have imagined… maybe all that white on the canvas is part of the artistic design, no?

Well, Microsoft has been exceptionally tight-fisted about Halo appearing on anything other than an Xbox console in the past decade, apart from that pathetic Windows Vista port of Halo 2 and that even poorer port of Halo: Spartan Assault on Steam.

Nevertheless, Microsoft had mentioned to GameSpy previously that they had no plans to release… “any ‘Halo’ titles on Steam.”, back in February of 2013. My how times change… considering that they did release Spartan Assault on Steam.

Whether or not Halo: The Master Chief Collection could actually appear on PC or not is anyone’s guess. Right now I’m wagering on the answering being a big fat “NO!” only because Microsoft desperately needs to move Xbox One SKUs and having their biggest exclusive appear on PC would pretty much kill anyone’s interest in buying the console when they could get the console’s biggest game on Steam. Also, the game would consistently run at native 1080p and 60fps (and higher) on PC… there would be no reason whatsoever to buy the game on Xbox One at that point.

7 thoughts on “Halo: The Master Chief Collection Appears On Amazon… For PC”