Garry’s Mod Gets A Visit From Kotor’s Darth Revan 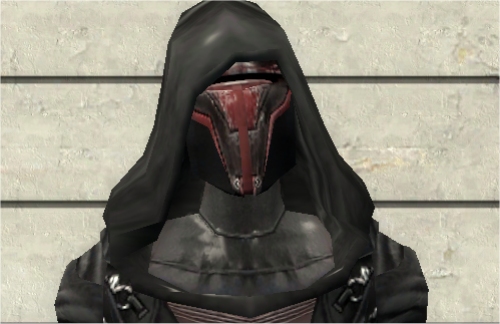 I haven’t written anything about Garry’s Mod in quite some time, so it seems a little necessary to at least throw a bit of love the way of one of the most played games in my Steam library. I was supposed to be regularly providing updates on some of the sweet new mods gracing Garry’s Mod, but I became a little wrapped up in a bit of a something-something involving gaming journalism and some burgers and fries… and maybe five guys.

Anyway, Garry’s Mod plays host to some of the sweetest mods you’ll find out there that aren’t just pervy nude mods or rocket ships made out of male genitalia… even though they still have a fair share of that. Anyway, one of this week’s highlights comes from a classic BioWare game that helped put their name on the board of fame during the sixth generation of gaming: Knights of the Old Republic.

While BioWare had been known for their impressive take on Baldur’s Gate, it was Kotor that made them beloved amongst the crowd of console gamers. Well, Steam user it gets bigger when I pull it (and I kid you not, that is his user name) rigged, fixed and uploaded a converted model from Knights of the Old Republic to Garry’s Mod.

I’m sure there are some other Revan mods out there, but this particular pack carries both the light and dark side Revan. Not that there’s all that much of a difference between the two… you know, other than that one wanted to rule a galaxy far, far away with an iron fist and the other wanted to sit by the beach with lollipops and rainbows.

Getting back on track… for those of you not in the know, Revan was the main protagonist/antagonist of Knights of the Old Republic. I don’t want to spoil the plot for anyone who hasn’t played the game (it’s pretty cheap and available right now on Steam).

If you want to role-play as Revan (maybe pretend to join VenturianTale on his video escapades?) or if you just want a really kick-butt character to lay the smack down during some team deathmatch, you can pick up the Revan mod, for free, right from the Steam Workshop page.