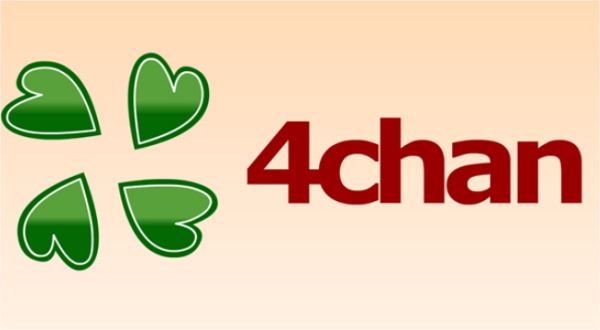 Writing under the pseudonym of “Ariel Connor”, one media journalist and blogger has finally come forward to say: gaming media was wrong. How they’ve handled this situation, how they’ve dealt with blackballing information and enacting radio silence for the sake of covering their own hides; they were wrong. According to “Ariel Connor”, she decided to come forward because the information finally came out about how The Fine Young Capitalists and 4Chan (of all places) actually became victims in a war that devolved into gaming journalists doing nothing more than protecting self-interests.

Over on a Twitlong post, Connor first makes it known that she has to write anonymously because speaking out publicly would cost her the job she obviously values, stating that…

“Before you ask, there’s a list of things I’m not going to do. I’m not going to tell anyone who I actually am; that’s point one. I’m a blogger and I am paid for my writings, and I have cause to believe that I would legitimately be either fired or in a very very unfavourable position as a result of this. Make of that what you will. I’m not going to make a video.”

Based on the writing tone and insinuations to the harassment she’s received from the place where she works – not to mention her ties to specific individuals and support groups circulating the “Five Guys Burgers & Fries” scandal – I would hazard a guess (and just a guess) that Connor might be an employee for Gawker or a related upper-tier media group within the gaming circles. But that’s just my own assumptions, don’t take my word for it.

Anyway, Connor goes on to say that…

“I made reactionary posts because I thought that TFYC had stone age trans policies (they don’t) and that they were mansplaining feminism from a position of privilege (they aren’t). I went so far as to call collusion with 4chan a form of deep corruption, compromising so-called ‘feminist’ values for the sake of making profit. That was until I saw that they stand to make NO money from this and will in fact be giving women with good ideas, not programmers, a portion of the profits commensurable with a producer in the entertainment industry.”

TFYC stands for The Fine Young Capitalists. They’ve been headlining a few stories here on this blog for a few days due to circumstances that were beyond their control. Namely that their IndieGoGo campaign was attacked and shutdown by someone going by the name of “/V/”… yes, like a bad parody of 4Chan’s own /v/ thread or the character ‘V’ from “V for Vendetta”. I wish that kind of silliness was fake, but it’s true… it’s sadly true.

Anyway, Connor admits that she blindly followed along in supporting the movement to bash anyone who wasn’t supporting the so-called victim of the “Five Guys Burgers & Fries” scandal. She admits that the torrent of smoke-screening and topic-diversions led her astray from the path of truth, justice and the righteous way.

As noted by Connor…

“The project was more or less killed by Zoe Quinn claiming that they were anti-trans and exploitative. This was a stance I absolutely believed, and I believed it because Ms Quinn said it. I didn’t do research. Why would I? Obviously someone as awesome as her would know what she’s talking about. And therein lies the problem. It’s so easy to misdirect and deflect blame or scrutiny from yourself by choosing your words carefully.”

This isn’t just Connor it’s a lot of the gaming media who have been using their platform, anonymously or otherwise, to speak down against, to attack and to exercise the kind of bigotry they’re supposedly white-knighting against. If you check the Twitter profile history of “Ariel Connor” you’ll see that she at first blindly raged against, mocked and attacked The Fine Young Capitalists because, well, that’s what her peers were doing.

In fact, it started a while back when The Fine Young Capitalists came under fire earlier this year for some rather strange reasons and became a mockery at the hands of a certain individual. Eventually they came back and are managing to do well now thanks to 4Chan, but the whole thing was chronicled in a 17 minute video below.

A lot of what’s discussed in the video finally comes full circle after “Ariel Connor” makes it known in the post that she blindly followed someone into battle against something she didn’t really understand, writing…

“I started to get headaches, and sweat, and get cravings for the cigarettes that I gave up years ago, because I just made the kind of errors I constantly lampooned people for making: I did not do my research. For that I am sorry. I am sorry I insulted 4chan and I am sorry I insulted The Fine Young Capitalists. I even gave money, for what it’s worth.”

Here’s my take on it: this doesn’t mean a whole heck of a lot until the anonymity is dropped and actual names and faces are placed to the apologies.

Anyone can claim anonymity and say something good or horrible, but right now there’s so much smog clogging up the line of sight for most journalists (if we can even call them that) that instead of doing their freaking jobs they’ve decided that anyone who isn’t actively berating, belittling and destroying their relationship with the communities that make gaming what it is, they’re somehow evil.

Even still, the blog ends with a rather telling line, stating…

“I’ve begun to notice an awful lot of harassment coming from people I’d consider to be on ‘my’ side. SJW’s throwing around words like neckbeard, virgin, misogynist pigs, even going so far as to compare them to ISIS. Sorry guys but just because 4chan is a big meanie, doesn’t mean you get to be bigoted and uninformed as well. Five minutes’ reading will tell you that Zoe Quinn is not an emblem of feminism in gaming, she’s a rebuttal to it.”

It’s like the hammer of truth came swinging down with the might of a thousand people saying “Yes!”

Following up on Reddit allowing Polygon and Kotaku to get exposed for conflicting interests of coverage, it’ll be interesting to see where things go from here.

Now the real challenge is ensuring that all the other self-righteous, self-proclaimed gaming journalists from the larger sites will take heed and finally break the silence on an issue that has done nothing but tarnish the gaming community via cronyism, nepotism and fascism.