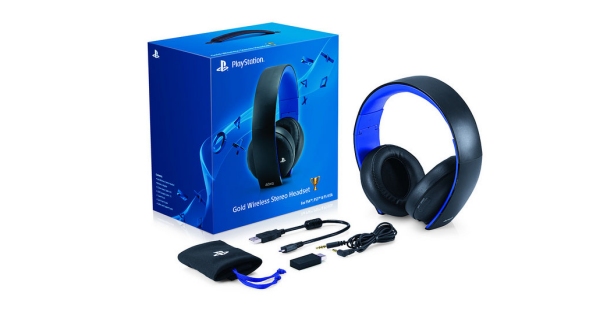 GameStop has a new deal currently going on for $20 off a PlayStation gold headset with a new coupon code. They’ve also announced that they have a special $50 off deal on consumer electronics, too. So if you’re looking to grab a new Amazon Kindle or mobile tablet, GameStop is trying to make it convenient for gamers and technophiles to grab gear at a discounted price. I can’t readily say that everything on sale is a great deal but some of the stuff might be worth it, depending on what you’re looking for.

So I’m not going to waste time trying to fill out a word count or anything like that, I’m just going to lay the info right out there for you from the start. You can get the PlayStation gold headset for $20 off or $50 off consumer electronics using the promo code: CE50

The deal for the $20 off is only good from now until next week, August 28th. So you might want to hurry and grab them if they were something that was on your radar. I don’t usually buy console-specific audio gear because it seems kind of limiting, so I can’t readily say if this is a good deal or not. I mean, compared to PC headsets, $79.99 will get you something pretty badass.

Now I just have to chime in here and say that I haven’t been following the used price market for some of these devices, so is $50 off $249.99 that great of price? Well, let’s take a quick look at what Amazon’s own Kindle Fire HDX sells for on Amazon…

Pre-owned, GameStop’s price is way too high compared to the $144.99 price tag by third-party sellers. However, compared to a brand new version, the pre-owned price isn’t that bad with the coupon code. Of course, it all boils down to picking, choosing and weighing the options.

You can check out a list of the consumer electronic devices on sale by GameStop that are eligible for the $50 off coupon code right here.