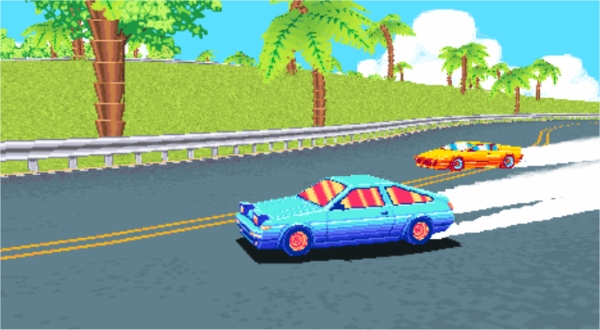 A new game is in the works from Chase Pettit and artist Charles Blanchard called Drift Stage. It’s a love letter to the 90s-era arcade racer that we used to get from companies like Sega and Namco, as the companies helped shape the arcade scene with iconic, nostalgia-ridden games such as Outrun, Daytona USA, Sega Rally Championship and Ridge Racer. The real cherry on the top of the retro-cake is the fact that the game features music from 1980s-inspired musician Myrone.

The combination of the aforementioned group gives Drift Stage an amazing amount of appeal that instantly hearkens back to a time when racing games were about soaking in the atmosphere, overcoming the challenges presented by memorable tracks and the thrill of powering through races while taking on friends, families and rivals… in split-screen and online competitions.

I came across the game from over on Rock, Paper, Shotgun. It’s still early on in the planning phases of development, but there’s enough of it available – for gamers who enjoy these sorts of titles – to take in a conceptual gameplay video featuring some amazing music from Myrone. Check it out below.

While the game is still a long ways off from release, Pettit revealed to Rock, Paper, Shotgun that they have some big plans for the game, including – as previously mentioned – split-screen and online play, leaderboards, time trial and single-player.

The video above is just a concept design test, as they need to iron out the drift mechanics and fix up the handling, not to mention provide the proper environments for the game (you won’t be driving through endless highways on a road that travels through the sky, even though that’s actually kind of cool).

If you pay a visit to the game’s infectiously engrossing Tumblr page (and I’m warning you now, it’s hard to turn away and it’s even harder to stop scrolling), you’ll see some really awesome images of what Pettit and Blanchard have planned for the game. 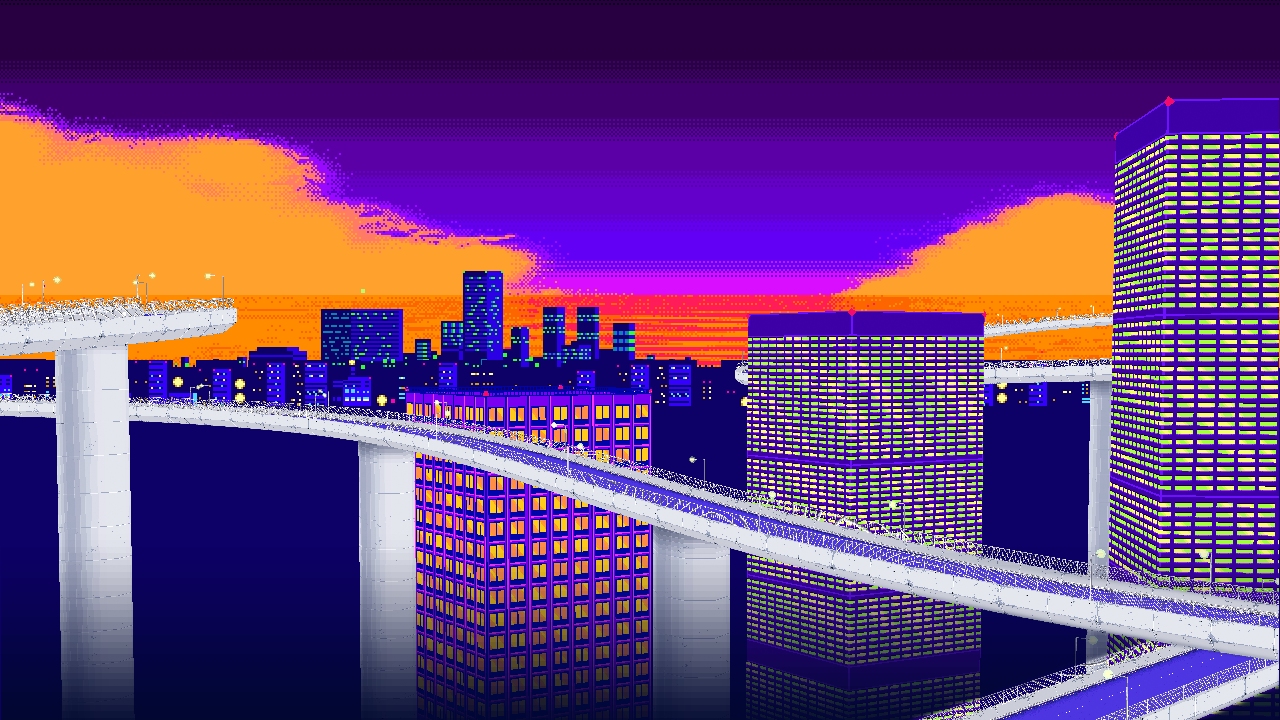 Sunny, Venice-beach themed art-styles and Miami Vice-inspired urban areas seem to be the aim of the background motifs, and classic sunset-hued palettes will help flesh out the bright and play-engaging art-style that envelops the theme of the game.

Personally? I can’t wait to see more of this title. It looks amazing and it reminds me a heck of a lot of Kavinsky’s iOS title that dropped last year. I wish we had a ton of more games that really embraced this kind of play-style and art, but unfortunately many of the larger publishers contemn anything that isn’t another Hollywood-blockbuster cash-in or mobile microtransaction-laden cesspool of in-app purchases and ads laced throughout the screen from top to bottom like some sort of midnight infomercial on a local cable access station.

Nevertheless, I can’t wait to see more of Drift Stage and I can’t wait to see how the multiplayer works out and how the physics all come to together. This is definitely a game worth keeping an eye on if nostalgia is your order of the day and something simple, fun and artistically exhilarating keeps you gaming late into the wee hours of the night. 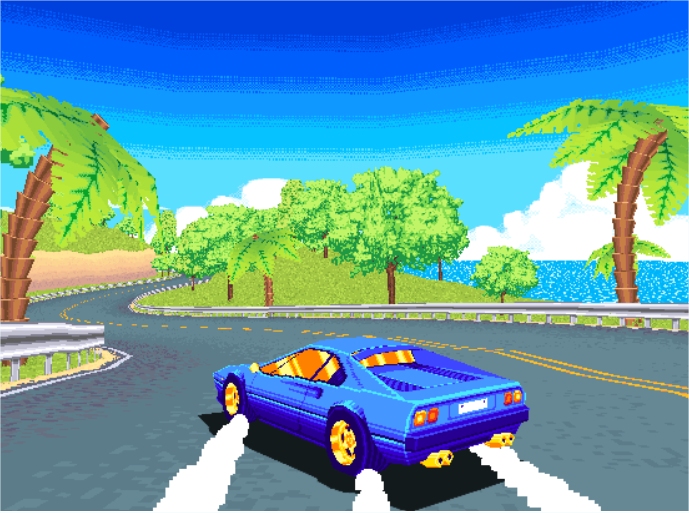 One thought on “Drift Stage, A 3D Racing Game With Retro 80’s Music? I think I’m In Love”