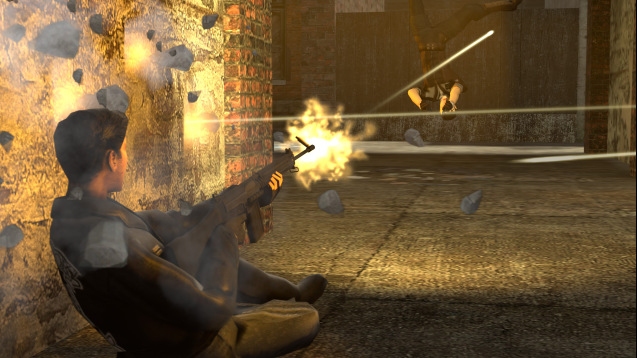 Completely free and designed to imitate the badassedness from John Woo movies, Double Action: Boogaloo is a stylish, competitive multiplayer deathmatch game that’s based on Steam’s Source Engine and combines all the flipping, dodging and bullet-ballet acrobatics you’ve grown to love from movies like Equilibrium, The Matrix and Wanted.

Originally, the name of the game was an instant turnoff to me because it seemed kind of passe and cheesy. I noticed that it had been officially greenlit yesterday during Valve’s announcement that 50 more games have been approved to appear on the Steam store.

However, Lunar Workshop’s Double Action is anything but passe and the very well-made launch trailer shows just how dedicated the team is to bringing “style” to the competitive multiplayer arena. Check out the trailer below.

I have to admit, whether you think the game is silly or not, the use of slow mo for the video fused with acrobatic gun-kata just made it all worthwhile.

Also, did you notice all the doves flying around and about? John Woo much?

In the very brief and to-the-point press release that actually caused me to click on the links and watch the trailer in the first place, the game is described as having various styles, guns and leaderboards for players to work toward topping, with the press notice stating…

I’m not entirely sure what the actual gameplay is like but the concept seems sleek. Also, the screenshots look pretty kick-butt. 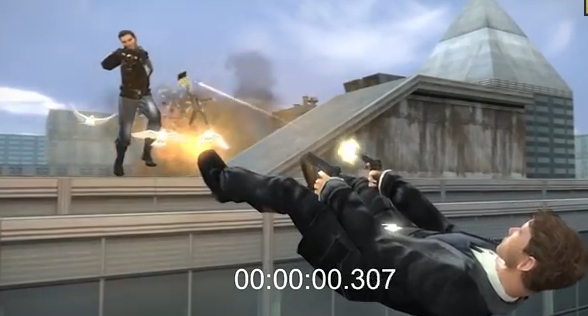 You can shoot-dive, cartwheel, flip, slide and dodge while blasting the ever-living-crap out of your opponents and look darn good while doing so.

The objective to the game is pretty straightforward, with the Greenlight page description reading…

“Double Action is a no-holds-barred battle royale interspersed with objectives to survive checkpoints, capture the briefcase full of money, and hunt down the wanted criminal.“

The game is currently free-to-play given that it uses a lot of other assets from other games, so quite naturally it can’t be sold. However, you can learn more about the mod or partake in the action by paying a visit to the official website. It’s not on Steam’s store just yet, but keep your eyes peeled as it may be arriving soon.