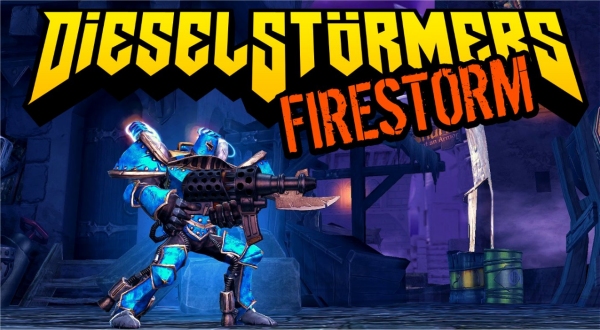 If there’s one thing hardcore action gamers can’t get enough of, it’s weapon variety… lots and lots of weapon variety. The newest update for DieselStormers brings some sexy new modifications to the weapon customization feature, as well as some brand new weapons for players to loot. In addition to this, a new mission type has also been added to spruce up the variety and replayability of the side-scrolling shooter title.

I’ve been a pretty big fan of DieselStormers ever since it first came onto the indie scene as Ravensdale. It’s a diesel-punk shooter that puts players in the role of guardians of their village, tasked with taking out the invading orc soldiers. It reminds me a bit of Warhammer 40k meets World of Warcraft meets Borderlands, and I love it. The art-style is perfectly fitting, the addition of multiplayer co-op is great and the whole weapon customization feature seems pretty slick. Granted, I haven’t actually played the game but it’s definitely on my list (I don’t think I’ve purchased it yet, but I should check my Steam library to be sure.)

You can see what the new “Firestorm” update looks like for DieselStormers in the screenshots below. 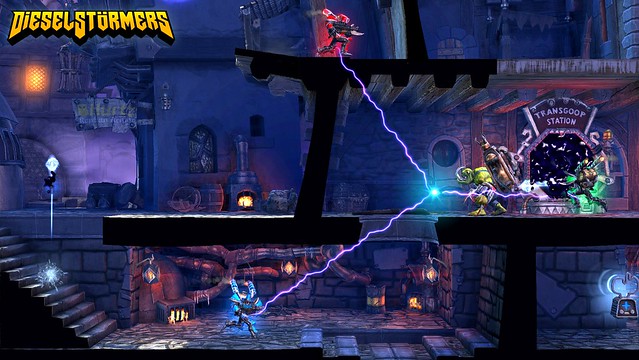 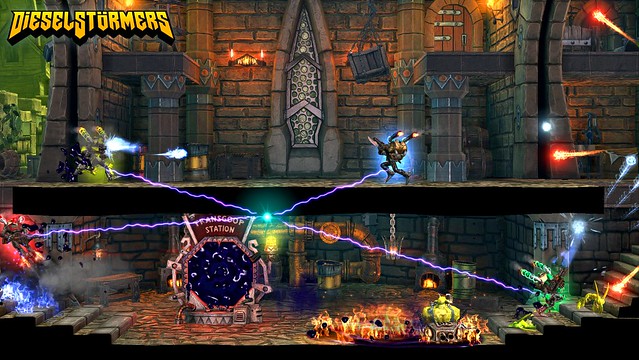 “There’s more action and variety coming to Dieselstormers with ‘Firestorm’ – and that’s only the beginning. We plan to release more updates every few weeks in order to give players a good experience, even at this early stage of development,”

“First of all, we want to collect as much feedback as possible right now. We’re looking very closely at the players’ wishes and suggestions, using them to create a great game”

The new enemies, new weapons, new mission type and customization features are live right now in DieselStormers like the fiery blood of a heroin addict boils with every fresh injection.

You can grab the game right now from Steam’s Early Access platform, but if you prefer your games fully baked and complete, you might want to wait until the game is finished before investing any money into it.