Wii U Sales May Be Slowing In Japan, But The PS4 Is Dying Over There 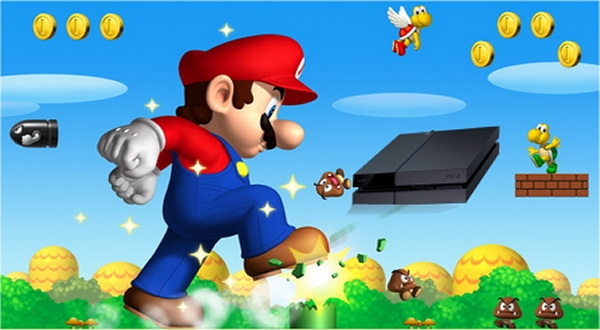 Nintendo’s little console-that-could is still showing that it can still huff and puff with the big boys, and it’s doing so while entertaining some waning momentum over in the land of the rising sun… if the weekly Media Create sales data is anything to go by. The sales data for the week ending on July 20th has gone live and it shows some dwindling promise for Nintendo’s Wii U, and a near graveyard trip for the PS4.

Gematsu managed to get their hands on the stats from 4Gamers.net, a Japanese gaming website. The stats roll out the following hardware numbers for the consoles in a typical list format. Check it out below.

Anyway, the Wii U is slowly dwindling down from being in the double digit sales bracket; it’s still leading on Sony’s PlayStation 4, which has actually managed to drop below the sales of the PS3.

Here’s the thing: previously it was mentioned that the Wii U’s lead on the PlayStation 4 was simply due to Sony’s fourth generation home console not having enough games to lure in the Japanese crowd. ‘The software aren’t Eastern enough’, they said. ‘It just needs more software’, they said. ‘The PS3 is still the better console’, they said.

However, the stats aren’t quite living up to the excuses. The Wii U is still leading on the PlayStation 3 and it has far less software than Sony’s third-generation home console. In fact, the PS3 has two games in the top 10 software charts for the week ending on July 20th, where-as the Wii U only has one game on the chart… Mario Kart 8. The PS4 doesn’t enter onto the list until the 14th spot.

The crazy part about is it that the Wii U is still beating both PlayStation consoles at the moment. What’s worse is that the PS3 is now outselling the PS4 in Japan. What happened?

While we can point fingers at a lack of proper software support, one would at least think that the PS3 would be able to hold its own against the Wii U; it’s not.

At first it seemed novel that the Wii U would be able to take the PlayStation 4 to task in Japan, as we first saw Sony’s latest system dominating early into its launch. But now just barely six months into its appearance on the Japanese market, we’re seeing the PS4 – even with a much larger library than what the Wii U had during a similar period on the market – perform a lot worse. In fact, check out the top 10 stats from last year within the exact same sales period, courtesy of Gematsu.

The Wii U is almost down by 40% of what it was moving last year during the same period. The PS3 is also down compared to the previous year, too. Heck, everything is down in Japan. Now even if you want to say that the Wii U’s launch in December gives it a two month advantage on the PS4, you can check out the stats from May (which would be the equivalent time period in which both systems would have been on the market in Japan) courtesy of Gematsu.

Now of course, it should be noted that this was during the three month period when the Wii U had suffered a major software shortage due to third-party lockout, had no big games pushing sales and was dying in the hype department worse than Don King trying to make a Mike Tyson comeback possible.

The difference, however, is that there’s no shortage of games coming out (or currently out) for the PS4, as Sony has done a marvelous job of keeping all manner of games across a wide variety of genres flowing onto the system. While it may lack AAA exclusives on a regular basis, the ones that it does have haven’t done much to sway or get the attention of the Japanese audience… at all.

Nevertheless, it looks as if Nintendo has the favor of the far east, for now. The company has a good chance to revitalize some of the waning sales momentum for the Wii U this August and September with games like Hyrule Warriors and Bayonetta 2 over in Japan. Those titles also fit the “Japanese niche” that so many talk about in regards to games fitting cultural trends. The real question is how and when will the PS4 make a comeback in its home country?

TL;DR: The Wii U sales momentum is fading in Japan. The PS4 has no momentum at all and the hardware sales are dying in Japan.

35 thoughts on “Wii U Sales May Be Slowing In Japan, But The PS4 Is Dying Over There”