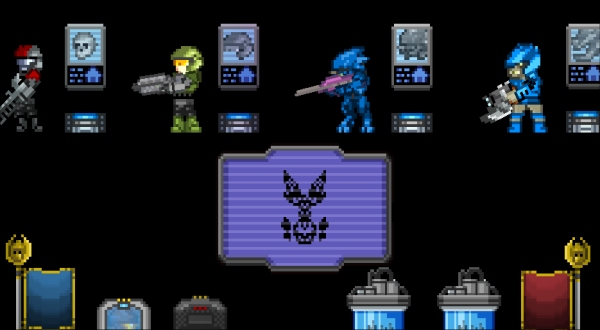 Another entry in the spotlight for Starbound’s illustrious modding scene; this time the Halo Ultra mod is put front and center of the pack. It’s a mod I had quite a bit of fun with and found myself genuinely impressed with how much work went into the mod.

So one of the things the mod does that will first strike your attention is that it offers players the option of playing as an Elite or a Brute. This is pretty cool because the mod has accompanying weapons and armor suited for the game’s other races (including humans) but it also has takes into account the new Elite and Brute classes as well. This gives players a lot more variety in how they decide to venture throughout the uncharted, procedural galaxy before them.

Players can basically set down crafting entities from the main crafting table by simply scrolling through and purchasing the entities for a single pixel. This opens up the option for players to then go through and craft armor, weapons and even NPC spawners. The crafting entities are design to look like sprite versions of the 3D counterparts from the games. The armor and gun racks look spot on, and the Cortana hologram helps add some aesthetic gravitas to the overall Halo experience.

But it feels like I’m languishing on topics that aren’t the real meat and potatoes of the mod; the guns are where the mod shines and shines its brightest.

While the various armor types – for Spartans, Elites and Brutes – look amazing in the game and even enable players to modify the color of different parts of the armor using a nifty colorizer, it’s the inclusion of the series’ highly notable and undeniably cool weapon cache that makes the mod shine like crack on an addict’s yellow teeth.

I love being able to switch to the various weapon tiers of the different weapons – some of the weapons are duplicates from the different iterations of Halo, such as the two different assault rifles from Halo and Halo 3 or the multiple magnums present throughout the series – as each weapon serves its own necessary purpose at the differing tiers throughout the game. 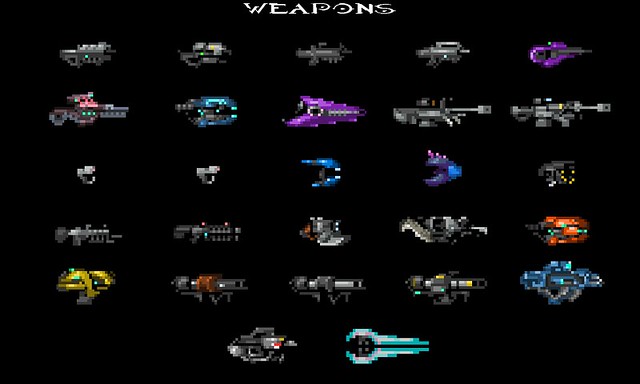 My only gripe with the mod is that right now everything can be acquired for only a single pixel. That’s right, you can be a poor-arse newb and still manage to afford all the low, mid and high-tier weapons offered by the mod.

I imagine there will be progression walls implemented at some point in order to balance this feature out, but right now it’s a bit of a cheater’s paradise as a few of the weapons are extremely high-powered.

Nevertheless, nothing really beats equipping a magnum in each hand and dual-wielding those bad boys while blasting down some stay-puff looking mutant aliens that look like they escaped from a Dr. Seuss book.

Nevertheless, if you really want to spice up your Starbound experience with some UNSC goodness, you really can’t go wrong with the Halo Ultra mod from community user Pantherine.

It’s the perfect sort of mod that you and your friends might have a blast with as you journey throughout the galaxy laying down beatdowns like The Rock laid out smackdowns during the early 2000s.

You can check out the mod right now, for free, for Chucklefish Studios’ Early Access title by paying a visit to the official PlayStarbound community page. Just register and download the mod. The installation instructions are right there on the site, so it should be a hop, skip and a jump to get it up and running.