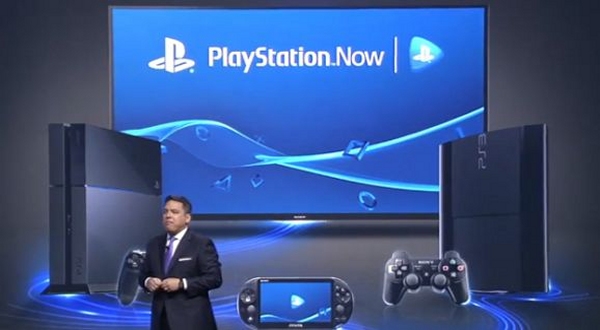 Want to get in on the PlayStation Now beta? Need a few more pricing details before you take the financial plunge? Still turned off with the pricing model like a cheerleader being asked to the prom by a pimply-faced D&D player? Well, there’s some good news and some okay news coming out of the official open beta launch for PlayStation Now.

GamesIndustry.biz caught wind of the announcement as Sony made it known that they’re finally bringing PS Now from out of the shadows and into the open like a professional trench-coat-wearing flasher, exposing the streaming goods to gamers like a schlong in the night.

For now the service is limited to streaming only PlayStation 3 games – more than 100, to be exact – and only PlayStation 4 users can make use of PS Now. However, down the line Sony will enable more than just PS3 games to be available via the service and users will be able to access content from their mobile devices Sony smart TVs, PS Vita and some tablet devices.

Some form of backwards compatibility is definitely a welcome addition to the PS4’s repertoire, no doubt.

As noted in the GI.biz article…

“During the open beta, users will have four different options when renting. Games can be accessed for a four-hour period, or for 7-day, 30-day, or 90-day stretches of time. Pricing on the titles and rental periods is also variable, but the least expensive option at the moment is a $2.99 fee for a four-hour rental.”

So here’s where a lot of that lingering anger comes from in regards to the gaming community not necessarily being keen on adopting the new service; many feel that PS Now is just way too overpriced for what it offers and that it would just be cheaper in the long run to buy a PS3 and get used games from GameStop. No arguments here about that tactic.

Gamers have opted to request Sony to bring in a subscription-based service model for PlayStation Now, which would enable users to just pay an annual flat-rate for access to the games as opposed to paying per game or exorbitant prices for a few hours of play. Sony is looking into opening up the subscription model down the line for PS Now, so your pleas, requests, cries and demands have been heard.

Of course, the real question will be whether or not the service will have long-term appeal and stability? How well will gamers adapt to service outages? Latency issues? Lag? And will the cost of entry be worth it over the long haul? A lot of this will depend on how Sony adapts the service to the market, so we’ll see.

The beta is currently open for PlayStation 4 owners and you can get in on the action right now. To learn more about the service be sure to pay a kind visit to the official website.