Payday: The Heist Will Be Completely Free For 24 Hours On October 18th 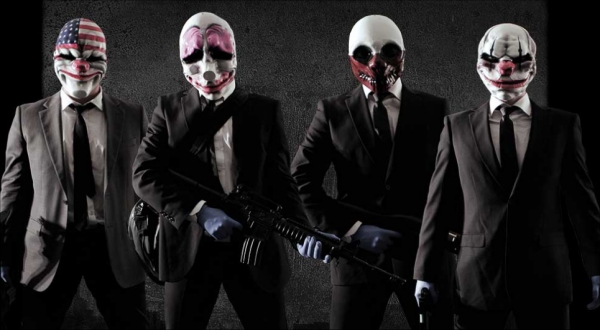 The news comes courtesy of Reddit user phaxar, who spotted the Steam Community thread by Overkill Software. The thread blatantly states that…

“This means that for 24 hours on October 18th, PAYDAY: The Heist will be free to download here on Steam for you to keep forever.

“Have a good Sunday everyone.”

You’re probably terribly confused at all of this. I don’t blame you. 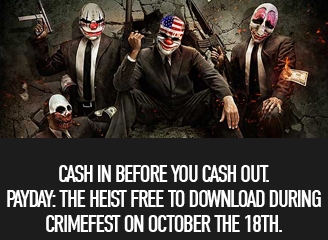 So here’s the thing, Overkill is trying to reach 1.5 million active users in the Payday 2 community. They’re about 450,000 users away from that goal, and they want to reach it by October.

As they get nearer to that goal they will be unleashing goodies and freebies to their dedicated and loyal community (as well as freebies and goodies for anyone acute enough to catch wind of the news).

It’s a terribly good time to be a fan of Payday, so long as you can get your friends joining in on the action and moving that goal post closer and closer to the 1.5 million mark.

Payday 2 easily goes down as one of my favorite games of 2013, and I thought the team knocked it out of the ballpark The weapon mechanics were solid; the customization features were tight; the stages were well designed; the replay factors were righteous. It’s the sort of game that requires a real time-sink and I thought Overkill did a marvelous job as far as engagement and entertainment goes.

You can learn more about what the team is planning for October by visiting the official website. The promotion is only good for the PC version of the game, so don’t expect freebies if you have a PS3 or Xbox 360.

2 thoughts on “Payday: The Heist Will Be Completely Free For 24 Hours On October 18th”