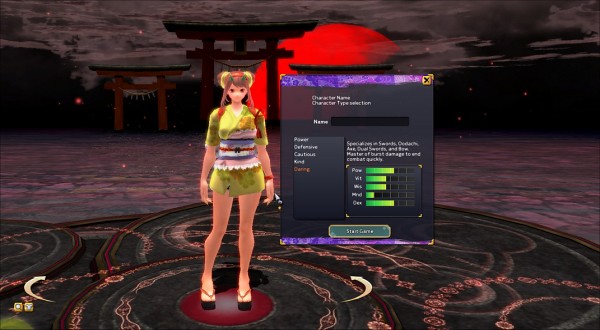 A short while ago Onigiri had been announced as a launch title for the Xbox One over in Japan, when it goes live on September 4th. The game is an MMO based around Japanese mythology and legendary folklore. A video helps give gamers an idea of what they can expect from Onigiri on the Xbox One, as far as character customization and creation goes.

MMORPG.ph – better known as MMORPG Phillipines – captured a few minutes of the character creation process to give gamers an idea of what it is they can look forward to when the game launches for Microsoft’s home console. Can check out the video below.

It should be made known that CyberStep’s free-to-play MMO is very heavy on the fan-service, so if you enjoy seeing a lot of loose cleavage and in-your-face mammaries, there’s no shortage of it in Onigiri. In fact, you’ll be blasted with all sorts of borderline NSFW content just by visiting the game’s official website right here. Oh I know a bunch of you want to click it so bad, but you’re sitting there on the edge of your seats counting down the time until you get off work so you can hover your mouse over that link like a lion stalking a gazelle. Heck, I’m willing to bet that there’s probably a lot of sweaty foreheads right now. Don’t worry ace, that link will be there when you get home.

Anyway, the game itself is kind of weird and typically Japanese. The game’s over-the-top flair and unbridled bodies of buxom characteristics will probably carry it a long way with a certain crowd.

The thing is, this game is already available on PC and on the PlayStation 4 over in Japan, so the Xbox One will definitely be coming in behind the curve with this game as far as launch parity goes. Then again, Microsoft needs every single game on their system that they can afford to get and if that means coming in for the dried up, dripping remains of tawdry thirds (which is even worse than sloppy seconds) then they’re going to go all in, licking up every last little drop.

The Xbox One will be rolling out in Japan on September 4th, as well as other tier-two countries throughout the remainder of September, including mainland China.